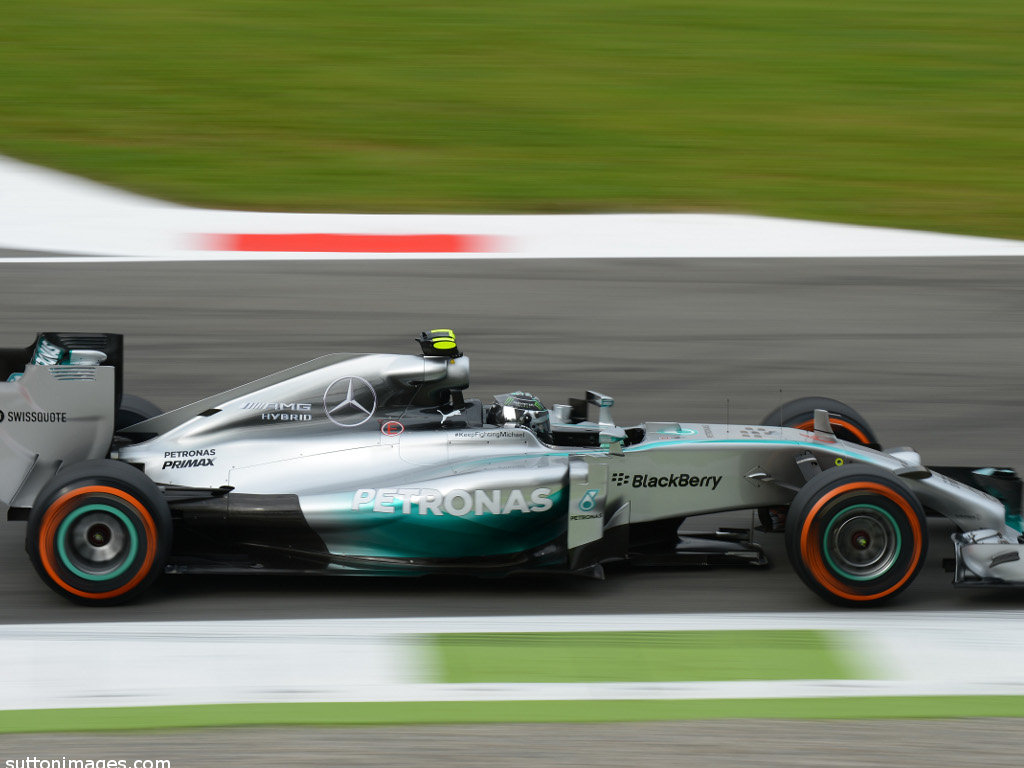 There was good news and bad news for Mercedes during FP2 at Monza with Nico Rosberg claiming P1, but Lewis Hamilton’s bad luck continued.

It all went according to plan for the Championship pacesetters during the first session with Hamilton topping the time sheets and Rosberg slotting in at P3. The German made sure Merc stayed top with a 1:26.225 on medium tyres in warmer conditions in the afternoon, but Hamilton was left frustrated for most of the session.

Although he managed to finish P2 with his time only 0.061 slower than his team-mate’s, Hamilton spend most of the time in the Mercedes garage as his car initially failed to fire. The mechanics were forced to remove the floor to try to get to the bottom of the problem. An electronics issue during FP1 led to a problem with his hydraulics sensor.

The car was eventually fixed and he headed out with just 30 minutes remaining and completed 16 laps compared to Rosberg’s 41.

Ferrari gave their home fans plenty to shout about with Kimi Raikkonen and Fernando Alonso following the two Mercs with times of 1:26.331 and 1:26.565 respectively. Not only did the two drivers have good qualifying speed, but they looked solid on the long runs.

The same can be said of Williams with Valtteri Bottas completing the top five, but Felipe Massa was worryingly down in P9. McLaren, after a P2 in the morning, edged Red Bull with Jenson Button sixth and Sebastian Vettel seventh.

Vettel’s Red Bull team-mate Daniel Ricciardo, who won last time out at Spa, had some problems with ERS and DRS in the morning and he wasn’t at his best again as he was down in 10th.

Further down the grid, Jules Bianchi managed to get the better of both Lotus cars as his 1:28.659 helped him to finish P17, ahead of Pastor Maldonado.