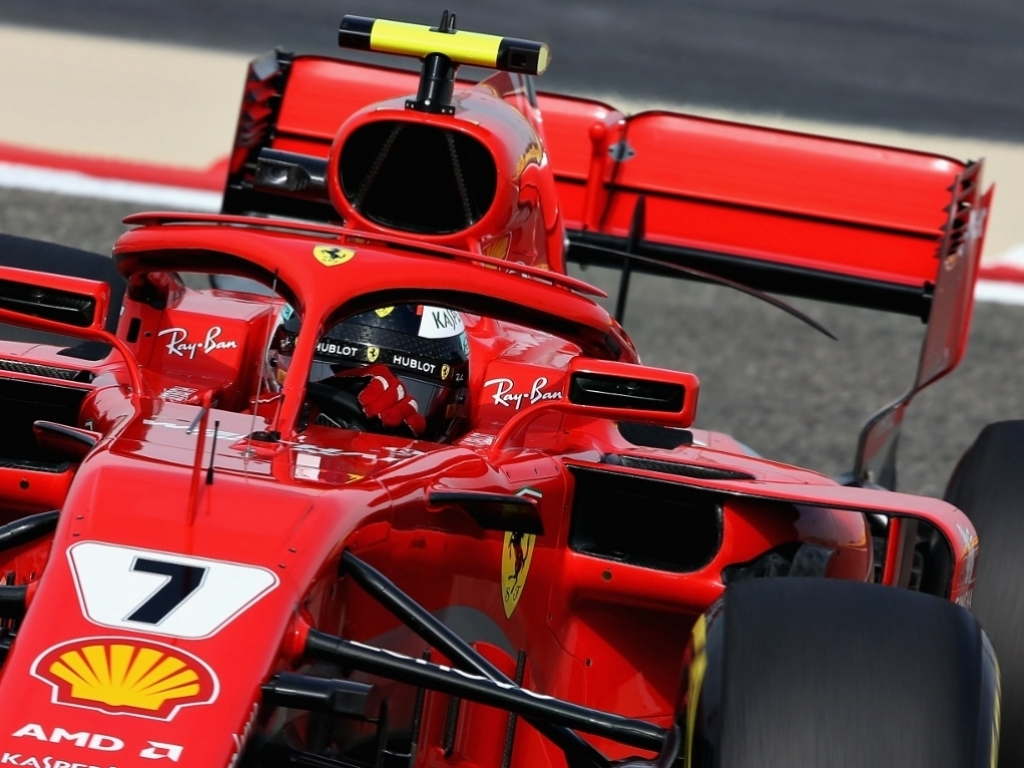 Kimi Raikkonen set the pace in FP2 in Bahrain as the lights took effect and the supersoft tyres failed to make a massive impact on the lap times.

Following a hot first practice in broad daylight, the more representative FP2 began at 6pm local time with Sakhir circuit's lighting system in effect and the track temperature down to 32'C.

The drivers opted for a mix of the medium and soft tyres for their early run with Sebastian Vettel sitting at the top of the standings before they swapped to the supersoft Pirellis as they put in qualifying simulations.

Despite the fast tyres, and likely light fuel loads, the drivers did not make the improvements that were expected.

Kimi Raikkonen went two-tenths up on Vettel's soft tyre run and Valtteri Bottas couldn't even shave a tenth of a second off his time.

That put the German 0.011s down on Raikkonen's best.

However, the Finn's session ended 15 minutes early as left the pits with a loose front wheel. He was forced to park the car and Ferrari can expect a monetary fine.

This car produced the fastest lap of #FP2 so far

Bottas was third fastest, half a second off the pace, and may face a visit to the stewards and a possible penalty after tripping up Daniel Ricciardo.

Lewis Hamilton was fourth as he faced traffic and more traffic as he tried to put in a hot lap while Max Verstappen was sixth ahead of Ricciardo and Nico Hulkenberg.

On race-pace it looked as if Ferrari, and especially Vettel, had the edge ahead of Red Bull and then Mercedes.

There were minor issues for Sergey Sirotkin, who spun, and Charles Leclerc who put his Sauber in the kitty litter.

He dropped it on the kerb, put on too much throttle and spun off but escaped without damage.