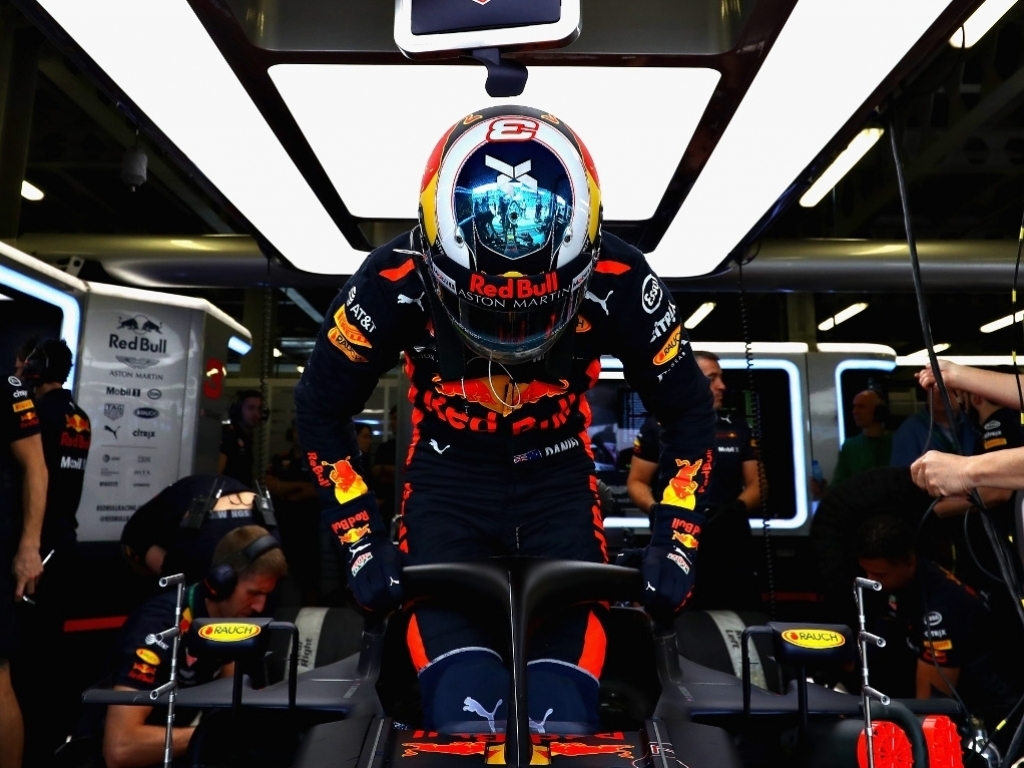 Friday evening’s second practice in Baku belonged to Daniel Ricciardo, who led almost from start to finish to edge Kimi Raikkonen by 0.069s.

With the temperature falling 11 degrees between sessions, the drivers found the going very slippery in second practice for the Azerbaijan Grand Prix.

Within the first 15 minutes, Sergio Perez, Sebastian Vettel, Lance Stroll (twice), Brendon Hartley and Kimi Raikkonen all ventured down escape roads as they tried to save their tyres after locking up.

Ricciardo led the early running with a 1:43.947, two-tenths up on Mercedes’ Lewis Hamilton.

But while the Aussie was having a fun time out on track, his team-mate Max Verstappen, whose RB14 suffered left hand front suspension, rear wing and sidepod damage in his FP1 shunt, missed the first 20 minutes of running.

And when he finally got out, he locked up after just three corners and added his name to the growing list of drivers taking to the escape roads.

Raikkonen grabbed a tow from Lewis Hamilton to go second fastest, 0.069s down on the Red Bull driver, with Max Verstappen third.

The Dutchman had a late engine issue and was told to keep his engine revs down as he limped back to the pits.

Sebastian Vettel’s first attempt at a qualifying simulation ended with a lock up and a spin at Turn 15 while Lewis Hamilton’s also saw a lock up from the Brit, his coming at Turn 7.

They were fifth and 11th with Hamilton the one ahead.

Marcus Ericsson was slowest of all as he covered just nine laps before a gearbox issue put him out of the running.