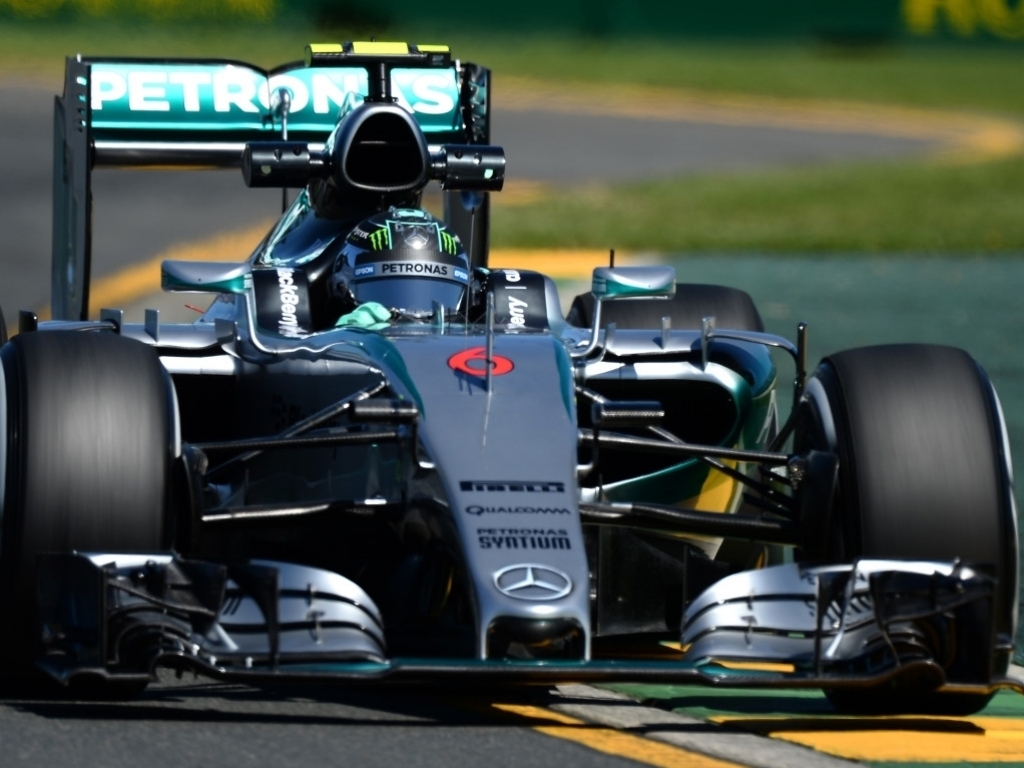 Nico Rosberg and Lewis Hamilton signalled their intent in FP2 as they finished 1-2 in a session that was briefly red flagged when Kevin Magnussen crashed.

On just his fourth lap of the afternoon at the Melbourne circuit, Magnussen, who is filling in for Fernando Alonso as he continues to recover from a concussion, went off at Turn 6.

Careering through the gravel, the Dane smacked the wall, breaking the front left suspension of his MP4-30 and bringing out the red flags.

The good news, though, was that Magnussen immediately stated he was "completely fine."

With the action back underway after a nine-minute stoppage, Ferrari were one of the first teams to swap to the soft tyres with Sebastian Vettel and Kimi Raikkonen leaping to the front of the timesheets.

However, when Mercedes later did their soft tyres, the Scuderia had no answer to Rosberg and Hamilton's blistering pace.

The German posted a 1:27.697 to go 0.100s quicker than his team-mate while Vettel dropped to third, 0.715s down. The Ferrari driver, though, can at least take some comfort from the fact that he is the first driver to get within a second of the Mercedes pairing.

Raikkonen was fourth fastest while Valtteri Bottas brought his Williams home in fifth place. He was the only Williams running taking part in FP2 as a water leak with his Mercedes power unit meant Felipe Massa was sidelined.

It was a similar story at Red Bull Racing as the team confirmed moments before the session began that Daniel Ricciardo's RB11 needed an engine change. He therefore sat out FP2 while his team-mate Daniil Kvyat was sixth quickest.

Carlos Sainz Jr, who had an impressive spin at Turn 15 in the latter stages of practice, was seventh quickest, once again the quicker of the two Toro Rosso rookies as Max Verstappen's day was cut short with a battery issue, while Pastor Maldonado was eighth for Lotus.

Meanwhile there was some good news down at Sauber as Felipe Nasr and Marcus Ericsson were the first two drivers out on track in the late afternoon session.

While team boss Monisha Kaltenborn dealt with legal matters in the Victoria Supreme Court, her two drivers were finally putting in the laps.

Ericsson's practice, though, ended after just 14 with a suspected broken rear left suspension. The issue meant that he made a very smoky return to the pits as he limped back with the tyre rubbing up against his C34's bodywork.

Nasr had better fortunes as he covered 21 laps and finished 11th quickest.

Yet again there was no sign of Manor GP with the team revealing they were having electrical problems having only just installed the engine in the car for the first time.