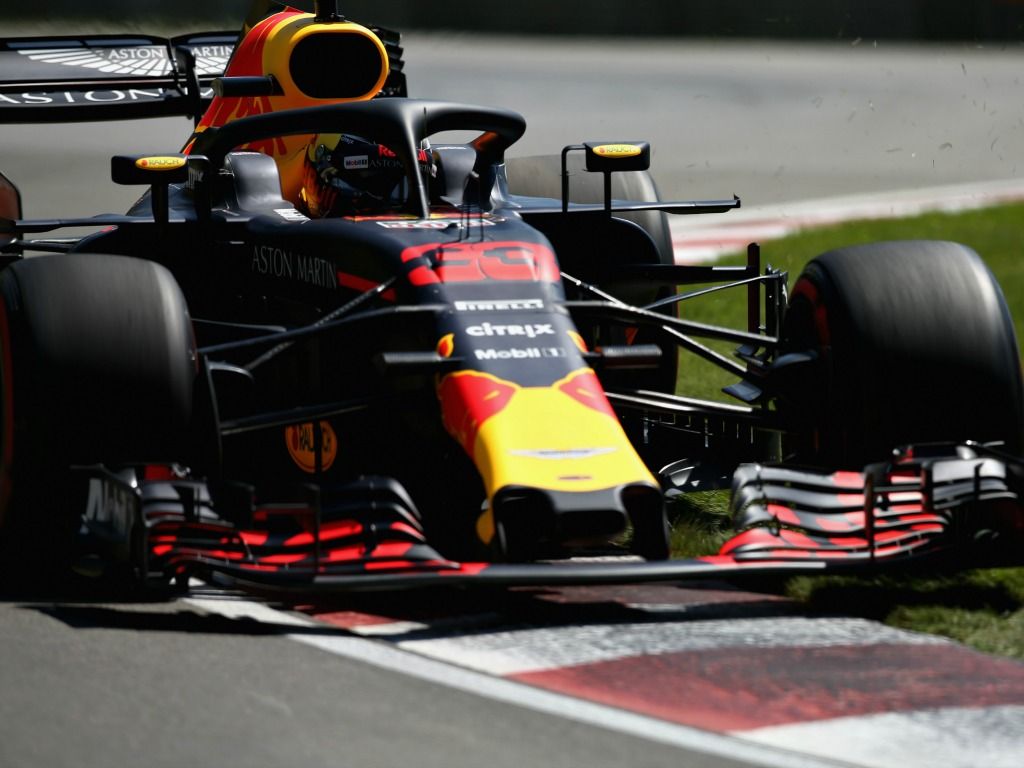 Max Verstappen has topped both practice sessions on the opening day of action at the Canadian Grand Prix weekend.

The Dutchman upped the pace by 1.2 seconds overall in Montreal, setting a 1:12.198 on the hypersoft tyres with Kimi Raikkonen his closest rival, a tenth behind in P2.

Daniel Ricciardo was a late mover on the timesheet after being forced to spend a large chunk of time in the garage due to some electrical issues.

The Aussie looked on course to pip Verstappen, but backed off in the final sector to finish four tenths behind in P3.

Lewis Hamilton, half a second off the pace, completed the top four on the supersofts, with Mercedes continuing to avoid the quickest hypersoft tyre even for the qualifying simulation programme.

Title rival Sebastian Vettel had to wait for a lot of set-up changes to be completed before he nudged himself up to P5, with Valtteri Bottas rounding off the top five.

Like FP1 earlier in the day, the session was a disjointed one as Carlos Sainz smashed the rear of his Renault into the wall at Turn 7 to force a red flag.

Soon after, McLaren’s Stoffel Vandoorne brought an early end to his afternoon after also finding the wall.

Temperatures rocketed up for the afternoon practice session, which saw the return of Force India’s Sergio Perez after Canadian Nicholas Latifi was on duty in FP1 and Nico Hulkenberg and Lance Stroll looking to make up for lost time after their earlier on-track issues.

Lewis Hamilton was on top in the opening exchanges, dropping into the 1:12.7 range on supersoft tyres before the session was red flagged with an hour left of FP2.

The culprit was an over-eager Sainz, who lost control at Turn 7 and slammed into the wall as a result. The rear of his car sustained lots of damage and a clean-up operation was required.

Sainz was able to drive back to the pits, albeit with a broken rear wing, floor and no doubt a damaged gearbox.

After a brief delay, the track went green again and the drivers dived straight into their qualifying simulation runs.

Apart from Ricciardo, that is, after Red Bull discovered a few electrical gremlins which forced the Aussie to abandon his opening stint and stay firmly rooted in the garage for some time.

Back on track, it was Verstappen who put himself back on top of the timesheets with a 1:12.198 on the hypersoft tyres. More notably, Mercedes continued to avoid the hypersofts – a tyre they have struggled on in both pre-season and at the Monaco Grand Prix.

But the qualy sim programmes were also affected, this time by a Virtual Safety Car after Vandoorne became the latest driver to find the wall.

With just under 30 minutes of the session remaining, the track went green again and most of field turned their attention to their race simulations.

There was time, though, for a late attack from an out-of-sync Ricciardo as he forced himself into the top three inside the final five minutes.