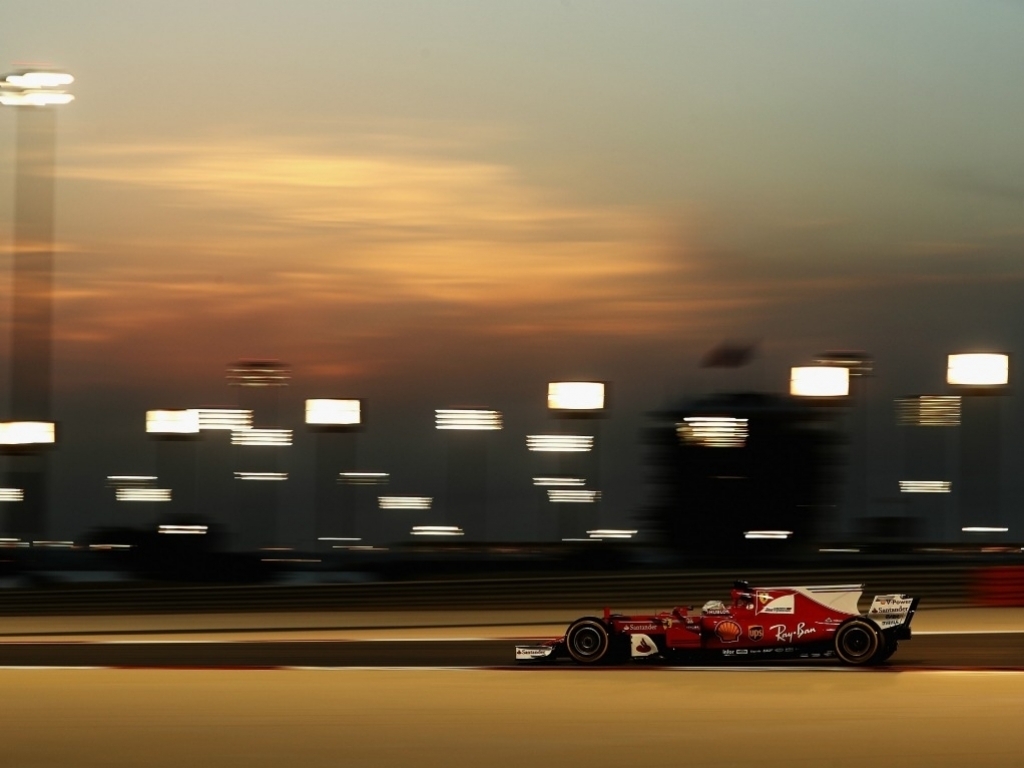 Ferrari’s Sebastian Vettel continued to top the timesheets after FP2 was run under the lights in Bahrain.

Vettel set a 1:31.310 on supersoft tyres to finish P1, but not without a small problem which forced him to come to a halt at Turn 13.

Valtteri Bottas was four hundreths off the pace in P2 and Daniel Ricciardo completed a Ferrari-Mercedes-Red Bull top three.

Kimi Raikkonen overcame his engine troubles in FP2 to finish fourth quickest, while Lewis Hamilton was fifth in a frustrating session for the Brit which included a near-miss with Renault’s Nico Hulkenberg.

As the sun began to set in Sakhir, track conditions were much more manageable compared to the sizzling heat that the drivers were faced with in FP1.

There were power unit changes for Kimi Raikkonen and Stoffel Vandoorne after both drivers came to a grinding halt during FP1, and Carlos Sainz suffered a similar fate at the start of FP2 with his engine appearing to blow at Turn 11.

After a brief Virtual Safety Car period, the session resumed with Raikkonen top of the timesheets as he looked to atone for a miserable FP1.

His lead was short-lived, though, as drivers began to switch to the supersoft tyres with just under an hour of FP2 remaining.

Mercedes then ran into some trouble with both drivers as Bottas’ ‘T-wing’ fell off for the second weekend running and Hamilton almost collided with Nico Hulkenberg as he aborted three attempts at a flying lap.

Hulkenberg was placed under investigation for dangerous driving at the Turn 9 incident and is still being made to sweat over a decision, while Verstappen would go on to collect Bottas’ ‘T-wing’ and do some substantial damage to his RB13 in the process.

Five minutes on from the near-miss, Vettel reported that his Ferrari had “completely shutdown” at Turn 13 and was wheeled back into the garage by his mechanics.

However, the problem was nowhere near as serious as his team-mate experienced earlier in the day and was soon back out on track with 25 minutes of FP2 remaining.

Teams were able to fully commit to some longer running under the spotlights in Bahrain and, as a result, there was very little change at the top of leaderboard with Vettel able to stay on top with a 1:31.310 set in the opening half hour of the session.