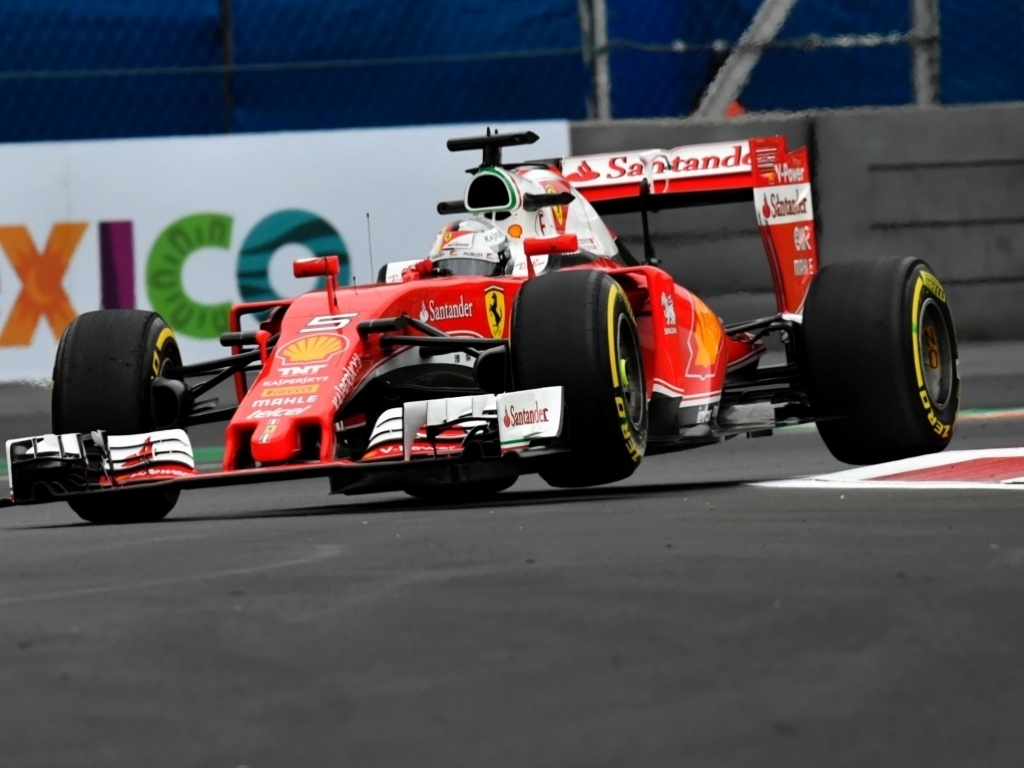 Sebastian Vettel finished the second free practice session on top of the times with a 1:19.790, beating out Lewis Hamilton by 0.004s.

On a cold day on the Autódromo Hermanos Rodríguez, Vettel surprised many on the Formula 1 paddock as he posted the fastest time on the supersofts quite early in the session, while his team-mate Kimi Raikkonen placed fourth.

Despite efforts from both Hamilton and Nico Rosberg, the duo couldn’t quite edge the German driver as they settled for two and three on timesheet.

Improving his time from the first session, Red Bull’s Daniel Ricciardo finished the session P5 as most of his session was concentrated on the medium compounds.

Splitting the two Red Bull’s, Nico Hulkenberg did well to finish above Max Verstappen, as they ended their session P6 and P7 respectively.  His, team-mate and home town hero Sergio Perez, however, finished outside the top and placed P15.

Valtteri Bottas, Carlos Sainz and Fernando Alonso completed the top ten, with the Spaniard ending his session with 15 minutes still left on the clock.

Haas ace Romain Grosjean posted his first timed lap of the day towards the end of the session as the American team called his car back in after an installation lap and seemed to have done some work on it. The Frenchman ended the session P20.

Compared to FP1, where there were red and yellow flags caused by Felipe Nasr and Verstappen, the session ran clean until the chequered flag, where Russian driver Daniil Kvyat was told switch his Toro Rosso off after it started smoking.

As the session winded down and drivers switched to mediums as the chequered flag drew closer, Vettel went unchallenged and his fastest time stood by the end of the session.