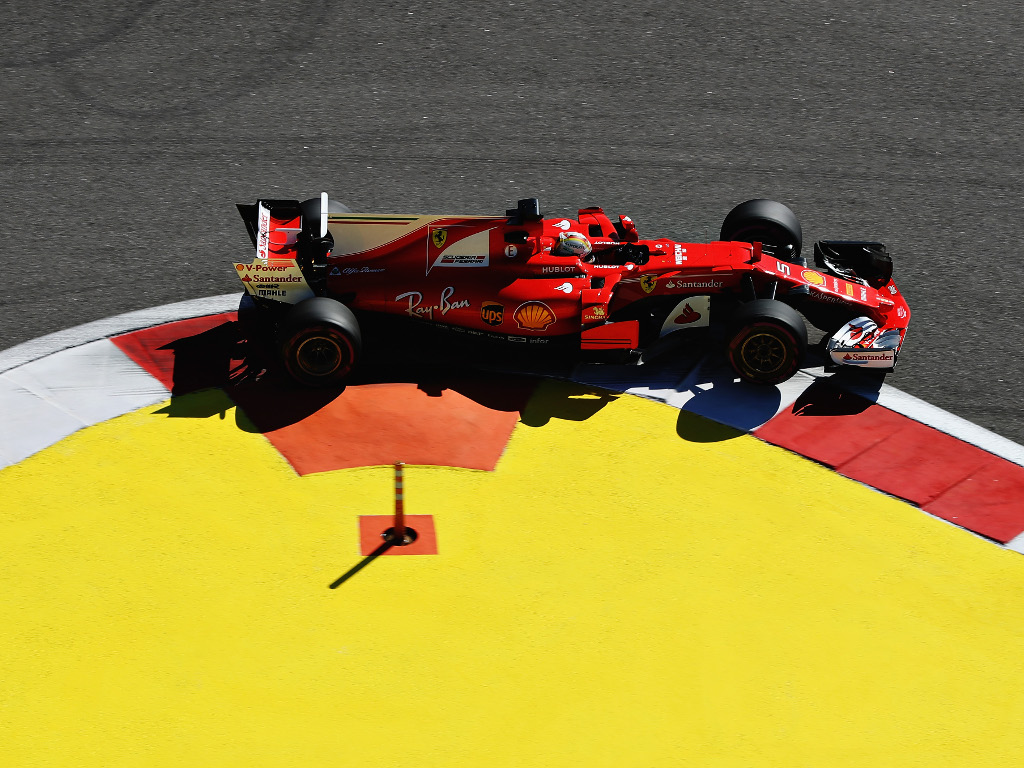 Sebastian Vettel set the new fastest time ever seen in Sochi as he led a Ferrari one-two after FP2 for the Russian Grand Prix.

The World Championship leader finished top of the timesheets with a 1:34.120, over a second quicker than Nico Rosberg’s previous outright record set in Q2 last year.

Lewis Hamilton scrappy day continued as he settled for P4 after an array of offs and aborted laps, while Max Verstappen’s session was cut short due to a power failure despite finishing P5.

Prior to this weekend’s action, Haas opted to change their brake suppliers from Brembo to Carbon Industrie  in a bid to combat their long-running problems.

However, FP2 began with an irate Romain Grosjean complaining about the same issue that has hindered the American outfit since latter stages of last season.

Daniil Kvyat then suffered a small spin at the tricky Turn 13 as the scrappy nature of FP1 carried over into the afternoon session.

Shortly afterwards, FP1 leader Kimi Raikkonen became the first driver to break below the 1:36s barrier before Hamilton made huge gains in sector three to go a quarter of a second quicker than the Finn with a 1:35.752.

With an hour of FP2 remaining, drivers began to switch to some ultrasoft runs for the first time this season.

The track record was soon broken by Vettel, who rose to the top of the timesheets with a 1:34.120. Team-mate Raikkonen closed to within two tenths but both the Mercedes drivers struggled to match the pace of Ferrari as they continued to wrestle with getting the optimum tyre temperatures.

Hamilton’s frustrating day continued as he fought both his car and traffic, leading him to abort numerous attempts at a hot lap.

Verstappen and Daniel Ricciardo were quietly going about their business behind the leading duo of Ferrari and Mercedes.

But with 20 minutes to go, Verstappen reported a loss of power and had to come to a stop at the entrance to the pit lane.

With the rest of the field staying committed to longer stints, there was very little movement on the leaderboard and Ferrari remain untouched at the top.