Home Uncategorized FP3: Three out of three for Hamilton 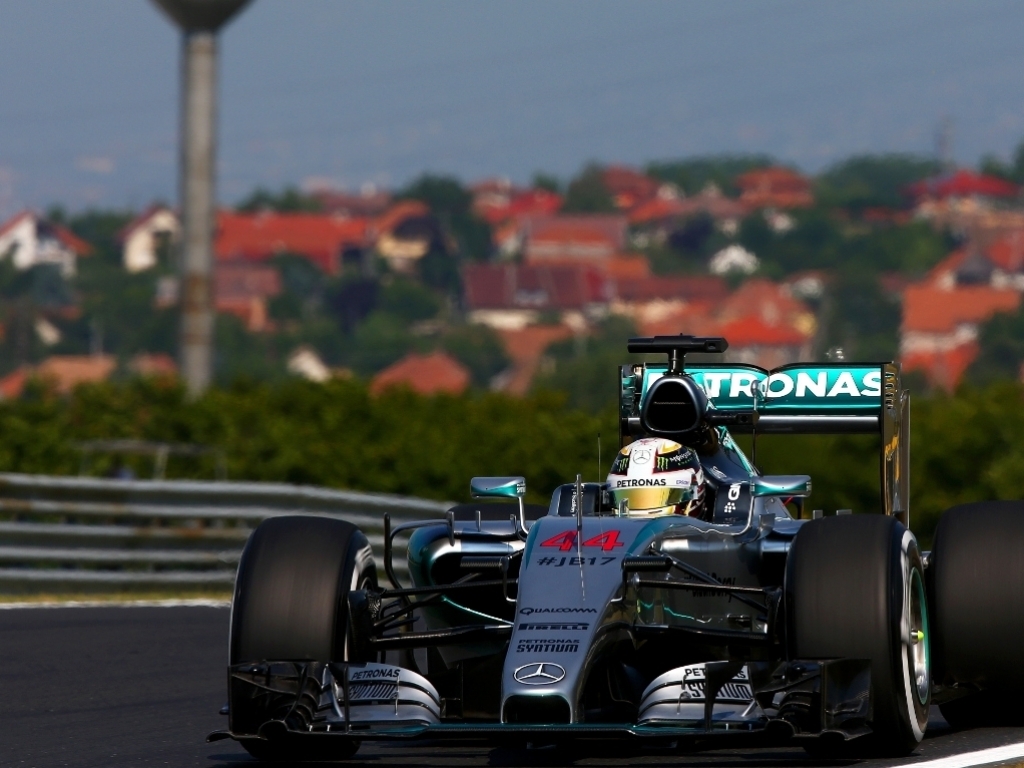 Mercedes flexed their muscles in FP3 at the Hungaroring on Saturday with Lewis Hamilton taking P1, but it appears to be anyone's game in the battle behind them.

Hamilton set the fastest time of the weekend, a 1:22.997 on the soft tyres, to edge team-mate Nico Rosberg by 0.098 with Sebastian Vettel in the Ferrari third fastest.

However, Vettel was 0.889 off P1 time and more worryingly for Ferrari is the fact that Kimi Raikkonen didn't do any running on the softer rubber due to a water leak on his car.

Ferrari will have a battle on their hands for the final podium spot as Red Bull were once again there or thereabouts with Daniil Kvyat fourth fastest – the second Red Bull of Daniel Ricciardo was ninth after a mistake in the middle sector – with Carlos Sainz completing the top five in the Toro Rosso.

There was good news for Force India following Sergio Perez's crash in FP1 on Friday as both cars were able to take part in the session as the team fixed the suspension problem.

They did some early running on the softs and Nico Hulkenberg was sixth fastest with a solid 1:24.483 and he was followed by Max Verstappen and Fernando Alonso.

McLaren again showed that they could challenge for Q3 with Alonso ahead of both Lotus cars, but it should be remembered that Williams didn't show their true pace as Felipe Massa was down in 12th with Valtteri Bottas two places below.

The session also ended on a low note for Mercedes and Rosberg stalled his car at the pitlane exit, but it didn't appear to be too big an issue for the team.