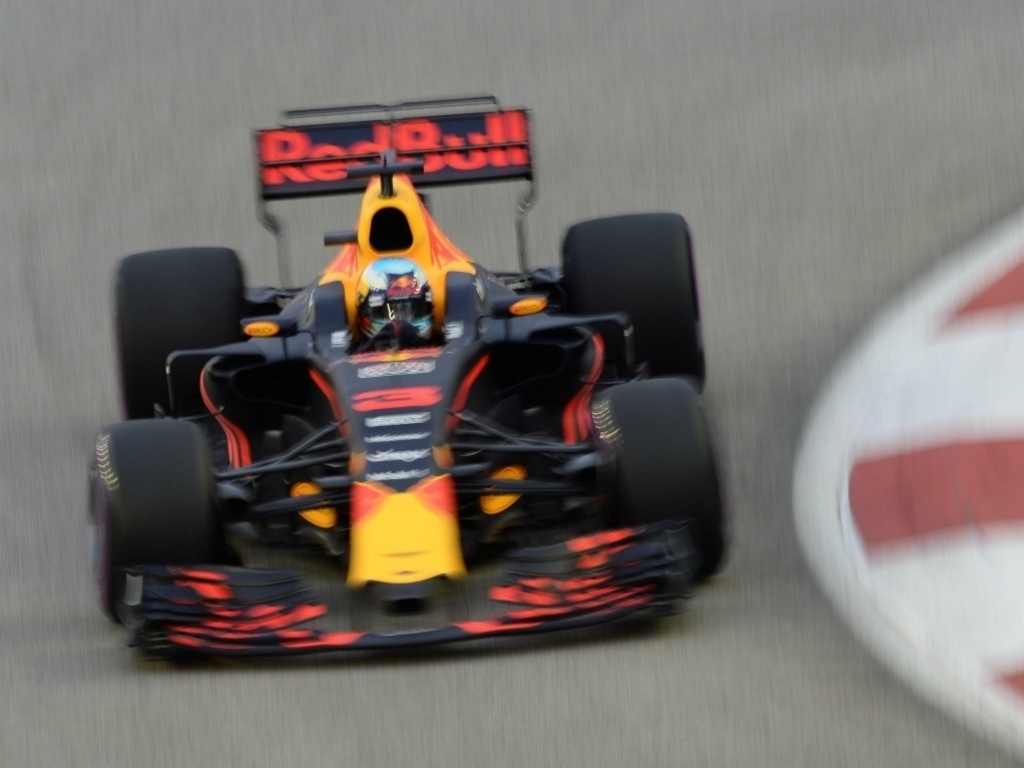 Red Bull continued to top the timesheets in Singapore as Max Verstappen was fastest in FP3 – but Sebastian Vettel and Lewis Hamilton provided hope for Ferrari and Mercedes respectively.

The Dutchman posted a best time of 1:41.829 at the Marina Bay street circuit, just 0.072s quicker than Vettel in P2, while Hamilton climbed to within two tenths after finally getting a clear track to work with.

Fernando Alonso and Stoffel Vandoorne both displayed the strength of the McLaren chassis, finishing P4 and P5 respectively, while the likes of Valtteri Bottas, P8, and Kimi Raikkonen, P9, continue to remain out of sorts.

Daniel Ricciardo, quickest in both FP1 and FP2, finished six tenths off the pace in P6 and damaged his bargeboard after hitting the wall at Turn 10.

But it was Marcus Ericsson who caused the session to be briefly red-flagged as he lost his rear wing after also colliding with the wall.

There was an initial, widespread reluctance to head out onto the track with Valtteri Bottas complaining about a distinct lack of grip on the Marina Bay circuit.

But it was Mercedes and Ferrari who were eager to get on with their finishing touches ahead of qualifying as they looked to narrow the gap to Red Bull.

With Red Bull in no rush to leave the pits, it was left to Vettel to set the early pace – but not without another close shave against the wall at Turn 21.

Both Hamilton and Bottas, meanwhile, were having to wrestle with their W08 cars throughout their early hot laps, with the latter in particular suffering from plenty of oversteer.

When the Red Bulls emerged from their slumber, it was Verstappen who set the new benchmark of the session with his first flying lap, going a second clear than Vettel with 1:42.249.

Ricciardo got to within three tenths of his team-mate before the session was briefly red-flagged due to Sauber's Marcus Ericsson hitting the wall and losing his rear wing as a result.

The session resumed with just 19 minutes remaining, prompting a frantic end to FP3 ahead of qualifying under the lights at the Marina Bay.

Vettel was able to immediately respond to the pace of the Red Bulls and was the first to dip into the 1:41 range.

A broken bargeboard kept Fernando Alonso in the garage for the longer than he would have liked, but his first hot lap saw him get to within seven tenths of Vettel's Ferrari.

Heading inside the final 10 minutes of the session, issues developed for both Red Bull drivers despite Verstappen managing to shave 0.072s off Vettel's best.

Ricciardo damaged his bargeboard after hitting the wall on the exit of Turn 10 and an electronics problem for the Dutchman meant his RB13 was shifting gear by itself.

The problems were quickly rectified, however, and both cars were able to complete what was a very intriguing and competitive session ahead of qualifying.