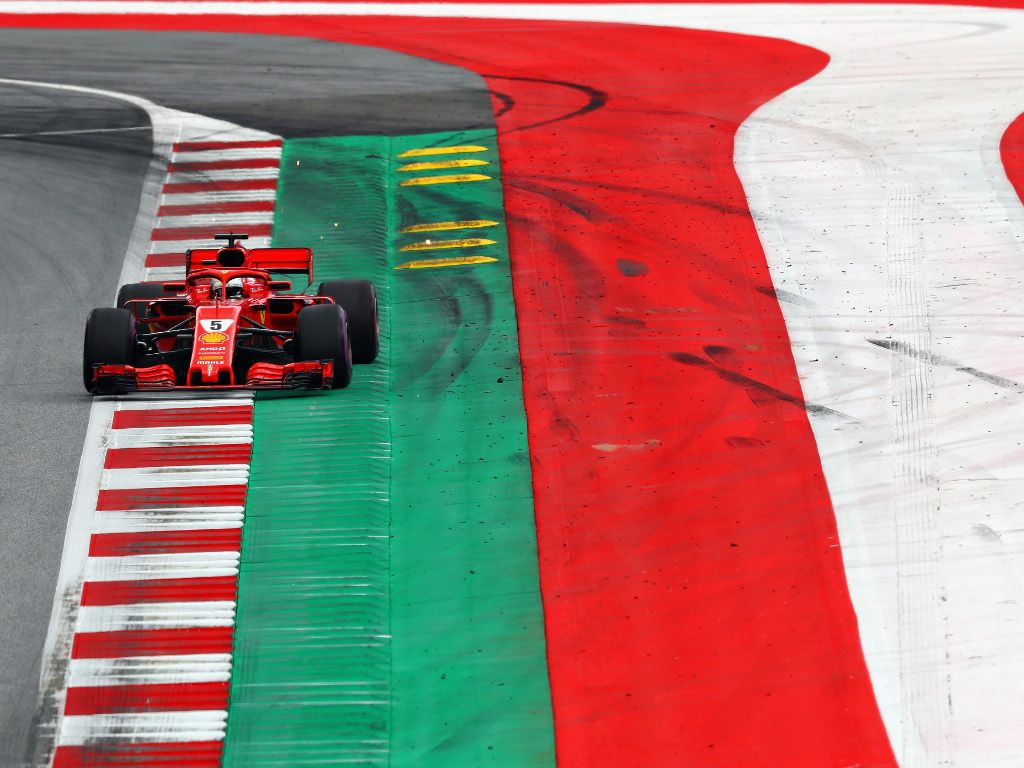 Sebastian Vettel edged Lewis Hamilton as Ferrari upped the pace in final practice, a session in which Max Verstappen’s Renault engine left him stranded on the side of the track.

With dark clouds overhead and the threat of rain in the air there was some good news at the start of FP3 with Charlie Whiting freeing up an extra set of intermediate tyres for all the drivers to use should the rain come – instead of the usual four, they’ll have five.

Ferrari upped the pace, and likely the power, as they ran 1-2 with Kimi Raikkonen setting the initial pace before Sebastian Vettel took over at the top.

However, as to be expected Mercedes still seemed to have the edge.

Valtteri Bottas and Lewis Hamilton traded P1s at the sharp end as the ultrasoft tyres were the rubber of choice.

The Finn topped the times halfway through the session with a 1:04.594.

Sebastian Vettel hit the front with a new lap record, a 1:04.040, while Raikkonen mixed it up with the Mercedes drivers as he improved to third place.

Hamilton worked his way back up to second place, finishing FP3 0.029s behind Vettel, while Bottas put in a late effort to go third.

Raikkonen was fourth ahead of Max Verstappen. The Dutchman’s session ended early as he took a trip through the gravel and moments later lost his engine.

He stopped on the side of the track, losing the final few minutes of the session.

Leclerc had an early shower as he stopped his Ferrari powered Sauber with an gearbox issue.

The kerbs again proved problematic for Stoffel Vandoorne, who took off a chunk of his front wing – twice. Brendon Hartley also broke his front wing resulting in Toro Rosso putting him on an older spec wing.