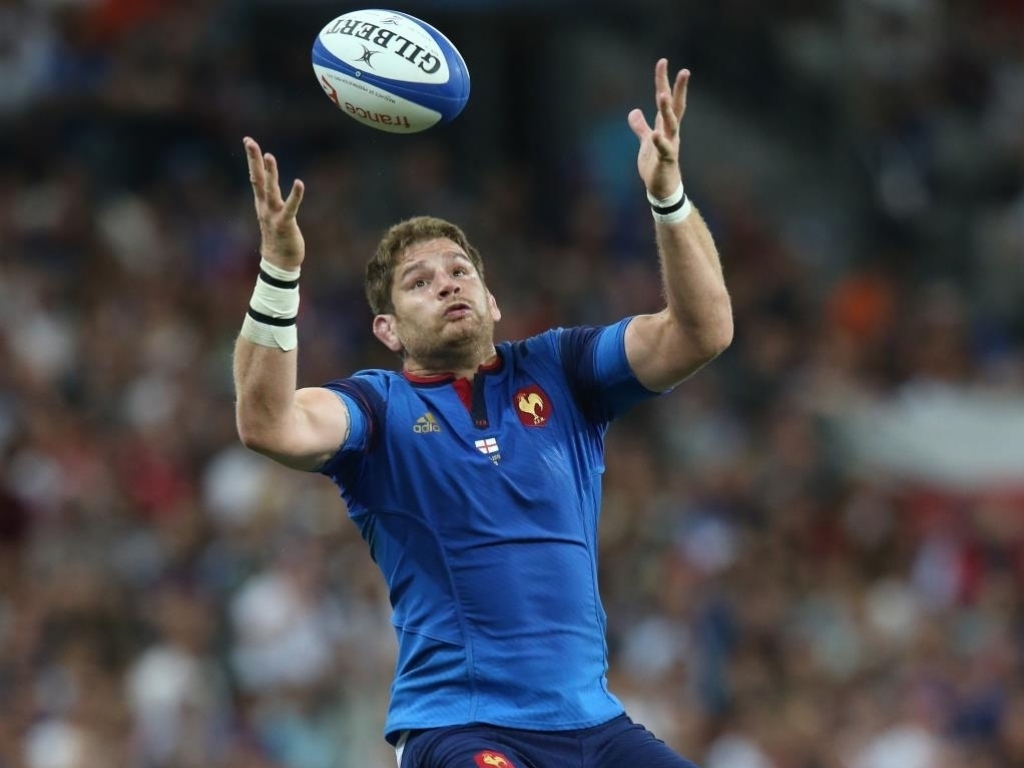 Huget then went over early in the second half, and though England fought back with tries from Danny Cipriani and Jonathan Joseph, it was a deserved victory for Philippe Saint-André's team.

England were not far off stealing the win, working their way into the French 22 in the dying seconds, but it would have been daylight robbery after being completely outplayed for most of the game.

As they had a week ago, France had the better in the scrums and the lineouts, where Tom Youngs really struggled.

Les Bleus still struggled to create chances, and almost paid for it late on as England finally started to play some rugby.

Still, this was a worrying performance from the visitors' pack, supposedly the first choice, as they were taught a lesson for much of the game, while France look to be improving heading into the World Cup.

France took control from the start and opened the scoring with a penalty from Scott Spedding from long range after England had ventured offside.

It was les Bleus who were on the front foot, and when England strayed offside again, Frédéric Michalak slotted the three points, equalling Christophe Lamaison's all-time record for points.

The French were dominating both possession and territory, forcing penalty after penalty out of the English, with Michalak slotting three more to push the lead out to 9-0, although he was off-target a couple of minutes later.

France were in complete control, but struggling to create try-scoring chances, mainly due to English indiscipline. The closest they came in the first half was after a charge from Louis Picamoles. Scrum-half Sébastien Tillous-Borde tried a chip over the top but Mike Brown just jumped highest to claim the ball and the mark.

After dominating at scrum-time a week ago, les Bleus earned their first scrum penalty on 25 minutes, with Michalak taking full advantage to stretch the lead even further.

England hit back straight away, when Yoann Maestri was caught holding on in his own half, with George Ford slotting the penalty.

However, Ford didn't seem to be at his best, with one restart out on the full, while England were struggling to get into the game.

Another penalty, after a high tackle from Billy Vunipola on Yoann Huget, allowed Michalak to make it 15-3 as half-time approached, but Ford slotted a late three-pointer for England to cut the lead to nine at half-time.

England came out with more intensity in the second half, but again their scrum let them down, conceding a penalty which allowed France to drive back into opposition territory.

Having struggled to create real opportunities in the first half, France took full advantage of their first in the second, using first Picamoles and then Mathieu Bastareaud to draw in defenders. Having created some space, Michalak then delivered a delightful inside pass for Huget, who sliced through before stepping past Brown and sprinting over. With Michalak's conversion, France led 22-6.

It could have got even better for France just before the hour, as they piled forward with Noa Nakaitaci down the left. However Michalak's cross-kick for Damien Chouly didn't go to hand, and while les Bleus got the ball back, it then went loose in midfield allowing England to clear.

Still, England were under pressure all game, and after a lovely lineout move sent Yannick Nyanga through, France tried to recycle quickly, only for Vunipola to slow the ball down and hand Michalak three more simple points.

England had struggled to create anything, but they finally found a way through with ten minutes remaining. After kicking to the corner from a penalty, the English maul struggled to make ground. However they then went through the backs, and Cipriani, on at full-back, escaped the clutches of Huget to dive over.

A comeback still seemed unlikely, but England fought back once more, and this time it was Joseph who got away down the left after a well-worked overlap.

Ford converted the second, but with England looking like they might sneak the win, France earned a crucial turnover and gratefully cleared into touch.

Man of the match: There were a number of impressive performances on the French side, not least from Louis Picamoles and the much-maligned Frédéric Michalak. However Rabah Slimani's dominance over opposite number Joe Marler was huge for France, and it was no coincidence that the English comeback started once he'd been replaced.

Moment of the match: France had the better of the first half without ever looking like scoring. The second was different with Michalak delaying a little inside ball for Yoann Huget who ran a delightful line before leaving Mike Brown trailing.

Villain of the match: No nasty stuff to report.