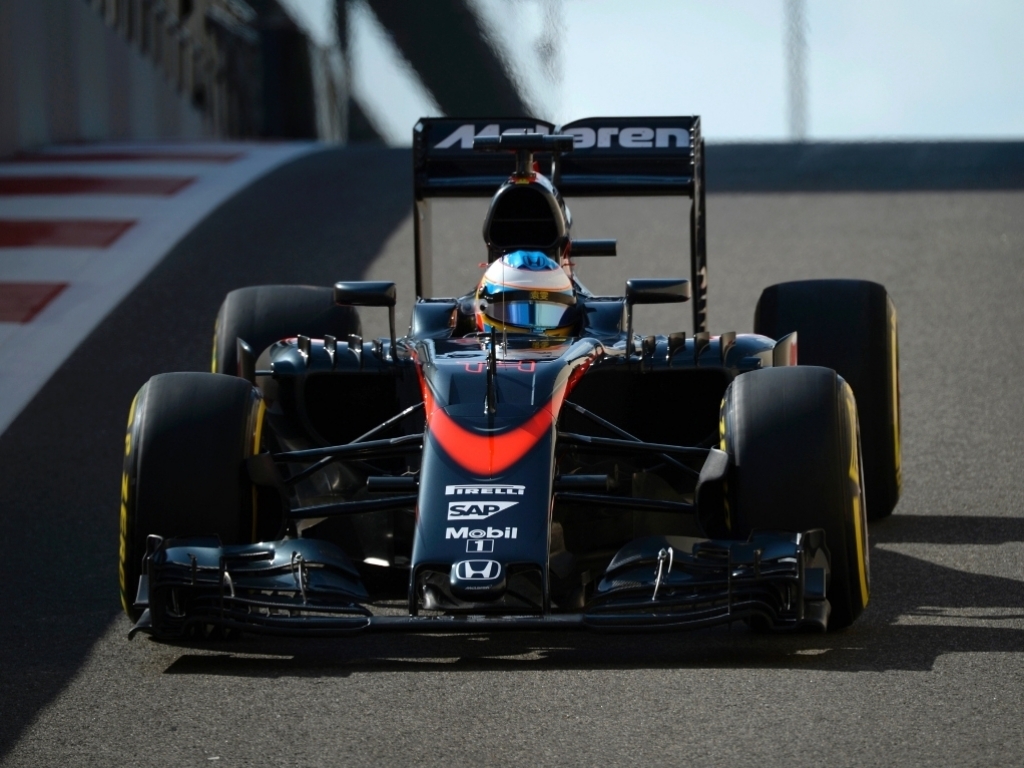 Fernando Alonso and McLaren had an impressive Friday at the Yas Marina Circuit while Pastor Maldonado also had a solid day.

Ferrari
Sebastian Vettel: “All in all it is Friday, I think we can still improve and we have to improve. We are a little bit too far behind, I would like the gap to be smaller, and bigger to the cars behind. Force India was surprisingly quick and so was Red Bull Racing. In the first practice session I took some notes on my pad, but this is only my “to do” list for today and tomorrow…”

Kimi Raikkonen: “It was a normal Friday, everything worked apart from some difficulties with the Supersoft tyres in the long run. Maybe the lap times could have been a bit better on the single lap, but overall it was not too bad. I haven’t seen the data from today yet, but it’s only Friday and we don’t know what the others were doing. Obviously there is always something that we can improve, the Mercedes seem to be very fast, but we’ll try to do as good as we can tomorrow. This is a nice place to finish the season, hopefully we can do well.”

McLaren
Fernando Alonso: “Many things could be behind this afternoon’s performance: first, I think we’ve made some improvements to the car – the team has kept pushing hard to bring performance. But, second, we probably ran the Supersoft tyre at the optimal point of the session, a little bit later than the others. I’m happy with the car, and our progress, but, unfortunately, I don’t think we’ll be ninth-fastest tomorrow. I tried the Supersoft on my long run – as we expected, there’s a bit of graining on that particular tyre, so the race will be tough, but it’ll be the same for everybody.”

Jenson Button: “Our side of the garage was trying very different things from Fernando’s. Our programme was all about gaining an understanding for next year. I’ll be changing my car over to his settings tomorrow, which’ll make it a bit more enjoyable, but it’s all useful learning. Fernando’s performance was very encouraging – we’re pretty happy with that – it’s very promising. I’ll be running that set-up on my car tomorrow, so we’ll see how it goes. Our biggest issue on the Supersoft tyre is overheating in the final sector. That makes the car quite pointy, so it’s about looking after the rears while also pushing the fronts hard to make them work in the first sector. It’s a tricky balance and will make for an interesting race.”

Lotus
Pastor Maldonado: “Today was pretty straight forward and we’ve made good progress. We’ve completed a pretty full programme and we know where we want to go with the car. There haven’t been any surprises for us today so we’re pretty happy and looking forward to tomorrow.”

Romain Grosjean: “It’s been a frustrating day as time in my car was limited in both sessions and with me only driving FP2 we’re quite a bit behind where we hoped to be. We have quite a bit of work on the set-up to get it to my liking. Everyone at the track has worked really hard over the past 36 hours and I want to be able to give them a great reward tomorrow.”