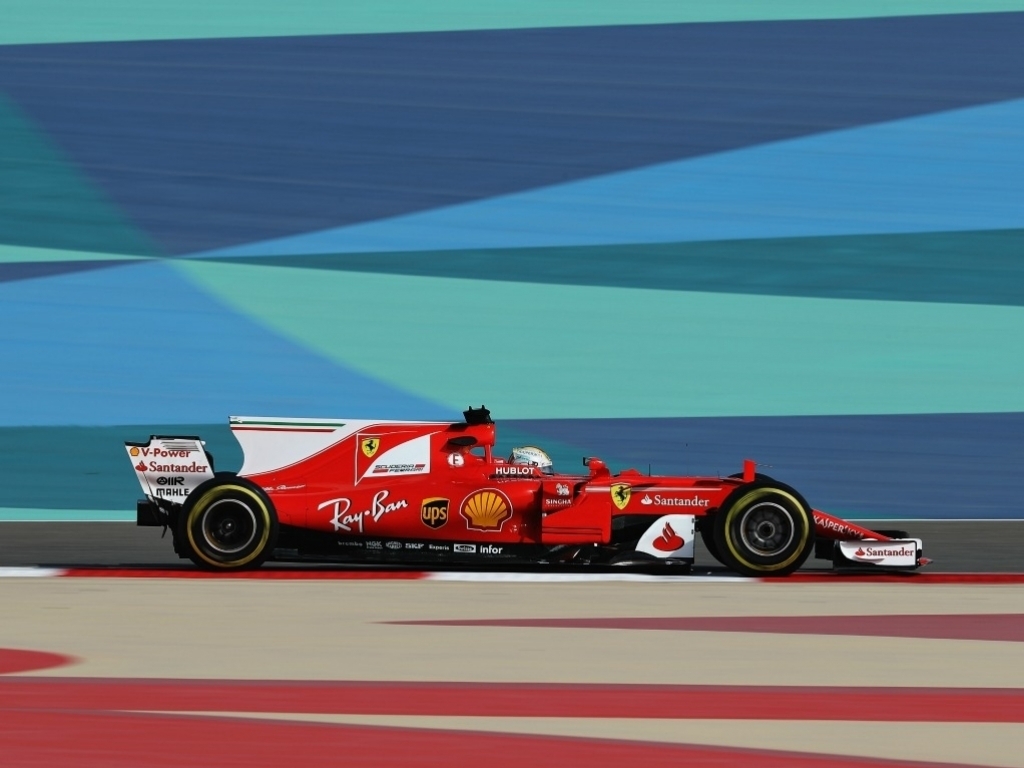 Ferrari:
Sebastian Vettel: “We had a bit of an issue. We were lucky to recover to get some laps in the end. Overall it was okay but we can improve so let’s see what happens tomorrow. I don’t know, it must have been some sort of glitch, all of a sudden everything was dark. As we saw after there was no damage and we were lucky we could recover with the issue happening late in the lap. But we don’t know. I’m sure we can fix it. But nowadays cars are not just cars, there is a lot of technology and software involved so I think something went wrong on that side.”

Kimi Raikkonen: “It’s far too early to say what we can do here and conditions were tricky today. We had an issue that stopped us in very early part of the first session; this issue had nothing to do with the engine, but rather with the turbo area. The guys did a good job in fixing the car in order to be ready for the second practice. The day could have been a bit better, but that’s how it goes. I like this circuit, but there’s nothing more special here than in other places. Obviously it’s very hot and this can be a little bit tricky for the tires. As usual on Friday there’s a lot of work to be done to be ready tomorrow.”

Mercedes:
Valtteri Bottas: “Today overall went well. Obviously, it’s difficult to learn much in FP1 with the extremely high temperatures, as the main sessions are under the lights in the evening when it’s much cooler. But we got some good data out of FP2 with short runs and long runs. The car was feeling good. We can definitely make it better but it was a positive start and I’m looking forward to qualifying. It was very hot today and the track normally improves quite a lot as you lose some of the sand, so I’m sure tomorrow we will go a lot quicker. How quick, we will find out. It’s definitely tougher than before, driving in the heat with these new cars. But I’m used to being in a Finnish sauna, so it’s no problem! It seems like the same trend continues here with it being so close with Ferrari. But Red Bull are looking good too and the whole pack is pretty close, if you look at the top six particularly. It looks like every little thing that we are going to be fine tuning today with the setup and anything extra we can find is going to be crucial for qualifying and the race.”

Lewis Hamilton: “A pretty normal Friday, really. It was incredibly hot early on, with some of the very toughest conditions – both physically and in terms of working with the tyres. We got through that and then it was much cooler in the afternoon, giving us a much better representation of what qualifying and the race will be like. I was able to get a much better understanding of where the car is in FP2. It was very close, with Ferrari fastest. In race trim they seem a couple of tenths quicker, so I’m expecting a great battle tomorrow and then again on Sunday. We’ll work as hard as we can to try to close that gap. I have a great group of fans here and I tried to wave to them every time I went out. Their smiles really make a big difference.”

Red Bull:
Daniel Ricciardo: “Today was good. FP1 is always a tricky one here in order to set the car up, because it’s so hot and the race is so cool so you have to be careful not to get carried away with what you learn during that first session. FP2 looked alright though. Normally the grip gets a lot better when the track cools down in the late afternoon, so that helped but the wind changed and the way the wind turned actually made the track slower. I think the low fuel pace looks competitive, but probably too competitive for now. I do like it but I expect Ferrari and Mercedes to sneak further ahead tomorrow. But in general it was a good day. We couldn’t really ask for more. The long runs looked like they had a bit more pace so that was probably a bit more representative. I think we did what we had to do today so I’m happy. Let’s make tomorrow a good one also.”

Max Verstappen: “I was struggling a bit with the balance today and I didn’t quite have the grip I wanted from the rear of the car. The first practice you cannot really count or read into because of the high temperatures but now in FP2 I lost track time after hitting someone’s T-wing. It was unfortunate and to be honest I’m surprised how much damage it actually did to the floor. The team did a great job to change it so quickly and check the car over before I went back out on track. The other side of the garage looks quite competitive and now we need to review which configuration was better from the two cars and then apply that for tomorrow. My aim in FP3 will be to get as many laps in as possible to make up for the lost time today and then I will have a better idea of our target for the weekend.”