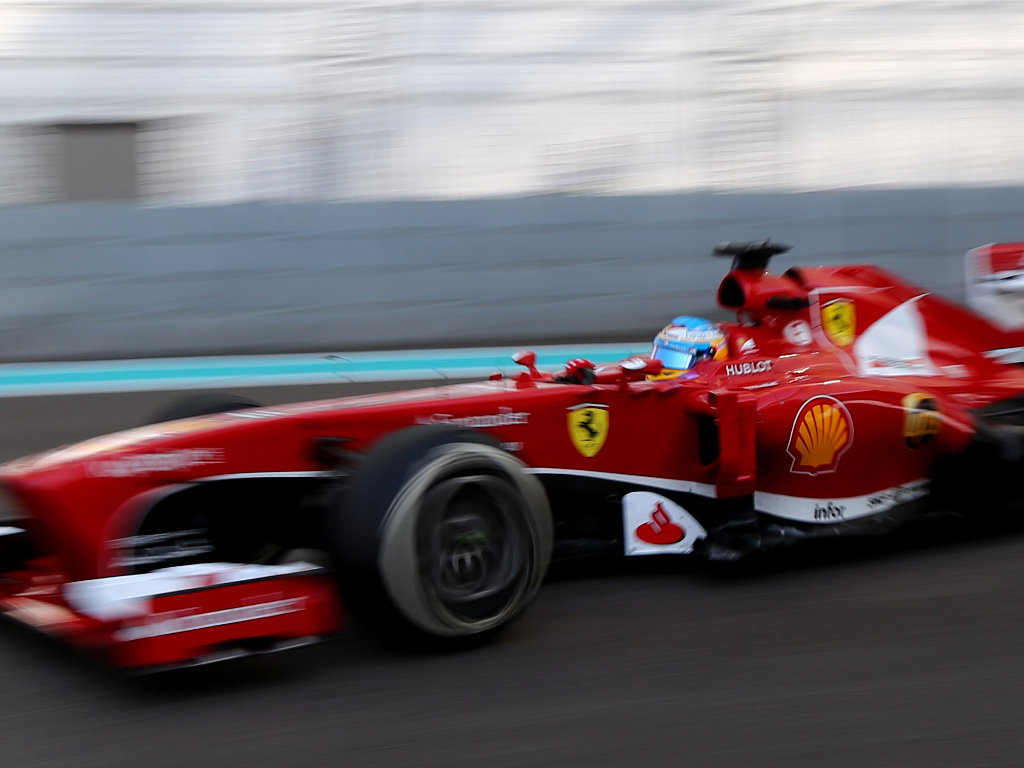 Ferrari:
Fernando Alonso: “Compared to other Fridays, today Fernando Alonso: we were a bit less competitive than usual and now we need to work out if that is down to the fact that the track characteristics do not suit our car, or if it’s a question of set-up. The tyres work better here than in India, where they suffered a lot from blistering in the fast corners, while here they are better, especially at night when the temperature drops. Unfortunately, in performance terms, we are behind our rivals for second place in the Constructors’ classification. Compared to the start of the year, they have improved and will be difficult to beat, but tomorrow we will make some changes and will do our utmost because we absolutely don’t want to give up the fight.”

Felipe Massa: “Today we got through the entire prog Felipe Massa ramme we had planned for this day, concentrating on set-up and the behaviour of the two Pirelli compounds. At the moment, I am not very pleased with the car’s behaviour, as we are not as competitive as I’d expected to be. On this track, we found ourselves running in daytime in the sunshine, with very high temperatures, with the conditions changing completely in the evening and in this situation, it’s not easy to understand which direction to go in. Now we will try and work out how to improve the car’s performance for tomorrow’s qualifying, which we know won’t be easy, but we’ll give it our best shot.”

Sauber:
Nico Hulkenberg: “It was a normal Friday. We worked through the programme we had planned and learned quite a lot about the car and the tyres today. I am confident that we will be able to show a strong performance. There is still room for improvement in the set-up of the car, but overall I’m happy.”

Esteban Gutierrez: “Today was a very productive one. We tested different set-ups on the car and evaluated how the tyres behave here. In the morning we were testing different balances, and it’s always a matter of finding the right set-up for qualifying and then the right set up for the race. Now we need to find the right compromise for tomorrow. Here the track changes a lot from the morning to the afternoon, as track temperatures vary significantly, so it is challenging to judge the car. This will be the same for qualifying and the race.”

Force India:
Paul di Resta: “It’s been quite a positive day. The general balance is not too bad, although there’s still work to do to improve the car through the high-speed part of the lap. The main issue of the afternoon was the brake failure on the front left, which caused me to run wide at turn eight. The team chose to change the brake material, which cost us about 15 minutes of track time, but we were able to do a long run on the soft tyre at the end of the session.”

Adrian Sutil: “It’s hard to say too much about today because we had to change the brake material in the middle of the second session. That had quite a big impact on the car and it was difficult to make a comparison with the set-up changes. There is quite a big difference between the two tyre compounds and at the moment I’m struggling more with the medium tyres. The general balance of the car felt okay so I’m still positive we can be in good shape tomorrow.”

Williams:
Pastor Maldonado: “It was a good day for us today. We completed our planned programme and the car felt quicker with the new updates. There are still some balance issues we need to work on, but overall there seems to be more potential in this package. We now need to check the data and thoroughly analyse today’s sessions to make further progress tomorrow, but I think we can find a bit more speed than we had today.”

Valtteri Bottas: “We tried some interesting things on Pastor’s car today with a view to 2014 and we saw some interesting results and noticeable differences in the way the car performed. We will have a busy night tonight analysing the data we have and now it is about maximising what we have and trying to get every tenth out of the car. I’m confident we can still gain some more speed for tomorrow’s qualifying and the car seems to suit this track a little better than it has the last few circuits.”