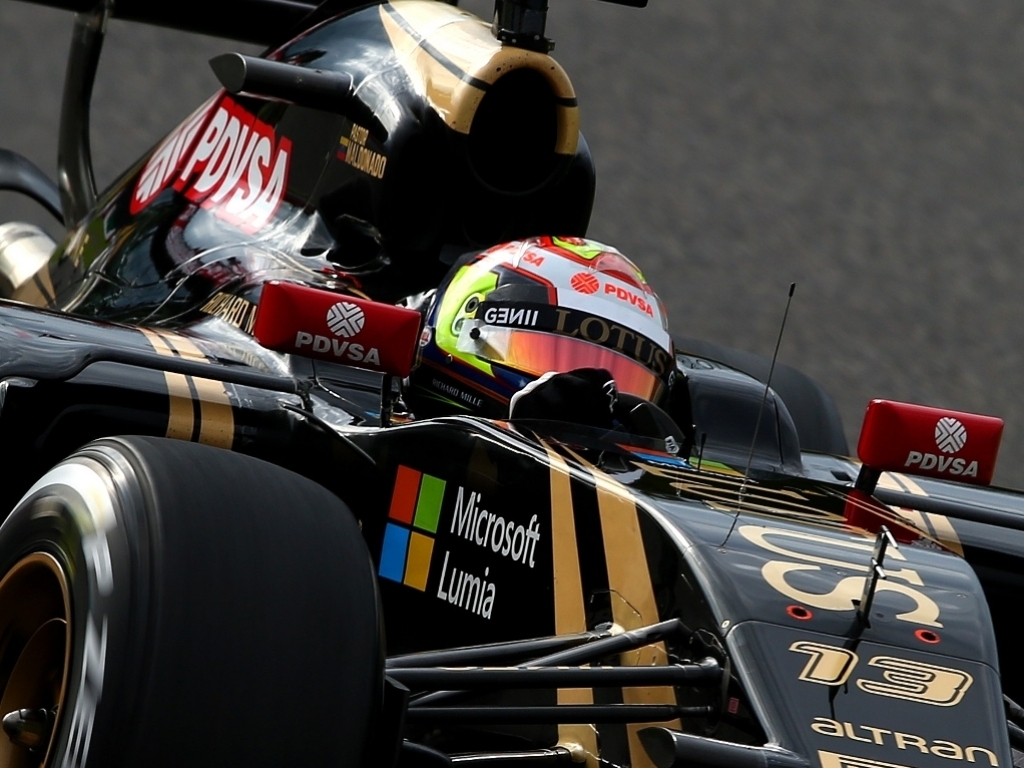 Pastor Maldonado had problems with his E23 during FP1 while American Alexander Rossi managed 11 laps at his home race in FP1.

Force India
Sergio Perez: “Since the start of the first session this morning, the conditions have not been ideal, so we have only been able to complete a handful of laps. It’s a real shame for all the fans who came to see the action. At this moment, however, my main worry is for my country. Mexico is being hit by the largest hurricane in its history and all my thoughts are with my people. I am praying for everyone to be safe. We are not expecting the weather to improve tomorrow so we are looking at very limited running, but hopefully by Sunday there will be an improvement and we’ll be able to produce a great race for the fans. Mixed conditions can be an opportunity for a big result: we just need to keep focused, calm and do what we have to do.”

Nico Hulkenberg: “When the track conditions are so poor, there is little value in running. We did a few laps but the grip was nowhere and there was no way we could collect any usable data. Tomorrow is likely to be very wet as well so there is a chance we will get to the race with very little information about the tyres and the set-up. If this is the case, it will be all about learning as we go, adapting quickly and making decisions based on the information we have. We have done that before when the circumstances were similar and I’m confident we can be competitive regardless of the amount of preparation.”

Lotus
Romain Grosjean: “It didn’t feel too bad out on track, especially with a fresh set of intermediates, however there wasn’t much point in completing a lot of laps. The main thing I learnt was that when they say everything is bigger in Texas they mean it; especially with the rain!”

Pastor Maldonado: “I only managed an installation lap today so it wasn’t the busiest day I’ve ever had at the track. We had a gearbox issue as soon as I was on track so I didn’t even set a lap time. The rain was pretty impressive, but it’s not what you want when you want to be refining the set-up of the car and collecting data. It’s the same for everyone and we’ll be busy tomorrow if the weather improves.”

Sauber Team Statement:
“It was an unusual Friday for the United States Grand Prix in Austin. During the first practice session test and reserve driver Raffaele Marciello was back in the cockpit for the fourth and last time this season – after Malaysia, Spain and the UK. Austin rookies Marciello and Marcus Ericsson were able to cover some mileage on the Circuit of the Americas in both wet and damp conditions. Raffaele Marciello completed 19 laps, whereas Marcus Ercisson put in 18 laps mainly on intermediates. In the afternoon it was not possible to run FP2 due to the severe weather conditions. Therefore, Felipe Nasr was not able to put in any laps today. For tomorrow the weather forecast is expected to be similar to today.”

Manor
Alexander Rossi: “After all the promotional activity this past week, I was looking forward to finally getting stuck into on the racing side of things. But the weather definitely had other ideas and instead it’s been a little frustrating standing on the sidelines with little opportunity for running. It doesn’t look like it will get any better tomorrow either! 11 laps wasn’t quite what I was hoping for today, but we’re all in the same boat. Literally!”

Will Stevens: “It’s always frustrating to have to spend practically a whole day of running confined to the garage, particularly when this is a new circuit for me and I really want to get stuck into the programme. Fingers crossed we’ll have a few dry moments tomorrow.”