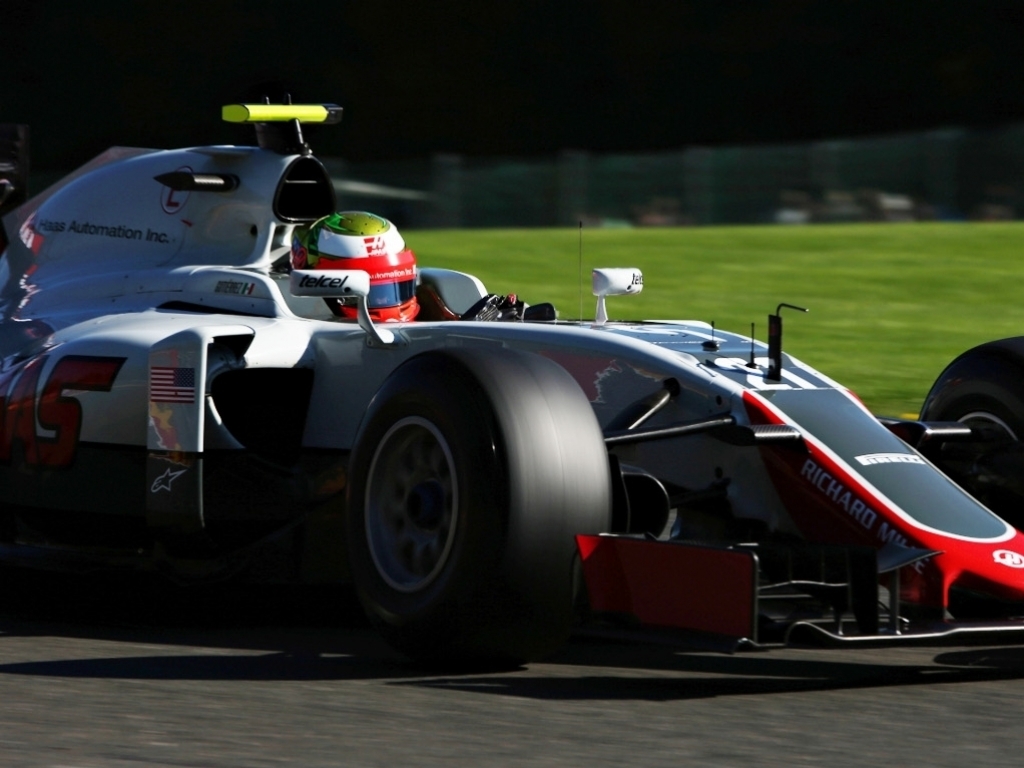 Romain Grosjean, Jenson Button and Esteban Gutierrez all featured inside the top-ten in Friday’s timesheets for the Belgian GP weekend.

Haas:
Romain Grosjean: “It’s not been an easy day for everyone. The tyres are very tricky to work. I’m not so happy with the tyre pressure we have to run here. It makes things challenging. On supersofts in the afternoon, we ran better. The car felt more together, which was definitely a positive. Unfortunately, we couldn’t do a long run because of an issue, but hopefully that won’t cost us too much in the race. We still have tomorrow morning to prepare for qualifying, and try a few setup tricks that we’re thinking of. Generally, I think all our energy will again be on tyre usage.”

Esteban Gutierrez: “It was very tricky conditions today. It’s not common in Spa to have heat like this. The track is really hot, so we’re struggling a little setting up the car. We’ve done some tests to try to understand it a bit better, so now we’ll have a clearer direction as to where we have to focus. In both sessions we ran the Pirelli prototype tyres. They were pretty transparent. There was nothing very different with them. In FP2, we also did a race simulation, which I wasn’t too happy with, so we’ll be analyzing all the data this evening to try and find a good setup for tomorrow and continue through the weekend.”

McLaren:
Jenson Button: In the end we made a lot of progress today: after making set-up changes following a challenging first practice session this morning, we had a much improved second practice session in the afternoon. As a result, we’ve now achieved a handling balance that works for us, but there’s still room for improvement. Our long run was reasonable; we seem relatively competitive, certainly compared to the cars against which we usually race. And we were quicker than Kimi [Raikkonen] on the longer runs, which was good to see. Getting through to Q3 is always our aim on Saturdays, but what happens on Sundays is more important still. Put it this way, we didn’t get through to Q3 at Hockenheim yet I still finished eighth. And, here at Spa, it’s easier to overtake than on most circuits, so I’m feeling reasonably optimistic about the race. It’s unusually hot here this weekend, but that’ll mix things up for the race, which could be good for us too.”

Fernando Alonso: “It’s obviously not ideal to start the weekend with a brand-new power unit, only do three laps with it, and then have to change it, especially as it means we’ll be taking penalties. It’s not ideal, as I say, but you always prefer these things to happen in practice sessions rather than in races – and it’s worse still if you’re running in a points-scoring position when such mishaps occur. So let’s look on the bright side: as ever, we’ll learn from our mistakes and we’ll make sure we minimise the incidence of repeat occurrences in the future. We’ll be starting Sunday’s race from the back of the grid, but we’ll be trying our best to recover positions from there. I expect Lewis [Hamilton], who’ll be starting next to me, will be quicker than me, so I’ll try to hang on to his tail, put a rope around his car and get him to pull me through the field! I still don’t have a feeling for the performance of the revised PU, as today we ran it only in conservative modes, so tomorrow we’ll see how much we can push. I’m sure it’ll be a step forward.”

Manor:
Pascal Wehrlein: “It feels amazing to be back in the car after four weeks away from the cockpit. Spa is a great track to be starting the second part of the season and I’m really enjoying being back here for the first time in four years. We have a few new developments for here, so we’ve had a really close look at those, plus everyone has been running the development tyres today. This afternoon we had a better balance with the Supersoft and the Soft, so I’m happy with that. Other than that, this was a pretty straightforward Friday. Everything looks positive, but we’ll see how things even out tomorrow when it’s a little clearer where we are. It’s early in the weekend but it looks promising so far and the high temperatures are going to help us, for sure. Let’s see what tomorrow brings but our pace is good versus our competitors and I’m happy with how we finished the day. I hope we can build on that tomorrow.”

Esteban Ocon:  “Everything worked out perfectly. It was nice to let my driving do the talking after so many interviews and such a busy build-up to this weekend. And I was really happy with how the day went The car felt good and I felt good in it, so after so much preparation, everything came pretty naturally. I got the chance to try out the Supersoft tyre early in the session, which gave me a feel for where the car is versus the competition. It looked pretty positive and because it’s only Friday, there’s something to build on as I get better acquainted with everything. I lost a bit of time this afternoon, but we’ve done what we set out to achieve. I’m looking forward to talking through the data tonight and coming back even stronger tomorrow.”