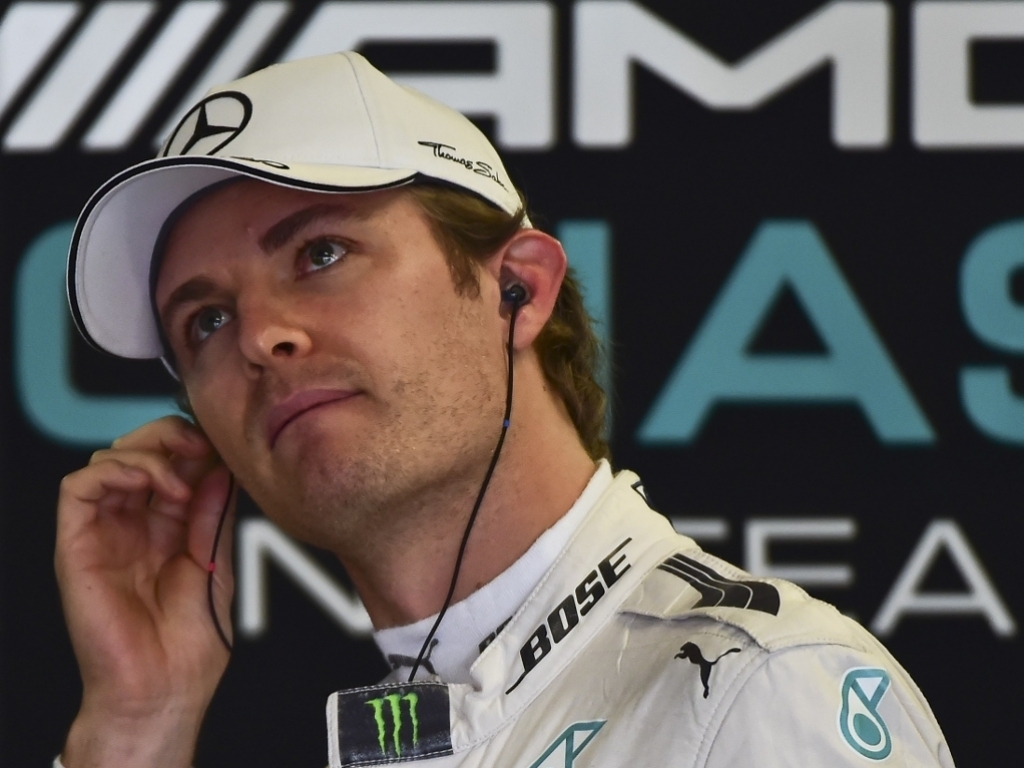 Mercedes:
Nico Rosberg: “It was a good day, as we were able to test a few new things in the first session. Times in the afternoon were not showing the real picture, as Lewis drove in different engine modes to me. He was also very quick today and it looks like we will have a great battle again this weekend. Besides this, we also had to learn the track because there are some quite major changes with the new kerbs. It´s always great to be back on this fantastic circuit. The atmosphere is great, there’s so much history and the fans are very enthusiastic. I have great memories from last year, when I was able to win here for the first time. So I very much look forward to qualifying and the race.”

Lewis Hamilton: “The car feels good here – but I think it’s going to be a close, hard-fought weekend. Last year in the race I had really good pace – but it’s hard trying to find the right balance that works in Qualifying and the race. I really need to improve my grid position this time because that can heavily influence the race. It’s a short lap, it’s hot and humid here and the track is also hard on the tyres. But they’re working well and the grip is good. There is a bit of degradation but not as much as usual, so its generally feeling very good out there. They’ve changed the kerbs quite a bit. Before we could abuse them a little bit more but now you need to go around them, which I think is a good thing! It’s an honour to wear Ayrton’s colours on my helmet this weekend and to get a win would be extra special.”

Ferrari:
Sebastian Vettel: “Overall it was a difficult day. We didn’t get the best timing for our run, so now we look forward to the analysis of our laps. Hopefully we can make a step forward for tomorrow and improve the car. Today everybody struggled quite a lot with the tires: they seem even more tricky than last year, but then I think it was slippery for everyone. I tried to do the best I could, but maybe I wasn’t quick enough. The car was moving around and sliding quite a lot. Hopefully tomorrow we will be in better shape.”

Kimi Raikkonen: “In general, the two sessions were quite confusing: a lot of things happened and I don’t think we have got a clear picture. In the morning we spent the first half an hour to do some aero testing, then we had one run followed by a small issue with the set up and I spun off. In the afternoon a lot of things kept happening, always when we went out. We had some laptimes but it was quite messy in all ways. I haven’t seen what the others did in the long run, our race pace felt ok but we’re still struggling a bit. Now we have to look at what we did today and then try to fix certain issues for tomorrow. For sure we have some work to do.”

Red Bull:
Daniel Ricciardo: “Top 5 on this track is very good for us. I’m not sure if we can expect to stay there tomorrow, but that’s definitely the target. Normally when we have a Friday like this, the weekend goes a little bit better. They changed a few of the kerbs in turn 2 and turn 8. We used to be able to put four wheels over the kerb and now they are a bit too high so that basically means the corners are a bit tighter. It changes the approach a little bit for some corners but the asphalt was fine. We should be able to do a little bit of overtaking, but I think we have to rely a bit more on strategy. It’s at least a two stop race so that opens a few more windows and opportunities. We’ll see how that goes. I don’t know what the weather’s going to do. Dany has the old engine and I have the new one. It doesn’t look like much but it’s obviously just the first day running on track and I’m sure the guys will have a look tonight to see whether there is something they can tune and for sure trying to get more power out of it. The positive was that the engine was reliable and we ran all day so we got good laps and good information.”

Daniil Kvyat: “The track was rather dirty in the morning, but conditions seemed more normal in FP2. There’s still some work to do as we can be quicker, especially in sector 2. This is not an easy track for us. My engine compared to Daniel’s? I don’t know, we will have to look at the data. All in all the day was OK. We did plenty of laps and have enough data to analyse and tomorrow I hope to improve so that we can go on to get some good points over the weekend.”

Williams:
Valtteri Bottas: “We got a lot of information about the tyres today, which was the main priority. We got the soft and medium compounds to work well and the long runs felt consistent, so I’m really hopeful that we can be strong this weekend. It was more slippery than last year, but it is the same for everyone and I was quite comfortable.”

Felipe Massa: “It was a very difficult day. The car was unstable and I struggled to get the grip I wanted at the rear. I don’t think I had one clean lap without losing the rear at some point. The surface offers low grip but very high tyre degradation, so the car was sliding a lot. We have a lot of work to do to tonight to make the car a bit easier to drive and more competitive for qualifying tomorrow.”