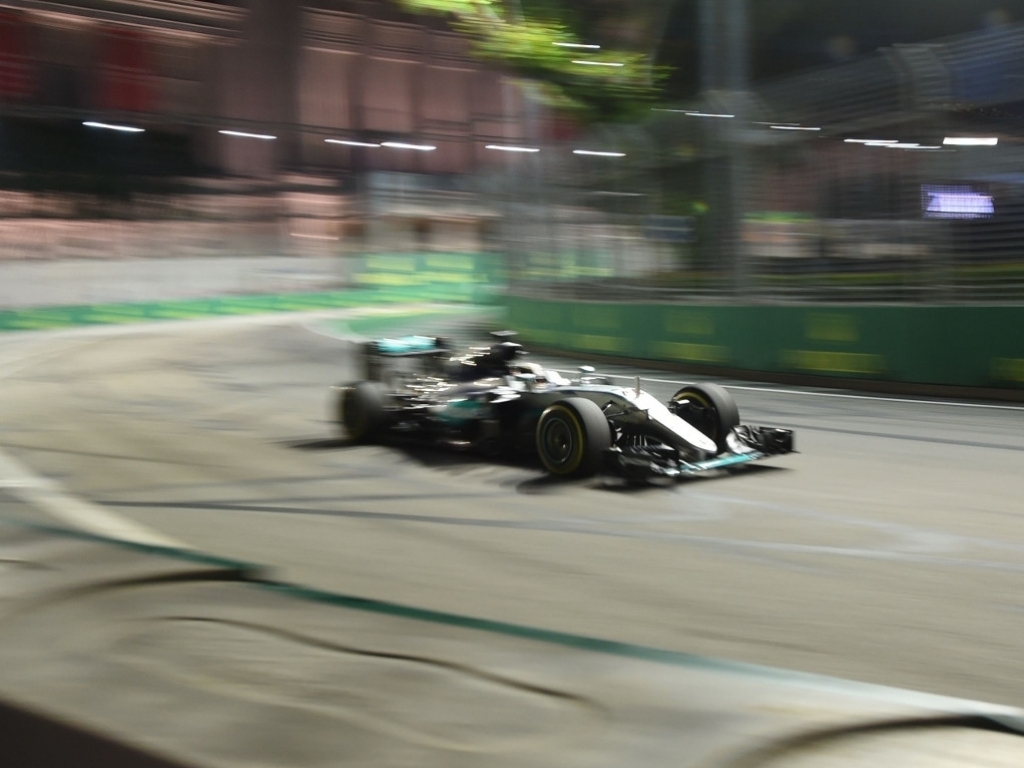 Mercedes’ Nico Rosberg topped the times during the second free practice, while Lewis Hamilton suffered a hydraulic problem that caused him to retire.

Mercedes:
Nico Rosberg: “It’s been a solid start to the weekend. Definitely better than last year. The first session was going okay until I hit the wall at Turn 18. That wasn’t ideal – but luckily the impact wasn’t too heavy, so I managed to get the car back to the pits and the guys had it ready in time for FP2. The second session felt better but we still have some room for improvement. It’s really close between ourselves, Red Bull and Ferrari – much closer than at some other tracks for sure – so it looks like a big battle ahead. I’m looking forward to it.”

Lewis Hamilton: “Two relatively good sessions today. Running the halo was no real issue. I barely noticed it, to be honest – just in my mirrors, where it blocked the view slightly. We had a small hydraulic issue at the end of FP2 but it doesn’t look like anything serious. The guys are working on it and it should be fine for tomorrow, which is the main thing. Our pace looked okay today. Definitely much better than last year so I’d say we’re looking relatively strong.”

Ferrari:
Kimi Raikkonen: “The first practice session was tricky, I struggled a little bit, but the second practice was good: everything worked and the car was handling pretty well. Here in Singapore, if you get the car right, it’s a lot easier to go faster. Today we had quite a good feeling, but for sure there is still something to improve. It’s hard to say if we can be strong, it’s only Friday, but the feeling was positive. So far so good, but tomorrow is another day, we’ll see where everybody is and then we’ll go from there. We’ll give our best and hopefully we have the speed to challenge our rivals.”

Sebastian Vettel: “Overall we had two decent sessions. In the second one I was not entirely happy, I was struggling a little bit with the car balance, and therefore not really finding the rhythm but in general it has been a good day. It is very difficult to pass here, obviously we’ll try to trim everything towards qualifying. Now we have a lot of stuff to look into, before tomorrow comes: there will be another session and the opportunity to do a few more laps. If we get everything right we have a good chance tomorrow to position the car well.”

Red Bull:
Max Verstappen: “It was a positive day for us and we can be happy with the balance of the car. For FP2 we weren’t fully there but we know what areas we need to work on and improve. But the car felt good, we are more or less there and we had a good start to the weekend. The tyres worked really well as well, I was happy with the ultrasofts, there was quite a difference between them and the supersofts. I think it will be an interesting battle between us, Mercedes and Ferrari, and I’m looking forward to it.”

Daniel Ricciardo: “This circuit is always difficult. You’re pushing the limit on a street circuit and you want to be comfortable in qualifying so today is the day to experiment. I had a bit of a spin and touched the barrier but the car was more or less okay. It’s hot, it’s tricky and everything is a little bit on the edge here for sure, but to find a few tenths on this circuit can be quite easy, because there are so many corners and with the tyres overheating in the last sector you can lose or gain a lot. We still feel that we can get a little bit more speed out of the car so that’s what tonight is for. Even if we find a few small things, then they will hopefully add up to quite a bit of lap time here tomorrow.”