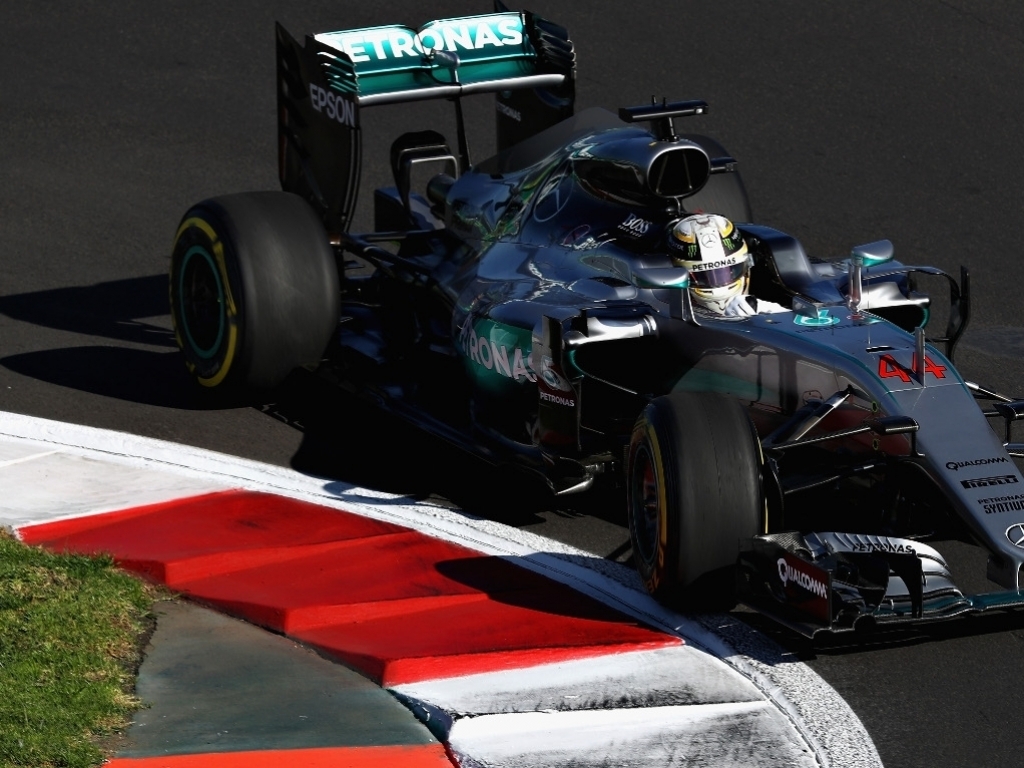 Mercedes:
Lewis Hamilton: “It’s been a good day. We got through all of our run programmes and the car is feeling really good. It’s pretty tough out here physically right now with the heat as high as it is. Not just in the car but for the guys in the garage too. Finding the right balance isn’t easy either in these conditions as the tyres are getting really hot. But our long run pace seems to be strong so we can be happy with the start we’ve made today.”

Nico Rosberg: “It’s been very hot out there today – more so than we expect it to be for the rest of the weekend. As a result, that makes it difficult to fully prepare for qualifying and the race. Other than that, it was a pretty normal Friday. Our car looks quick but Red Bull are definitely close. The Soft tyre is degrading quite a lot on the long runs, with blistering on the rears. There’s a surprising amount of degradation on the Medium tyre too – but I think overall we’ve got decent pace on the long runs. Strategy-wise it won’t be straightforward for the race. But, again, it’s meant to get quite a lot colder so we could see something completely different on Sunday. It’s great to be back in Brazil. It’s a proper race track and it always feels special driving somewhere with so much history and tradition.”

Williams:
Valtteri Bottas: “For a Friday, it was good. The balance was quite good in the first run, so it has just been fine tuning after that. The long runs were consistent, the car feels ok and the pace seems promising. But it’s only Friday so, like every weekend, we will need to find a lot more for tomorrow because everyone else will improve as well. I’m happy with today, but it’s tomorrow and Sunday that count. I think we can be more competitive than we were in the last race, but it’s difficult to say in detail after practice because everyone is trying different things.”

Felipe Massa: “It’s definitely been a good day. It’s always nice to see your name near the top of the leaderboard. I’m really looking for that competitiveness tomorrow and especially on Sunday. This is a track that I love and the people here really support me, which gives me so much more confidence. I hope we can stay up there this weekend. It won’t be easy but I will definitely try!”

Red Bull:
Daniel Ricciardo: “I think the pace relative to Mercedes and Ferrari is quite normal. Williams is a surprise but to be honest it’s good. It’s good to have another team up there so it makes it more competitive for Sunday if it stays like that. For Felipe [Massa] it’s good! He can have a strong last race. I think we weren’t too bad on low fuel, a little bit here and there with the balance but nothing too dramatic. But then with the higher fuel we struggled a little bit more today just trying to look after the tyres, so that’s what we’ll try to work on for tomorrow. I think the rain will be nice, that would be fun just to change it up a bit. But I think if it’s cooler as well tomorrow – which it looks like, for Sunday as well – it should be better on the tyres. But today the track was really hot so you could feel the tyres were having a hard time.”

Max Verstappen: “I think first practice was actually pretty good, We made some changes for the second practice. The short run was not fantastic, but we managed to turn it around again for the long run, that all looked really good. Mercedes still looks too far ahead but then after them we are there. For sure, the times dropped [in FP2] and then we didn’t make the correct changes to the car. But that can happen, that’s what we have practice for. We managed to turn it around and then in the long run it was good again. We are still not close enough to [Mercedes] but, as I think it will rain on Sunday and that should bring some excitement.”