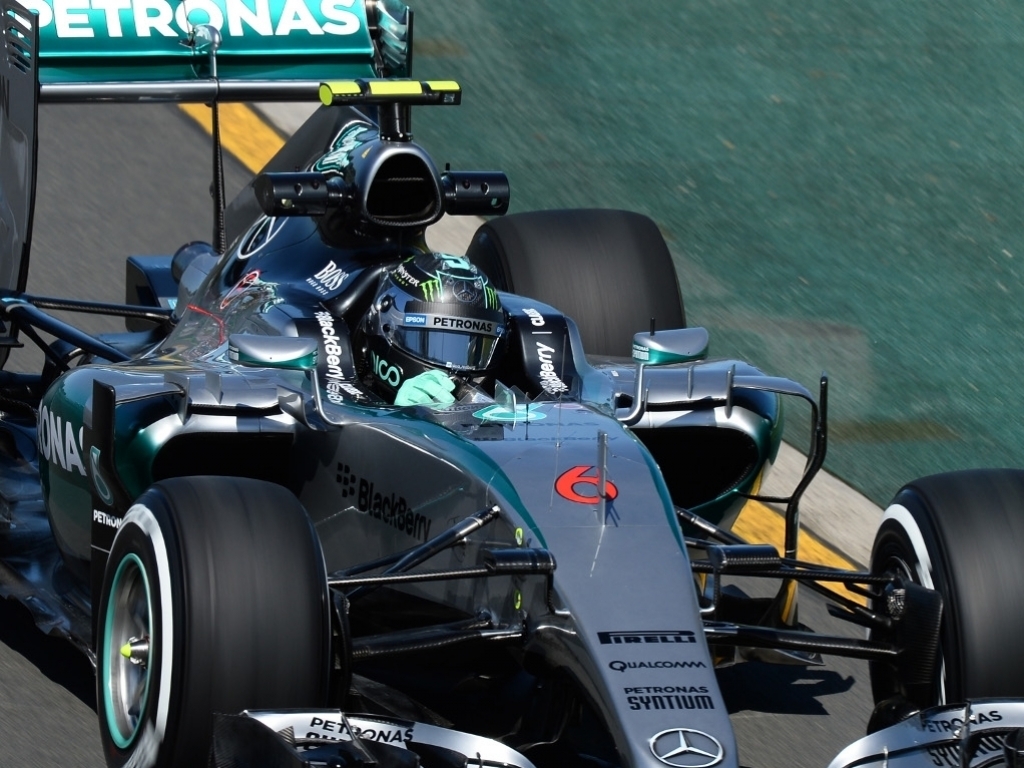 Nico Rosberg set the pace in FP2 in Melbourne where he edged team-mate Lewis Hamilton in a Mercedes 1-2. Seb Vettel was third in the afternoon…

Mercedes:
Nico Rosberg: "It was great to be back in the car at this awesome track. Today we have the evidence that our Silver Arrow is quick again and it was a great start for the Team. I was very happy with my long run but on one lap I still need to work on the pace as I had a lot of oversteer in the car. It seems again that it’s very close between Lewis and me and he is a great driver, so I need to nail the setup every time to come out on top. This year will be a big battle again against him, I’m sure. I’m looking forward to the first weekend of the new season with all the great fans out there."

Lewis Hamilton: "It feels great to be back on track and back into a race weekend. In general it’s been a good first day. The teams back at the two factories have done an incredible job over the winter. To arrive here and have such good pace in the car for the second year in a row is an amazing feeling. But, naturally, as drivers we want to push the car to the edge and when you get to that limit it gets tricky. That’s where it’s our job to keep our heads down and really try to figure out how to maximise the setup and get the most out of the car. There’s a little bit of work to do on my side as I’m not 100% comfortable with the car – but that’s to be expected on the first day. Today seemed to confirm that we have pretty good pace. But there are still other quick cars out there and we can’t go into tomorrow’s sessions not thinking that they will be close."

Ferrari:
Sebastian Vettel: "It was a good day with no problems on the car. It looks like the hard work done during the winter, both on track and at the factory at Maranello, is paying off. Our positive trend goes on, notably as far as reliability is concerned. I can’t think of such a trouble-free Friday session in a long time. As for performance, the higher you are in the timesheets, the better: but then it’s only Friday and I’ve been in Formula 1 long enough to know that today’s lap times are not so important. Mercedes are out of reach, we must be realistic: but every team and driver strives for being eventually on top, and we can be pleased with the work we’ve done today."

Kimi Raikkonen: "It was a typical Friday of free practice. In the first session I could not drive very well and it was difficult to put a good lap together. So, for the second session, we made some changes to the car before the long-runs and, in the end, the feeling was better. Now if we can put everything together and find a good lap, we should be OK. It was a positive day overall, and the feeling hasn’t changed since winter testing: I think the whole package has improved. On the other hand, it’s only Friday, and we know we still have a lot of work to do."

Williams:
Valtteri Bottas: "It was a very productive Friday; whilst Felipe was unlucky with a technical problem and lost some running, we managed to complete our run programme and get as prepared as we can for qualifying and the race. Straight out of the box the car felt good; it was particularly good in the long runs and the tyres felt consistent with not much drop off in performance. We can still find improvements in the short run pace and do more to unlock the tyre performance over one lap, so that will be a focus in tomorrow’s third practice session."

Felipe Massa: "It’s a bit disappointing to have only run in one session today; a water leak in the power unit required a repair. The more you run the more you understand the best direction to take with the set-up and what the track conditions are like, but at least I managed to get some valuable laps under my belt in the morning and the overall feeling from the car is positive. It’s also good to identify any problems early on rather than experiencing them in qualifying or the race."

Gallery: Season Gets Underway In Melbourne