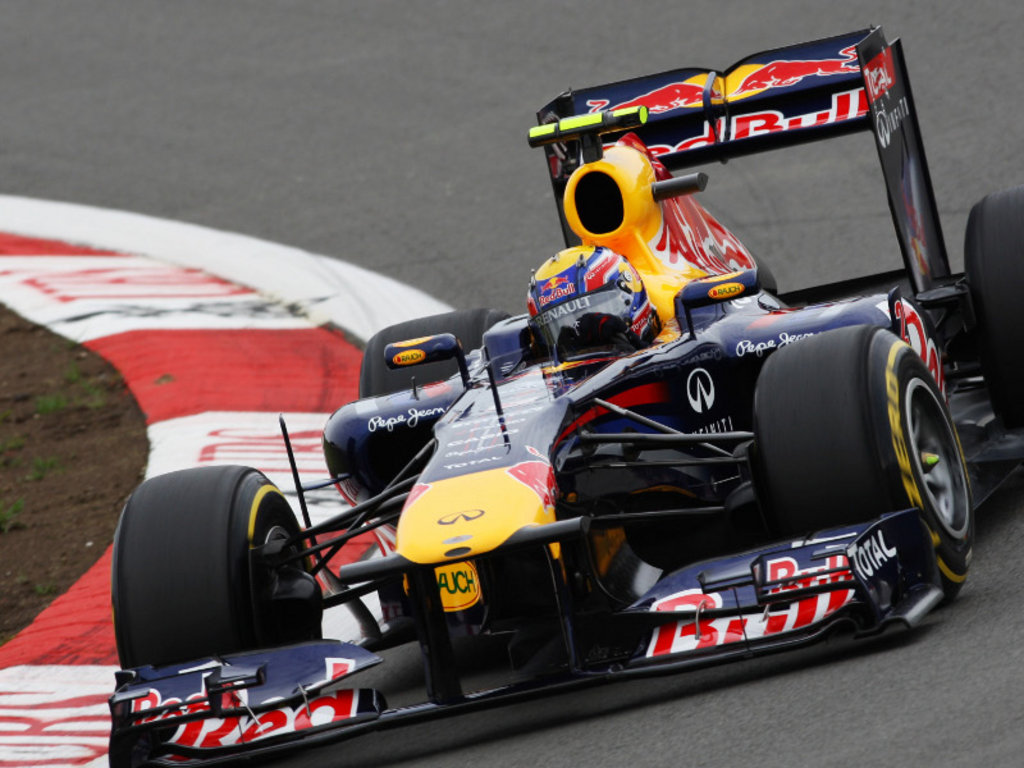 Mark Webber was the driver to beat in Friday’s second practice in Germany, finishing ahead of Fernando Alonso and Seb Vettel…

Mark Webber was the driver to beat in Friday’s second practice in Germany, finishing ahead of Fernando Alonso and Seb Vettel…

Red Bull:
Mark Webber: “So far so good; the car feels pretty good here. Fernando and Seb are really quick as well and you never know when McLaren might turn up tomorrow too. I haven’t been watching them too much today, we’ve been concentrating on ourselves and trying to improve the car with each run, that’s the most important thing we can do. It’s nice if it stays dry, as it’s a bit easier to manage, but whatever tomorrow throws at us, we should be ready for it. I’m feeling comfortable so far.”

Sebastian Vettel: “It was cold out there today! It was good fun, the circuit was quite slippery with the low temperatures, but we did a lot of laps and the car seems okay, although I’m not 100% happy yet. We’ll see what happens tomorrow, but at this stage we’ve got a bit of work to do. Ferrari looks very competitive, McLaren is a bit harder to judge, but we will see. We don’t know the conditions for tomorrow, rain is forecast, but it depends when and if it will come.”

Ferrari:
Fernando Alonso: “A normal sort of Friday just like any other. First impressions from the car are good, which confirms that we are working in the right direction. I’ve said it before, it’s not a case of a miracle having happened at Silverstone, because of the regulations relating to the exhausts. That result was down to the many improvements introduced race after race, as could be seen from the fact that, even from Monaco, we had returned to a good level in terms of being competitive and here too, where we are back to the Valencia rules, we are at the front end of the field. In theory, the cold is not a friend to us: in these conditions, the Red Bull has even more of an edge, but it’s up to us to adapt as well as possible to these conditions. On top of that, the low temperatures can also impact on our strategy for qualifying, given it’s not easy to do a time right from the first timed lap. It if was to rain, the situation would be even more complicated. The incident with Michael? Nothing happened, maybe he didn’t see me coming and then I had to brake suddenly. And then, on a Friday much like any other, a bit of excitement is quite welcome…”

Felipe Massa: “It was a good day: we had so much work to get through and we managed to do it in both sessions, without having any problems. I would say we can be reasonably satisfied with our level of competitiveness, even if it’s too soon to say if we can fight for something important. The pace over a long run is not bad on both types of tyre: there is quite some difference between the Prime and the Option and we will need to keep that in mind when coming up with our race strategy. It’s a bit of a struggle to do a time immediately on the first lap, even with the Soft, but I think it’s the same problem for everyone. I like this circuit: there are climbs and descents and a lot of changes of direction which make it fun to drive. Sure, if on top of that you have a quick car then you can have even more fun!”

Mercedes GP:
Michael Schumacher: “I’m quite happy with the work that we achieved today and we are going in a good direction. We are continually developing our car and days like today help that process. It’s difficult to see the real picture for the weekend however; we don’t know what fuel loads the other cars were running and we need to have a close look at our data. It was a really nice feeling to drive the corner which bears my name here in a Formula One car; I certainly wouldn’t have imagined that at the time that we inaugurated the corner.”

Nico Rosberg: “It’s amazing to see how many spectators came to the N