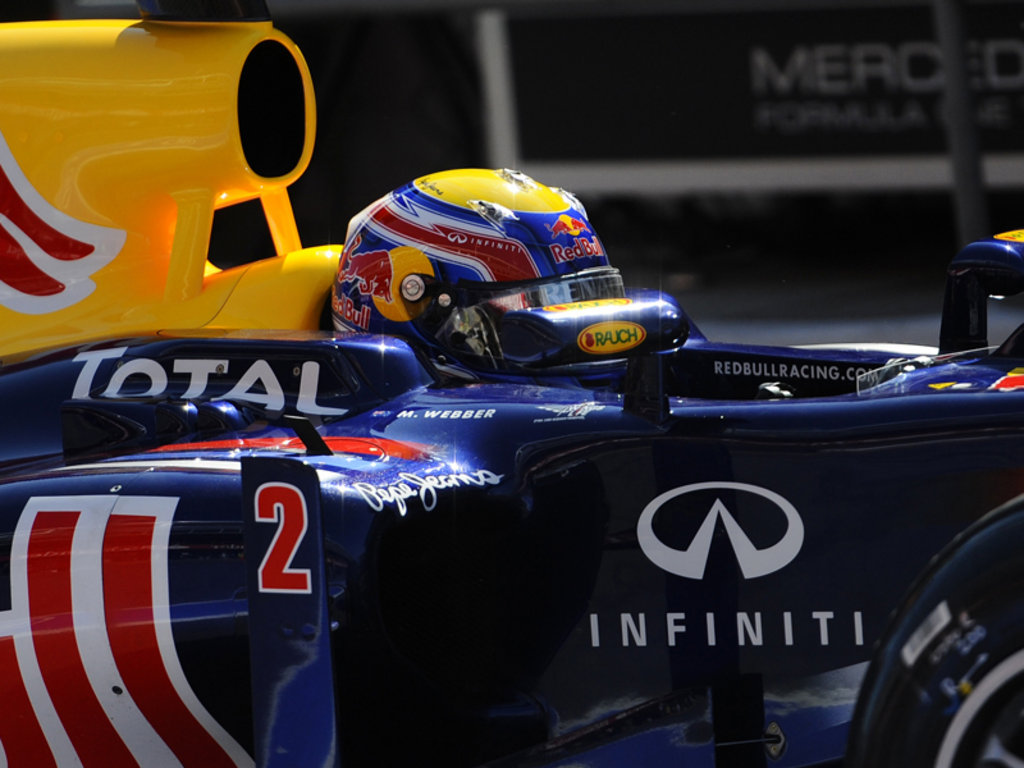 Red Bull:
Mark Webber: “The car ran well today; we’ve still got some work to do, but it was one of our better Fridays. It’s the first time we’ve run the RB7 in Barcelona in these temperatures, so the team’s learned quite a lot. Tyres are a big factor here, we know that, so we will be looking to manage them as best we can. It’s always been a reasonable track for me here, with a good result last year, so I hope to keep that trend going this weekend.”

Sebastian Vettel: “It was a very productive day – it was the first real chance we had with the new spec of hard tyres – and I can confirm they are pretty hard! All in all it was good, this morning wasn’t maybe ideal, but this afternoon I was happy. I think it will be tight this weekend, we look in good shape, but the others seem quick as well.”

McLaren:
Lewis Hamilton: “It’s difficult to get an accurate read on pace: we stuck to our programme today and didn’t appear to be too far off, but you never know what fuel-loads or engine levels the other teams are running. Still, we got some good data and made some positive improvements so, in all likelihood, we look as competitive today as we have in the past. We have taken some small steps forward – we put a new front-wing on and it naturally appeared to be a little bit better. Globally, it’s not too bad. It didn’t feel too good this morning on the harder tyre, which was difficult to switch on and difficult to make last, but this afternoon’s running was very positive. There’s a big difference between the two Pirelli compounds – and that will hopefully have a positive impact on the show this weekend.”

Jenson Button: “This morning was spent running through the new systems on the car; this afternoon was the time to push a bit harder and get a proper feel for things. I’m not particularly happy with the balance – I’m struggling with the rear-end, which isn’t something I like – but I’m going to work to improve that overnight. There is more pace in the car, we’ve just got to unleash it and find a balance that I like. The longer run was reasonable, even if we got a slightly different result than we expected. But it’s all good information and I think we can get a good balance for the race – now I need to focus on sorting out the rear-end for qualifying.”

Ferrari:
Fernando Alonso: “We tried a lot of new things today and now we must extrapolate the information from all this work and select the best parts to put on the car for tomorrow. My first impression is favourable: I think we have made a step forward. It is always difficult to judge the gaps in free practice because there are always differences between one car and the next. I am certainly not surprised that the Red Bulls are still ahead of everyone: at the moment they are fastest and tracks like this one, or Budapest are particularly well suited to their characteristics. Having said that, while it’s true it might be difficult to beat them in qualifying, maybe in the race we can get closer, also to the McLarens and put them under pressure. We still have to work on the set-up: today we had too many things to test and we did not have time to make too many changes. I think the chances of fighting for a podium finish are even more likely here than they were in Turkey. The tyres? Pirelli has brought a new type of “hard” and it’s hard to imagine we can get through Q1 without having to resort to using the “softs.” One thing we had already seen in winter testing and which has been confirmed today is that degradation is pretty significant and so there is cause to expect a race like the one in Istanbul in terms of the number of pit stops.”

Felipe Massa: “That wasn’t an easy day for me. I had lots of problems getting the tyres to work, especially the hard compound, and I didn’t manage to put together a good time. That’s a pity because the new parts that we’ve brought here have improved our performance, even though the other teams remain very strong: there’s still a crucial gap to our main rivals. Now we must make the right choices to prepare as best we can for qualifying and the race. As for the tyres, I prefer not to go into details. Let’s say that there’s a lot of work to do in this area. When I went off the track I lost the rear and I ended up in the gravel: I passed very close to the barriers but fortunately I didn’t touch them so I managed to make it back onto the track without damage.”

Mercedes GP:
Nico Rosberg: “It was a good day in terms of set-up and we learned quite a few things about our car. Of course, it’s difficult to say where we really are because the hard tyres didn’t work so well today and it was very windy. However, we had a nice long run and our preparation with the car is certainly better compared to the last race. The updates are working quite well so far, and thanks for that to the boys in the factory.”

Michael Schumacher: “We have had quite a reasonable Friday and have clearly demonstrated an upwards tendency with our improvements seeming to work well. Saying that, the other teams have improved too, so without having had a chance to look deeper into the data, I would say that we may be fighting for the third row. We will continue to work further on our performance for tomorrow.”