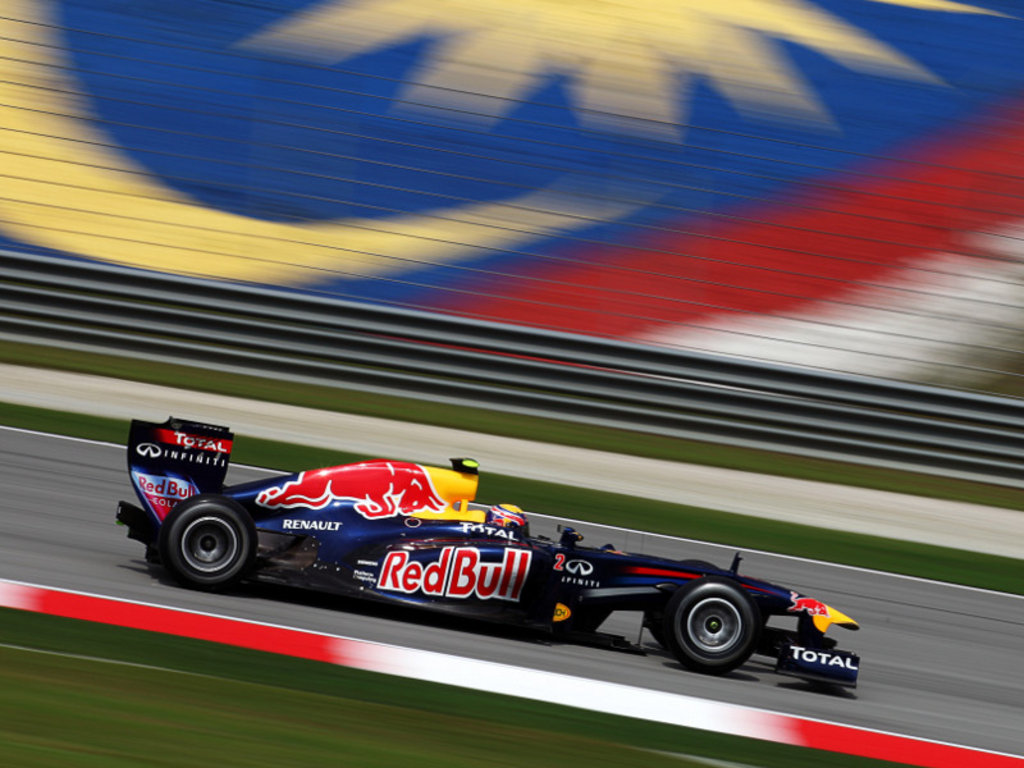 Mark Webber was the man to beat in Malaysian practice, finishing ahead of the Jenson Button and Lewis Hamilton…

Mark Webber was the man to beat in Malaysian practice, finishing ahead of the Jenson Button and Lewis Hamilton…

Red Bull:
Mark Webber: “We look okay, but it’s still early days in a race weekend. We got some dry running in and the car performed well. It was reliable, which is always a nice bonus. We got to check all the tyres – including the new tyre that Pirelli brought here. It’s very hot. We need to look at the information we got today, but so far so good for us.”

Sebastian Vettel: “We completed quite a lot of laps this morning because of the extra tyres – and this afternoon we did more or less what was planned. We didn’t have any big problems, but we got a lot of mileage and took a lot of things onboard. Obviously tyre wear is different here to Melbourne. I think it’s the same for everyone, at least, it is for us. We’ll see where we are tomorrow.”

McLaren:
Jenson Button: “This afternoon’s session was much better than this morning’s. We found things a little difficult during P1; after Melbourne, we chose to head in a certain direction in order to resolve the issues we had in the first race, but the track is very different here. So we went back on a few of those changes, and everything is performing better now. But, actually, everyone appears to have been struggling with rear grip today. The tyres feel very different from those we had in Melbourne. It’s very tricky, but that’s what we saw in winter testing, so we have good experience with that. We don’t know what fuel loads the other teams were running, of course. What’s important, though, is that we changed a lot of things on the car and they were all positive steps. We feel like we’ve found a good direction – and hopefully there’ll be more to come.”

Lewis Hamilton: “Today has been interesting. We seem reasonably close to the top of the time-sheets – and I think we’ve made some positive steps with the set-up of the car. We’ve still got time to find, but it’s been a constructive day. The track conditions are massively different compared with the cold conditions we experienced in Australia, so the tyres don’t last as long. Maybe Sunday will see a three-stop race. I think the bunch of teams at the front is tightening, so it could be a good race. I hope we’re also closer to the front than we were in the last race, but we’ll have to wait and see.”

Mercedes GP:
Michael Schumacher: “We had a pretty good first day on track here in Sepang. We definitely made a step in the right direction, we were closer to our level of performance from Barcelona than in Melbourne, and I am hopeful there will be more to come. We had two typical Friday sessions, trying out a lot of things for future developments, and it looks we can make further improvements. Today, our aerodynamics and our KERS system worked very well, and I look forward to more to come in the next two days.”

Nico Rosberg: “Today was a productive day for us. We made progress on our set-up work compared to the last race and the team worked well. There are still issues that we have to solve, but I think we are a bit closer to the pace. I’m now looking forward to qualifying and we will look to take another step forward tomorrow.”

Ferrari:
Felipe Massa: “It’s logical that I had expected and had hoped to be quicker, especially when compared to the two teams that are clearly in front. Let’s see what we can do between this evening and tomorrow to improve the car. There is not much grip and also tyre degradation is very high and, as could be seen in the final part of the second session, when everyone was presumably running with a heavy fuel load, we were not the only ones having a problem. If the race was to take place in the dry, choosing the right strategy would be very complicated. The soft tyres work better, giving much more grip and they are much quicker, although there is a lot of degradation. The hard seems to be slower and, at first, seems a bit more consistent, but it does not last that much longer than the other. We will have to be ready for anything this weekend. In the last two days, we have seen that at the time qualifying and the race are due to start, it always rains. If that also happens in the next two days, anything could happen.”

Fernando Alonso: “Given how things went today, it looks like being a difficult weekend, but we will do all we can to get close to the quickest. Today, things did not go well and we struggled to find a good balance on the car, so this evening we will look at how we can improve. On a track like this, with such variable weather and with tyre degradation being what it is, there will be a lot of factors in play in the fight for the top places and just being quickest will not be enough. This morning we did a lot of work on the aerodynamics to understand what had not worked the way we had expected in Australia, but even if we had been quick in Melbourne, there would still be work to do. This is only the start of the season: we are not quick enough to fight for the win and pole position, but that does not mean that we have to throw in the towel. Instead we have to step up our efforts to quickly reduce the gap that separates us from those who have done a better job than us.”