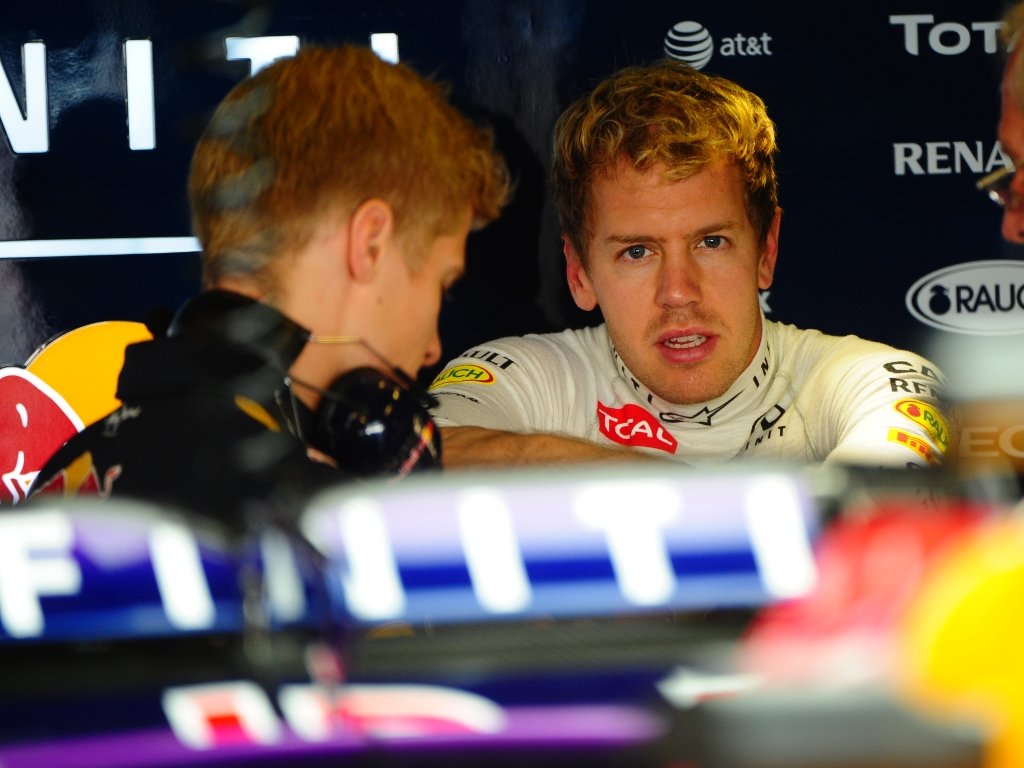 Red Bull:
Sebastian Vettel: “It’s difficult to say today how we compare to the others, we know the Lotus is quick here, but we also had decent pace today. It’s not always so easy at this circuit with the conditions changing throughout the day; we start in the sun and finish at night and the track temperature changes during that time. But, no big issues, so I’m pretty happy.”

Mark Webber: “The second session today was more representative of the race and qualifying than the first, due to the time of day and temperatures. It was a lot about the tyres today; I think the soft tyre will hold out better here than it did last week. It wasn’t a bad feeling for the first day, we got the information we needed, so let’s see how we get on tomorrow. We’ll go through everything tonight and try to understand the car on both tyre compounds.”

Mercedes:
Lewis Hamilton: “Today was a fairly standard Friday programme for us, although the second session is always more valuable here as it’s so much more reflective of the race conditions. As the temperatures cool down, the characteristics of the car change and you get an increase in understeer, so the main challenge is to try and pre-empt the set-up that you’re going to need. Physically it gets easier when the sun goes down but you don’t even notice the visibility change as they do such a good job of lighting the track. A decent start today but there’s a lot of work ahead of us over the weekend and we’ll give it everything we can as always.”

Nico Rosberg: “We didn’t learn a great deal during the first practice session today as it was so hot and we won’t have those conditions in qualifying or the race. I struggled a little on the option tyres but was able to find a better rhythm when we switched to the primes. It should be an interesting race from a strategy perspective as the tyres seem to be right on the limit of one or two stops. Our aim is to be the best of the rest again which I’m quite confident we can achieve and score some important points.”

Lotus F1:
Kimi Raikkonen: “The car feels okay and we had a pretty normal Friday. The shorter chassis feels okay here, but I didn’t drive it back to back with the longer one so it’s difficult to say which is better. We’re still trying to get rid of some understeer, but on this circuit it feels better so far. As always, there are some improvements we can make to the car so let’s see what happens tomorrow.”

Romain Grosjean: “It’s been a pretty good day even if we missed time in the later session whilst the brakes were worked on. We also had a little vibration that needed looking at, but it wasn’t the end of the world. The car feels pretty good as we saw with the fastest time in the first session, so I’m sure we’ll get on top of everything we need to for tomorrow.”

McLaren:
Sergio Perez: “This was a productive day for the whole team – I felt really comfortable with the car in both sessions, and really enjoyed my time on the track today. I feel happy with my car, and I don’t expect to change too much. Normally, we change quite a lot on the car between Friday and Saturday in order to refine the balance and set-up, but I don’t think we’ll be doing too much of that tonight. The Option tyre is performing quite a lot better than it was in India. While I think we feel more comfortable with the softer tyre, it’ll still be difficult to make a one-stop strategy work on Sunday. Tomorrow, I’d like to see us get into Q3.”

Jenson Button: “It was a pretty good day in terms of understanding the car. Our direction with the set-up looks reasonably good, too. I also think both tyres are working reasonably well around here. I got my fastest lap on my first attempt on the Option tyre, which most people didn’t, so I’m quite happy about that. My long runs proved quite tricky, however – first, because of traffic, and, second, because I was delayed by an issue that we initially thought was a puncture but that actually turned out to be a sensor failure. As a result, I had to drive slowly back to the pits, after which I lost a lot of track time because we had to replace some parts on the car that had got a bit warm during that slow lap. Still, all in all, I think we’re in reasonable shape here.”