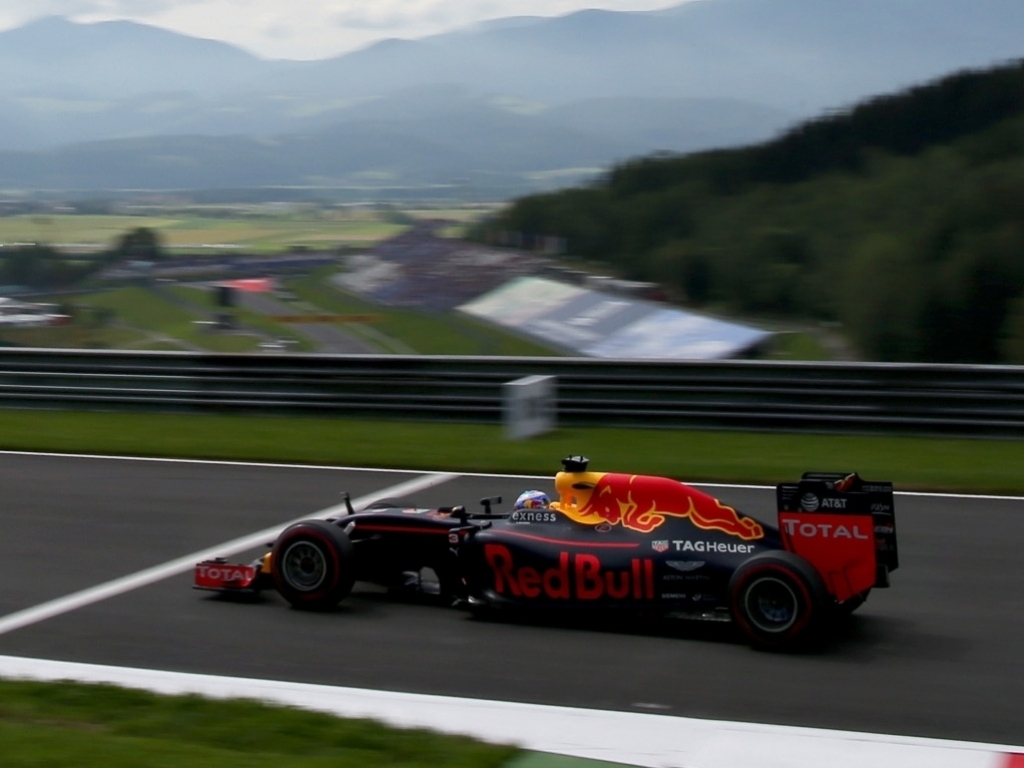 Red Bull:
Daniel Ricciardo: “I think we’ve had a pretty good day and didn’t fight the car too much today. This morning we got up to speed pretty quickly, which was important. Then this afternoon was crazy. The level of rain was really high during the session, but it was actually good to experience two different conditions. The rain was so local and came in really hard at Turn 8 and 9 so that part of the track was especially tricky. If in the race you get that part of the track first before the others then you could be quite unlucky. It’s been a track where we struggled a bit in the past, but I felt pretty comfortable from lap one so I think we are more or less there and won’t be here until midnight tonight trying to find a set up. We are pretty close to where we need to be so that’s a good start. If it rains tomorrow then anything is possible. It’ll be very interesting.”

Max Verstappen: “The first session today was a bit shorter than I would have liked, so we lost a bit of time there and also at the beginning of the second session. The car wasn’t quite ready due to the damage we suffered in the first session so that put us on the back foot a bit. We would have liked to run more but I’m pretty happy heading into Saturday with the laps I did, it wasn’t too bad. I actually didn’t expect to be that close so I’m quite happy. The kerbs are pretty high and can cause damage as we saw, but it’s up to us to stay off them and respect the track limits. I didn’t know they would be so hard on the car, perhaps one longer kerb instead of lots of smaller ones would be better. Looking ahead at the weather for the rest of the weekend I hope it rains because our car is really good in the wet, so let’s see what happens in qualifying.”

Toro Rosso:
Carlos Sainz Jr: “I think today was a very good day for us. Obviously it’s a bit difficult to make any conclusions as it’s only Friday, everyone’s run plans were different and we even had some rain, but we can be happy. It seems like every tyre is working well on this new tarmac – there’s a lot of grip and lap times are very quick compared to last year. It feels nice to drive here, it’s one of the smoothest surfaces I’ve ever driven on and the car feels great around here! Tonight we will continue to work hard and prepare for the rest of the weekend.”

Daniil Kvyat: “We can be satisfied with today, our practice sessions were very useful and I’d say we have enough data to be in good shape tomorrow. There was a lot going on in both FP1 and FP2 – we had some dry running, then it rained, then the sun came out again… So it’s been interesting! I’m feeling okay in the car and I think we can be positive for tomorrow.”

Williams:
Valtteri Bottas: “It was a bit of a tricky day in terms of car balance. Obviously with the rain in FP2, we struggled to set-up the car, but I’m sure before FP3 tomorrow we can still improve the car and our lap times. I think it was a good idea to go out in the rain to check the balance, because there’s a possibility of rain for the rest of the weekend. We now have a good idea of how the car works in wet conditions and we will know what adjustments we need to make if it does rain.”

Felipe Massa: “It wasn’t a perfect Friday due to the weather, but at least we had some laps in the wet as well as the dry to understand the car in both conditions, so it wasn’t bad. We couldn’t learn everything we would have liked because of the weather, but the feeling of the car was ok in the wet, with half the track very wet and the other half quite dry, so it was actually a reasonable Friday to understand the car. The track is much quicker than before because the asphalt grip is a little bit higher and the kerbs are flat, so you can use them a lot more than in the past. You can have a tricky moment if you use too much, but it’s up to you how much you use. Now we need to wait until tomorrow to understand where we are once everyone is on similar tyres and fuel loads.”

McLaren:
Jenson Button: “Even with the new asphalt, the camber changes in the corners make it tricky to drive around here. Plus, there are a lot of big, wide kerbs that you can use, but they wear the floor, which makes it difficult for everyone. We use all three different types of dry-weather compound today – and I still think it’s a bit up-in-the-air about which tyres will be best in the race. Then, on the Inters, we were one of the quickest cars, which was a positive. There are a lot of fast cars out there, so it’ll be tough for us to get into Q3 tomorrow, but there’s rain forecast for the rest of the weekend, which should give us some useful opportunities.”

Fernando Alonso: “I quite like the new track surface – it’s very smooth and there are no bumps. We were also able to exploit the grip, which was quite good. This afternoon, we had the opportunity to run on the track after the rain – it only took 30 minutes for the circuit to dry out enough for us to fit dry-weather tyres. I think we need to be ready and focused for any opportunity if it rains on Sunday like it did this afternoon – we should try and take advantage of that.”