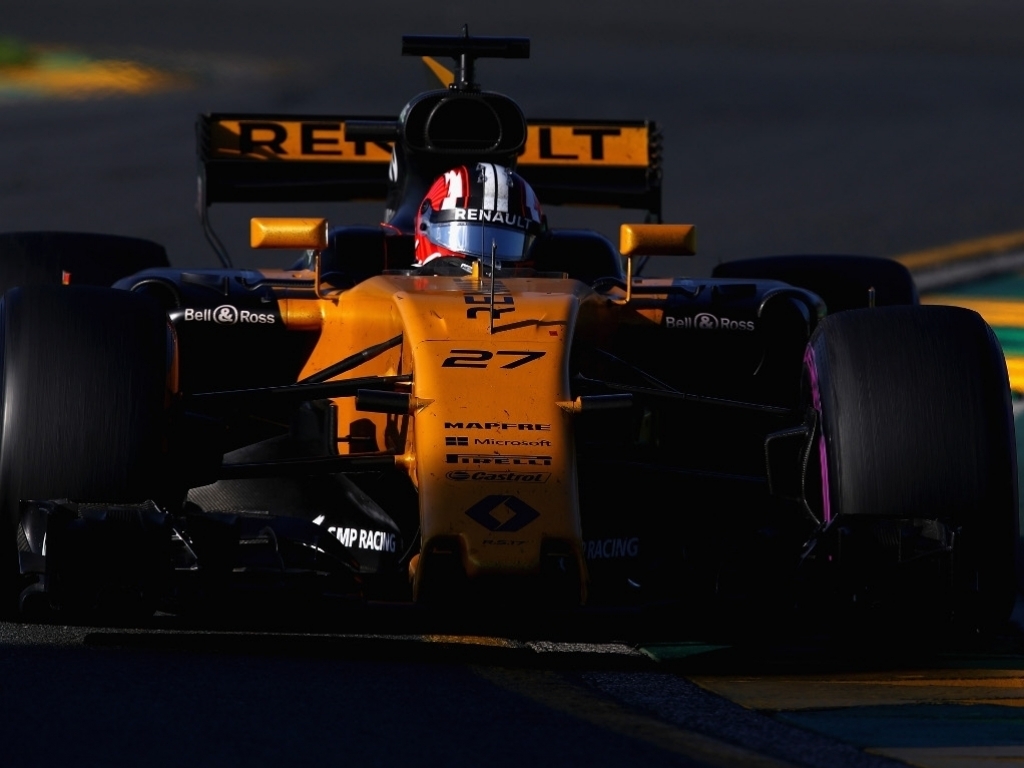 Nico Hulkenberg was best of the rest in Bahrain practice, finishing P6 ahead of Felipe Massa and Romain Grosjean.

Renault:
Nico Hulkenberg: “That was a pretty straightforward Friday aside from doing less in FP1 because of the extreme heat. Everything was more together with the car and how it felt on track this evening compared to the afternoon so we can look forward to tomorrow and Sunday. The car felt pretty decent today, but of course there’s always room for improvement ahead of qualifying.”

Jolyon Palmer: “The car was a bit of a handful in FP1 so I don’t think it liked the heat so much! FP2 was productive as we were able to make good progress in the understanding of set-up and we still have further potential to come. Conditions are definitely better when it’s cooler and fortunately that’s when qualifying and the race takes place.”

Williams:
Felipe Massa: “It was a positive day. I’m happy with the performance of the car on the new tyres and especially the old tyres as it’s quite consistent with race simulation. We’ve shown quite reasonable performance today. We need to concentrate on everything we’ve done this evening and prepare the car even better for tomorrow evening, as well as Sunday. I’m really looking forward to a good weekend.”

Lance Stroll: “In FP1 I got into the car and immediately felt very comfortable and confident. In FP2 I was struggling with the car and we have to see if anything was wrong with it, but no worries as this was only practice. Then at the end of the session there was some burning in my feet. We will have to investigate to see what it was as I had to get out of the car. The positives are getting into the car in FP1 and feeling good, but we need to see what happened in FP2 as it seemed a bit of a bizarre session.”

Haas:
Romain Grosjean: “It was a pretty solid day. It was very warm – the first time we’ve had those conditions this year. We need to keep working on the car. Clearly, tires are having a tough time on the long runs. A qualifying lap is only a lap, so it’s pretty fun. There’s a lot of work to be done for tomorrow, but as I said, it’s the first time we’ve had the warmer conditions this year. There’s a lot to learn from today, and hopefully we can find a little bit of performance for tomorrow.”

Kevin Magnussen: “We had a decent day. We have some interesting things to look at for tomorrow, but so far things are not too bad.”

Toro Rosso:
Daniil Kvyat: “It was a very busy FP2 after not doing many laps in the first practice session because it was very hot and the race here takes place at night… So we did many things this evening – long runs, short runs – and I think we covered everything we wanted to do. We now have a lot of data to go through overnight and we believe we can make a step forward for tomorrow and the rest of the weekend. We will try and do our best and be as well prepared as possible – the weekend has started positively for us and hopefully it will carry on this way.”

Carlos Sainz Jr: “Quite a frustrating start to the weekend here in Bahrain for me. Today’s FP2 was very important and to only be able to do a couple of laps is quite unfortunate. This is a bit of a setback for the weekend, but we will try and analyse and pick-up as much information as possible from the others, cover this lack of data that we have right now, and try to recover it tomorrow. Unfortunately FP3 isn’t a very representative session either, which means we will go blind into qualifying and the race, but this is the situation right now. I’m confident that we can end up doing a good job.”