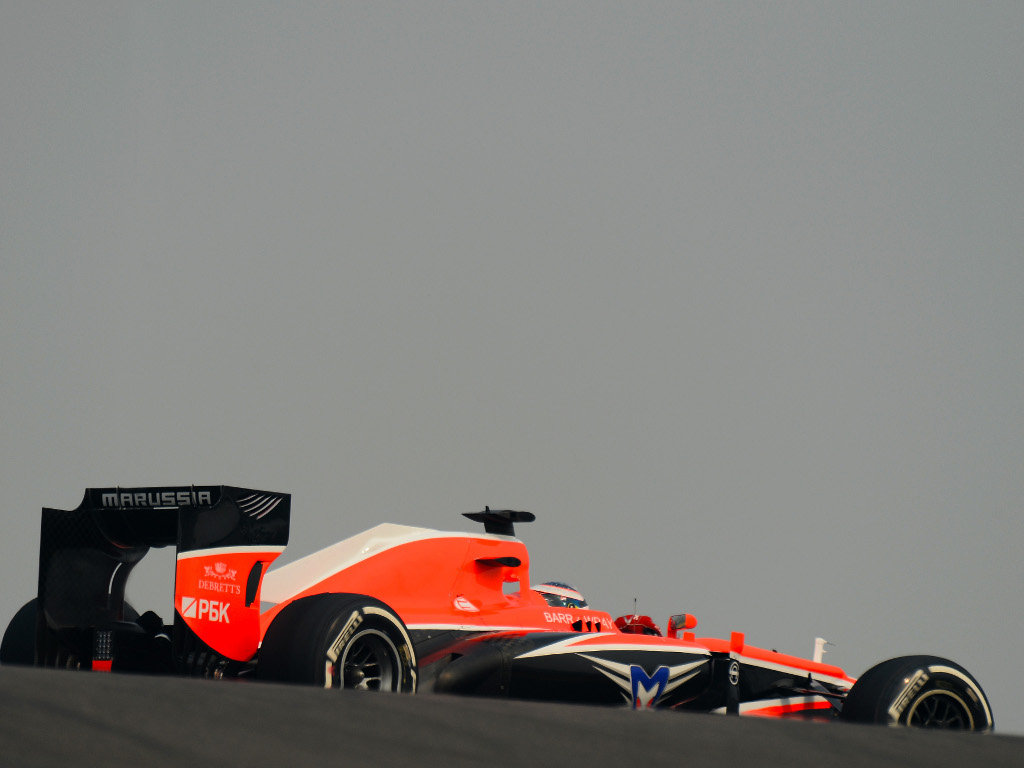 Sauber had a sluggish start to the Indian Grand Prix weekend, slowest overall in practice with Caterham and Marussia…

Sauber had a sluggish start to the Indian Grand Prix weekend, slowest overall in practice with Caterham and Marussia…

Sauber:
Nico Hulkenberg: “Today was quite a good Friday. No big dramas, stable weather, and good running. We were able to work through the whole programme, so that was good. We collected some good tyre data, which is always most important on a Friday. Regarding the performance on the medium tyres, I’m quite happy with the car. On the soft tyre compound I think, we still need to work a bit and find better solutions for the set up. On both the low and high fuel runs it wasn’t ideal. Tomorrow I think we will be able to push for the top ten.”

Esteban Gutierrez: “It was a very complicated day. We were trying to find out exactly where we stood on the track and it’s been quite challenging, because the pace is just not there, neither on the high or the low fuel. I am not happy with the way the car is handling and the way it feels. I’m not very confident at the moment. Obviously, I was trying to do my best to put everything together, but we are missing quite a lot. The most surprising thing was the lack of pace in the long runs. The degradation on the soft tyre was quite high. Also on the medium tyre I wasn’t able to find the pace. We have to look into that now and see how we can improve the car as well as myself.”

Caterham:
Giedo van der Garde: “This has been one of my best Fridays of the year so far – I drove in FP1 here in India last year so the circuit was familiar right from the installation lap and the car balance was immediately good from the first run. There was a bit of understeer in the high speed section through 10 and 11 but it was a positive start to the session. It felt the same on run two – still well balanced and as the track kept getting faster I could really start to push around the whole lap. It’s a good feeling when the car’s like that straight from the start of Friday and even though we had a small issue with the rear brake temps getting a bit higher than we’d have liked, it was all good. We continued with the plan and made a couple more changes to improve the aero balance for the last run and at the end of the session I think we’d made some good progress. FP2 started off the same – the car felt like it kept improving and on my first run in the afternoon I found almost another half second. There was still a bit of understeer in turn 10 but the wind had changed since the morning and that had actually helped the entry into that corner, but overall I was feeling comfortable. We went onto the softs for the second run of the afternoon but I had some traffic on my first lap and wasn’t really getting the most out of them on that run, particularly through turns eight and nine. We ran a normal FP2 plan so finished with the long run, starting on the mediums. They were consistent for the whole run which looks good for Sunday, but the options really aren’t performing here for anything more than a few laps. Now it’s the normal late Friday, getting everything ready for tomorrow and Sunday and after a good day like this I think this can be a good weekend for us.”

Charles Pic: “Everything was ok with the car after the installation lap, track conditions weren’t great to start with but we expected that. After the usual checks were done we went out for the first full run and the car was performing OK right from the start. There was a bit of understeer, especially in the high speed turns and a bit less in the low-speed, but not really too bad. We had a small data logging issue at the start of run two and run three so I came straight back in for the guys to fix it. We didn’t lose too much time as it was sorted out quickly and we were able to complete the program with a final eight lap run. Over the lunch break we made a couple of mechanical changes and the car’s straightline performance felt better but we still didn’t have enough front grip overall and needed to improve braking stability to really start being able to push. Run two was on the options but they weren’t really working at all. Honestly, it was a bit strange as there really wasn’t any grip on the softs – there was less understeer in the low-speed turns, not in the medium or highs, so we’ll have to look at that tonight with the data to really understand what’s going on. For the last half hour of the session we went back onto the mediums for the long run. The pace was ok and deg levels weren’t too bad, but as the options hadn’t performed well on run two so we ran most of the rest of the session on them, stopping for options with a couple of minutes left as we’re already pretty clear on how they’ll behave on Saturday and Sunday. We have some work to do tonight to find the pace that’s in the car here – throughout the season we’ve come back well in FP3 and quali so the aim is for more of the same tomorrow, and to carry that through to Sunday.”

Marussia:
Jules Bianchi: “It is nice to finally get a feel for the Buddh International Circuit and I am pleased with how my first day has gone. We tried a few things on the car to provide us with some options for the rest of the weekend. Our times compared to Caterham are good, and we are pleased with the long run pace, so we are confident for the race.”

Max Chilton: “Today was a pretty long day of track learning given that this is my first experience of the Buddh International Circuit. I have struggled with the car balance all day, so that didn’t make the acclimatisation process very easy. It is also a demanding circuit so there is no margin for error and I had a few ‘moments’. We are trying a new part on the car, which we are weighing up whether we should run or not. Hopefully when we’ve had a look at the data from both cars and looked at all the options we can improve tomorrow.”