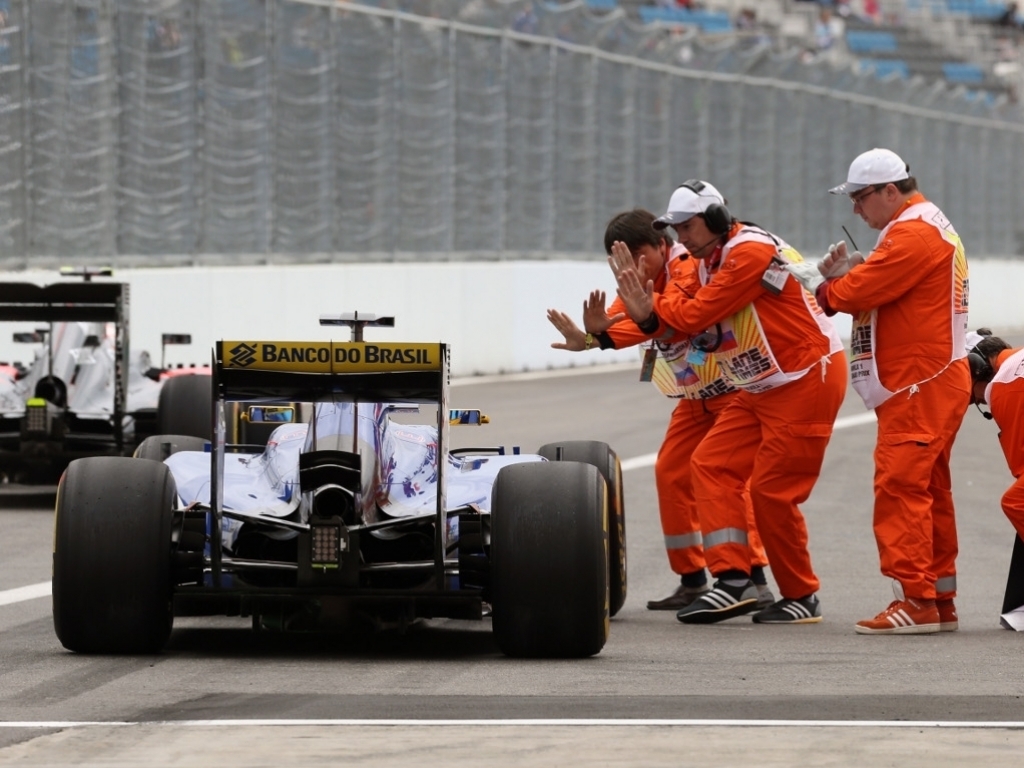 The likes of Felipe Nasr, Romain Grosjean and the two Manor drivers didn’t go out at all in FP2 on Friday.

Sauber
Marcus Ericsson: “Obviously a day that was very compromised. In the morning I did some laps in half-dry conditions. As there was diesel on the track, I had to go quite slowly in these corners. At the end of FP1 I had an issue with the clutch, so I could not run at that time when the track was in its best condition. For FP2 we were able to solve that issue. Later in FP2 it was just wet. As the weather forecast for the rest of the weekend seems to be dry, we preferred to save mileage for tomorrow.”

Felipe Nasr: “Unfortunately, the track and weather conditions in both practice sessions compromised the programme we had planned for today. Nevertheless, we were able to get a few laps in this morning in order to do system checks on the car. I am sure we will have a busy FP3 tomorrow collecting information on short and long runs, as well as working on the set-up of the car.”

Force India
Sergio Perez: “The work we have done today is limited. The track conditions this morning were very poor so we ran a reduced programme. It wasn’t easy to evaluate the set-up changes so we could not learn very much. Then, the rain arrived this afternoon and we only did a few laps. It means final practice tomorrow morning is going to be the most important practice session of all – just as it was in Japan. I still feel optimistic for the weekend and I think we have the potential to be competitive here.”

Nico Hulkenberg: “It has not been the most adventurous day in the car. It’s always frustrating when you have a big work plan and you can’t go out, but it’s the same set of conditions for everyone. Like in Suzuka two weeks ago, we finish Friday without having done much running, but that generally makes it more interesting and unpredictable for the rest of the weekend. The next two days are likely to be dry, so tomorrow morning’s final practice will be crucial: we will need to learn and adapt quickly ahead of qualifying. We will need to squeeze a long run in during FP3 and do the necessary car and tyre set-up exploration. It will be a busy session, but at the same time it could generate an opportunity for us. It’s going to be a big challenge for everyone.”

Lotus
Romain Grosjean: “I learnt very little today, except that it’s nice to have a warm and well catered hospitality building. For the morning I was a spectator, then in the afternoon the weather meant I was a spectator too. Our workload tomorrow will be much higher than usual, so we’ll be kept busy. I’m certainly looking forward to getting some laps in.”

Manor
Roberto Merhi: “It’s good to be back in the car, and in Sochi, but less good perhaps to be confined to the garage for most of the day. It was very slippery on the track this morning and a little too wet to gain anything this afternoon, so better not to risk the car at what is a very tight street circuit with little margin for error. It’s good that I have some experience of this track from my FP1 running here last year and I’m looking forward to more mileage tomorrow.”

Will Stevens: “It’s my first time out here in Sochi, so these haven’t been the best circumstances for track familiarisation today. Having said that, we’re all in the same boat, so to some extent I think every team will start the weekend afresh tomorrow. It’s a very technical track, with the added challenge of a tight and twisty street circuit layout, so I’m looking forward to getting to grips with it in FP3.”