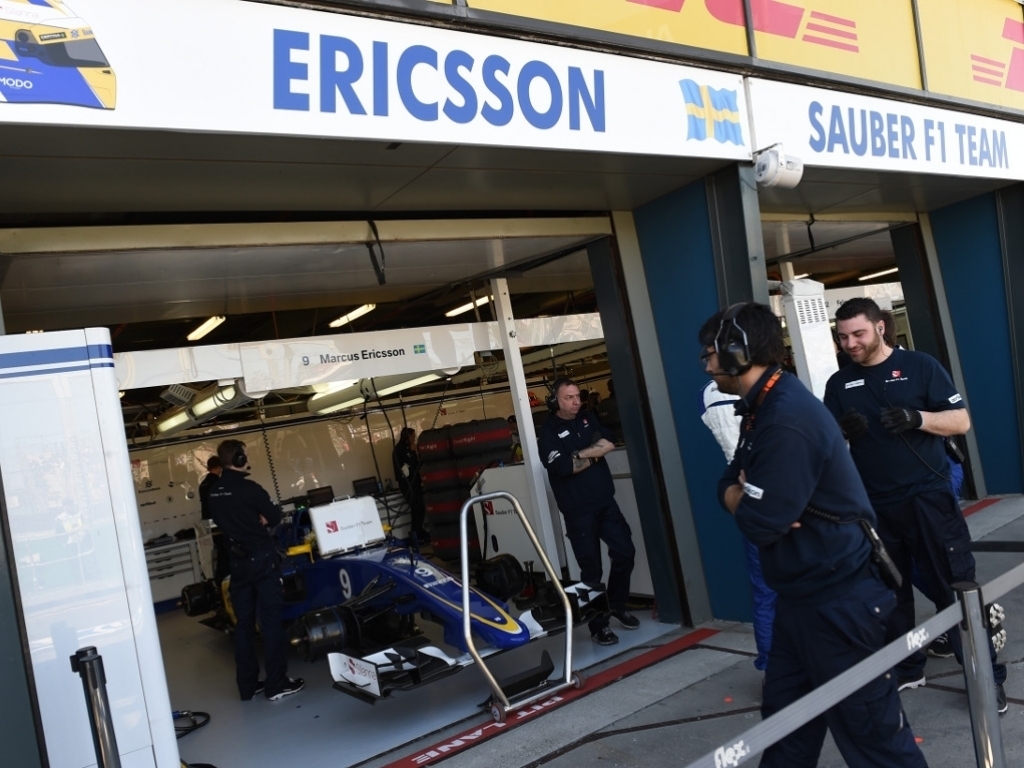 It was a trying day in Melbourne for Sauber, McLaren and Manor but for very different reasons…

Sauber:
Felipe Nasr: "The second free practice session was important for us. As it was my first time driving the track in Melbourne, I had to catch up with learning the circuit, but in general I am quite satisfied with the session. We were able see how the car is reacting and got some good data. Even from my side as well as on the car side, there is much we can do."

Marcus Ericsson: "It was a decent start today, but a pity we had a mechanical issue that forced us to stop running in the middle of the session. I still managed to do one complete run on the medium tyres during which I could improve my lap times and got a better feeling for the car, but I did not have the chance to test the soft tyres. Overall, it is nice to be back in Australia."

McLaren:
Jenson Button: "We didn't get as much mileage as we’d have liked in today’s sessions, but the balance didn’t feel too bad. The lack of running in FP1 made it more difficult for us to get a good base set-up for FP2; you can’t set the car up around a single timed lap, so we didn’t have the momentum that we’d normally have going into FP2. Nevertheless, we improved the balance quite a bit through the afternoon. We have a few niggly problems to solve, but the basic car doesn’t feel too bad. We know it’s not going to be easy, but we’re all working as one team, we’re solving the problems as we go, and, hopefully, we’ll be competitive sooner rather than later. We’ll put our heads down and get the best out of what we’ve got this weekend. A lot of hard work will be needed, but we knew that would be the case coming into the season."

Kevin Magnussen: "We didn’t get too many laps in FP1. Then I went off and damaged the car in the afternoon, so I didn’t get much running under my belt in FP2 either. I tried to push my braking point into Turn Six, then lost the rear on entry. The car still made the apex, but then it snapped at a difficult time. I couldn’t avoid hitting the wall. It was a driver mistake. It’s a shame, but these things happen – my bad – and life goes on. The positive is that the balance and feeling of the car feels good – we’re not as fast as we’d like, but we’re not too far off the optimum balance in the car. Clearly, there’s a lot more to come, but it’s definitely a good baseline. Hopefully we’ll get a better idea of where we are in FP3 tomorrow. Hopefully we can go into qualifying feeling a bit more confident."

Manor GP:
Will Stevens: "It’s great to finally be here in Melbourne. With the challenges we’ve faced over the past few weeks, that in itself is a fantastic achievement. It was never going to be an easy task to get the cars out on track for the first time. We’ve had no pre-season testing, so we’re having to experience those challenges here in the field in a race weekend context. The guys are doing a great job so all we can do as drivers is be patient and support the team."

Roberto Merhi: "Of course I was looking forward to my first experience of our car today, but we knew that getting out on track would not be an easy process. These things take time and everyone in the team is working incredibly hard, so we hope for a better day tomorrow. I’m really enjoying being with the team and the support from the fans has been incredible. It’s a special feeling being here for my first Grand Prix weekend, so I’m not too downhearted. We will get to where we need to be."