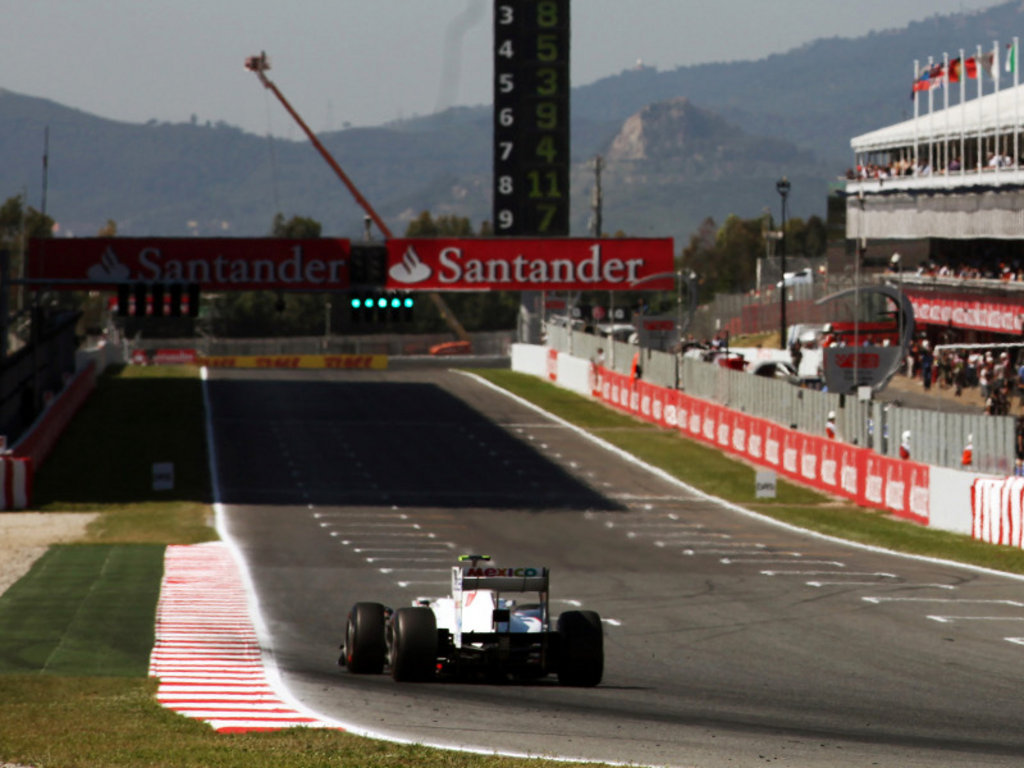 Sauber:
Kamui Kobayashi: “We have had a really interesting day. In the morning I was busy testing the exhaust, and evaluating the new aero parts. I didn’t put in a good lap time because I had to pit after a sensor gave us some wrong information. The new superhard compound gives you the feeling you are driving a totally different car. They are so slow. This is going to be tricky for everyone and might produce interesting tyre strategies in the race.”

Sergio Perez: “It was a very positive day for us. We were learning a lot about our aero update and the new tyre compound. As it is quite slow compared to the soft compound, you will obviously want to use the soft ones as much as you can in the race. We have to analyse a lot of data now, and then we want to make sure we improve our qualifying performance tomorrow and get proper grid positions.”

Renault:
Nick Heidfeld: “What was really interesting today were Pirelli’s new super hard tyres. Although we’ve gained some experience of them occasionally on Fridays, we haven’t used them a lot and they didn’t really perform as I expected. They are significantly slower over one lap and during the long run too. That’s the main difference between them and the previous hard tyres. The good thing is that I tried some out of the box things today, and attempted some different aspects to try and improve performance. We also managed to work on the set-up, which was useful. I think we’ve made some progress, but tonight we need to analyse exactly what we’ve learnt and where we can get even better going into P3 and Qualifying tomorrow.”

Vitaly Petrov: “The good thing is we were able to test both sets of tyres for a number of laps, so we could take lots of useful data which is what today is for. On the other hand, I lost a lot of time because of not being able to use KERS to its full potential, so it was a little bit frustrating. This meant there was less power for my car, but the KERS also affects the braking so we had to work on the brake balance to compensate. I’m optimistic and looking forward to seeing what happens tomorrow.”

Toro Rosso:
Sebastien Buemi: “A completely different experience to our winter testing here of course, with much slower lap times because of the higher temperatures and we know these tyres react very differently in this heat. Even though this was just a half day for me, I was able to run a lot and I am quite happy because we have a lot of data to analyse, so it will be a long evening. The main problem, which I think affected everyone today, was a lot of oversteer and we saw a big difference between the hard and soft tyres, probably the biggest we have seen all year. Tomorrow, I will have a nice fresh engine so I think we can move forward and the rest of the weekend should be positive for us.”

Jaime Alguersuari: “It was a shame that I lost track time this morning, but we made up for it later. In the afternoon I got a good feeling from the car, especially on a long run, producing some quite good lap times given I was running used hard tyres. When I was trying to do a quick lap, I got caught up in traffic, but overall I am optimistic. Having two test sessions here in the winter did not really help much today as the car has evolved and the track conditions are very different now.”

Williams:
Rubens Barrichello: “We have tested all the new parts we have in Barcelona. On track, the rear wing looked alright but we need to look closer at how the new floor performed. It was very hot today so the grip level was lower and therefore the car was sliding more and tyre wear was greater. The car was oversteering a bit as well. I think we need to look at this for the weekend to try to minimise the problems and maximise our set-up, but I think at this stage we’d be looking at four stops minimum in the race on Sunday.”

Pastor Maldonado: “I think today was good overall. We completed our full testing programme which I’m happy about and we also did a few longer runs in FP2. It’s difficult to compare ourselves to other teams as we don’t know what they were doing, but everything seems to be going well. We have a number of upgrades but we still need time to analyse the data.”