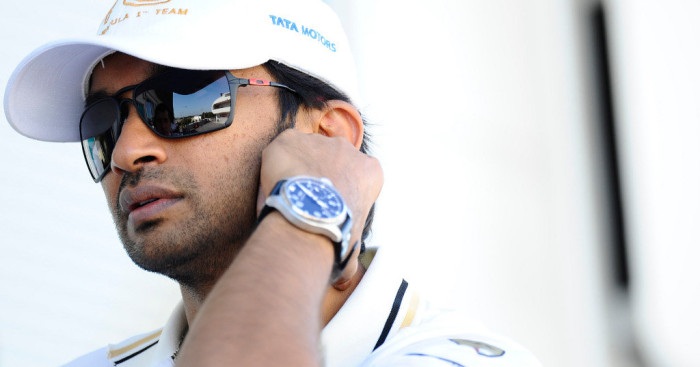 Toro Rosso got off to a slow start in Japan, joining Caterham, Marussia and HRT at the bottom of the timesheets in practice…

Toro Rosso got off to a slow start in Japan, joining Caterham, Marussia and HRT at the bottom of the timesheets in practice…

Toro Rosso:
Daniel Ricciardo: “It’s a really nice circuit, I am happy to be back after my first experience here last year and I had fun driving it today. I particularly like the 130R, which is very challenging with the DRS and it’s the point on the track where you sometimes hold your breath! This morning we started from our usual baseline and then I felt we could make some changes which we did in between the sessions. I think these improved the car even if it did not seem to help us close the gap to our opponents, which suggests everyone is making some steps forward. However, I am happy we have made progress and, as usual in fact, it seems our long run pace looks more competitive than our qualifying pace, which is important given that the points are only scored on Sunday.”

Jean-Eric Vergne: “Another circuit that I had only seen on the simulator until today and I have to say it’s really nice. The best part is the first part, the Esses, which is great fun to drive. Apart from that, I would say we had a positive first day of practice, a normal Friday, when the times don’t mean much as we don’t know what fuel loads everyone else has. I’d say we seem in pretty good shape, even if there are still some areas we can work on to find more performance for the rest of the weekend. As this is my first time here, I am also improving every time I go on track and so there is more to come from me too. I ran both tyres and that side of the package seems reasonably straightforward.”

Caterham:
Heikki Kovalainen: “A pretty good session for me today in FP2. Having sat out FP1 we had a lot to get through in the afternoon session and we got through everything we’d planned. On the early runs on the hard tyres we had to work pretty hard to find a decent balance but we made a few changes and started heading in the right direction. On the soft tyres the car felt much better – it immediately felt balanced on the performance run and the degradation levels and balance on the long run were pretty manageable. We also finished with a time that puts some clear air between us and the cars behind, so overall a pretty positive day.”

Vitaly Petrov: “I came into Japan with a cold that meant I had to miss some of yesterday’s work on track. I’ve felt better today but it’s still good to have got through so much work today in the car. We’ve run a lot of laps, doing aero work and testing a couple of new parts in the morning session and focusing on the tyres in FP2. On the final lap in the afternoon session I went off in turn one after a problem with the rear wing. We’ll have a very close look at what caused that so we can make sure it doesn’t happen again but apart from that I’ve had an OK Friday here in Japan. As the day’s gone on the car has felt better on each run and it was pretty consistent on both tyre compounds. Having completed the runplans we set for FP1 and FP2 we’ve generated a lot of information for the guys to work on tonight and I think we’re setting ourselves up OK for the weekend ahead.”

Marussia:
Timo Glock: “It has not been any easy session for us. FP1 and FP2 were not straightforward because the car felt a bit difficult on the hard tyre. The balance wasn’t good at all in FP1, but we have found a better solution in FP2. But still, all is not quite as good as it could be and we need to work a bit on our car set-up. We are a little further behind our competitors because of the KERS effect. I had the chance to follow some cars but when they deploy the KERS it has such a big effect here in Japan. We need to see what we can do tomorrow and try to close the gap to them by finding a way to improve the car for both long runs and qualifying. Let’s see what we can do overnight.”

Charles Pic: “Today was my first taste of the Suzuka Circuit and I enjoyed the experience very much. We achieved the full programme, but we are not where we would like to be yet and we were a few tenths missing today. Having said that, it is positive that the new floor Timo ran with seems to be working well, and I will get to feel the benefit of that tomorrow. I am looking forward to pushing the car forward and a stronger rest of the weekend.”

HRT:
Pedro de la Rosa: “I’m happy with the day we had as we were very disciplined. We progressed as the day wore on and that’s always positive. In the morning we started out with the old floor and then moved on to the new one to carry out an evaluation at a constant speed so now we can analyze all the data extracted and make comparisons. In the afternoon we focused on the set-up of the car. We’ve got quite a bit of understeer, as I think most teams do, but although we’ve improved it quite a bit we’ve still got a lot of work to do. We’ve also tested both tyre options and done a qualifying and long distance simulation. I’m satisfied because it’s been a very productive day.”

Narain Karthikeyan: “It’s been an intense day of work as we had a lot of tests to do with the new floor. It was important to carry out the aero evaluation at a constant speed to evaluate its efficiency whilst also working on adjustments to the set-up. And it was positive because we extracted a lot of data and we have good sensations. But now we must analyze all that data to get the most out of it for tomorrow because there are still some areas in which we can improve.”