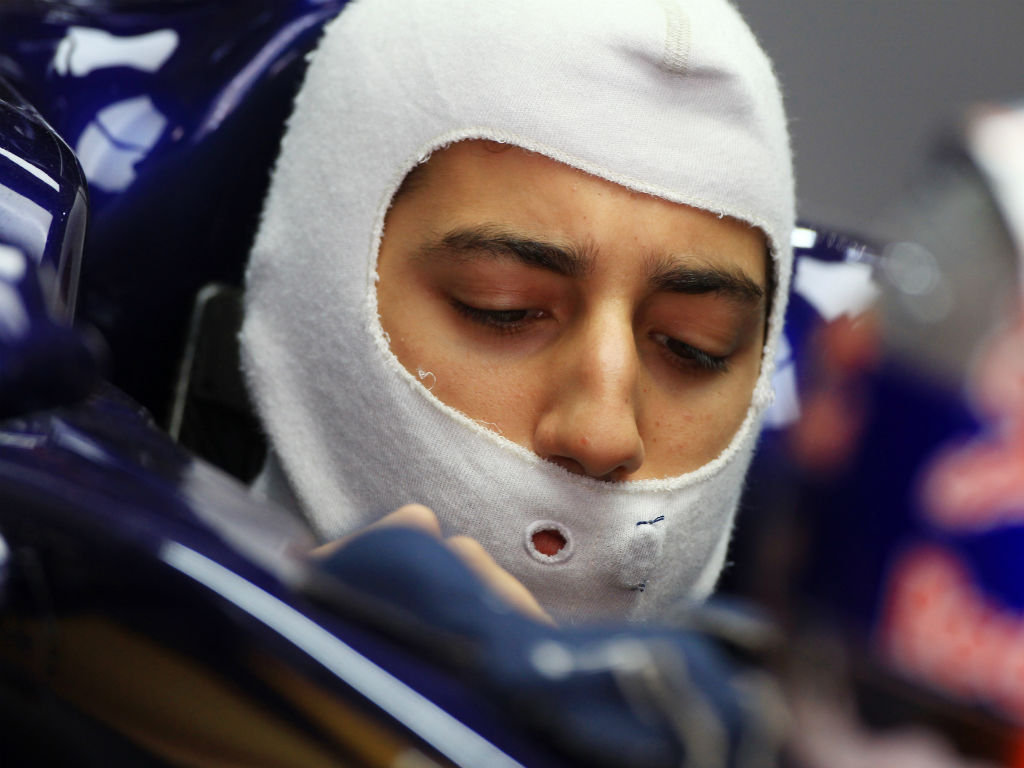 Toro Rosso once again found themselves at the bottom of the timesheets along with Caterham, Marussia and HRT in Abu Dhabi…

Toro Rosso once again found themselves at the bottom of the timesheets along with Caterham, Marussia and HRT in Abu Dhabi…

Toro Rosso:
Daniel Ricciardo: “At the start of P1, grip or the lack of it was a problem, but we improved the car in between the two sessions and while the short runs went okay, the long run was not as successful. Generally we were off the pace today. The heat? It’s not as bad as Singapore and no problem to deal with.”

Jean-Eric Vergne: “It was nice to be back here, at this circuit that I know better than any other on the Formula 1 calendar, at the wheel of this car. It was an enjoyable day out on track, however, I had a problem on the car this evening which lost me some track time. We seem to suffer from a general lack of performance, which I think stems from not having enough downforce. But we have been in this situation before on a Friday and managed to recover for Saturday and especially for Sunday, so we just need to work hard tonight on seeing how best to move forward.”

Caterham:
Vitaly Petrov: “I sat out FP1 and saw how hard the team worked to sort out the electrical issue that cut Giedo’s session short. It was all sorted out by the start of FP2 so we could get on with the program immediately. On my first run we had a few handling issues to sort out so we made some mechanical changes and saw an immediate improvement on the second run. By the time we put on the soft tyres the times were getting quicker with every lap and I think we found a balance that’s working for us around here. We’ve generated a lot of data from all the runs we’ve done today on both tyre compounds so even with the problem we had this morning we’ve got through nearly the whole program and are set up ok for the rest of the weekend.”

Heikki Kovalainen: “For me today was pretty good. In the first session we ran a number of the new parts we brought here and then did comparison runs in FP2, as well as trying the soft tyres on a performance run, and a longer stint at the end of the session. The key to unlocking the potential of the upgrades is finding the right setup and with the amount of laps we ran over both FP1 and FP2 today we’ve generated enough data to give us a good chance to find something we can work with tomorrow. There’s a long night ahead but everyone’s working harder than ever to keep making progress and hopefully we’ll see some of the results of that tomorrow.”

Marussia:
Timo Glock: “A typical Friday really, although in FP1 I ran some developments for next year. There were a lot of sensors on the car, so while the work was good, the running was a little less straightforward. In FP2 I had some trouble with traffic on the Soft option tyre run; every time, I caught up to Petrov in the last sector which lost me time. We also tried some different set-up options and we have to look at the information we gathered to ensure we have the right one for the rest of the weekend.”

Charles Pic: “It was great to be back in the car at Yas Marina this afternoon. It’s a circuit I like very much and I hope we are able to continue the positive work of India. For the early part of the FP2 session I got up to speed with the track – quite quickly as well – and prepared for qualifying and the race, adjusting to the changing light conditions. We are not where we would like to be yet, so I hope to make a step forward for tomorrow.”

HRT:
Pedro de la Rosa: “The initial objective was to find a good car balance and we achieved it quite early on. Then we focused on testing different configurations to see where we were and to optimize the cooling of the brakes. The grip on the track is quite low and the difference between both tyre compounds is smaller than expected. With the mediums the car performs better but on softs the grip is better, although we can still extract more from these. Our pace is good and the tests we carried out on the brakes didn’t go badly, so we’re optimistic although there is room for improvement.”

Narain Karthikeyan: “I didn’t know the track beforehand and it’s more demanding and technical than expected, both physically and for the car because there isn’t much grip. Today’s objective was simply to run as much as possible and tomorrow we will focus on adjusting minor details ahead of qualifying. We’ve still got three sets of tyres, two softs and one medium, and if we make the most of them I’m confident that we’ll be much more competitive.”