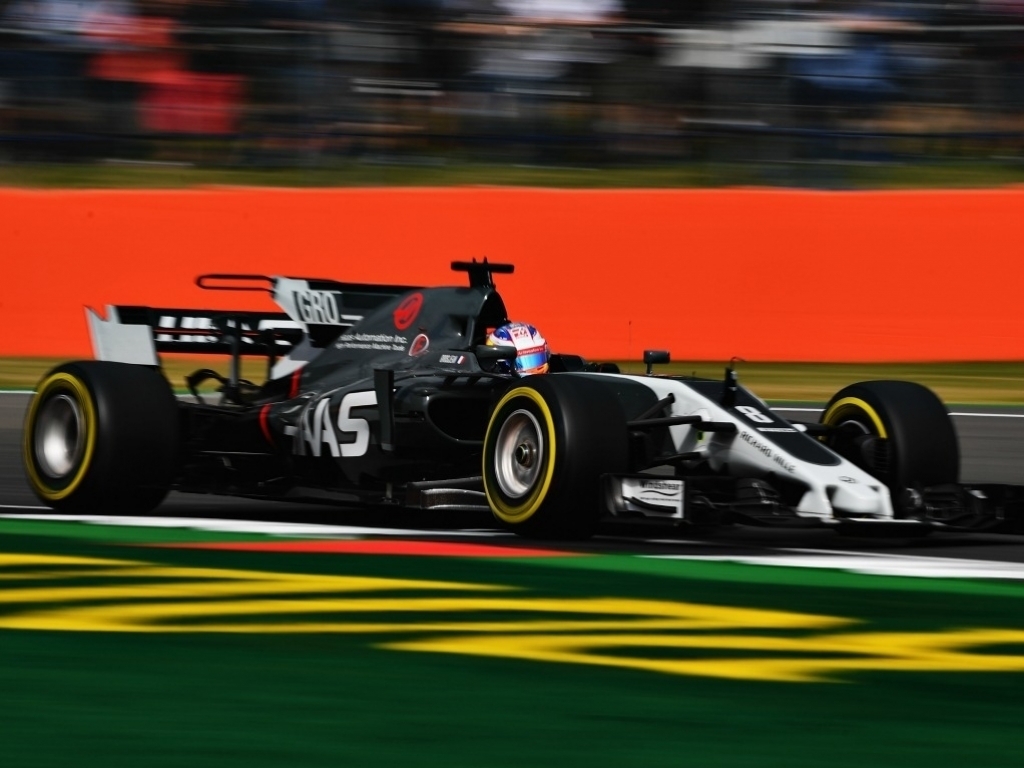 Carlos Sainz and Romain Grosjean both suffered spin-outs during their qualifying sims, with Sauber the usual back-markers.

Carlos Sainz: “Quite a tricky Friday here at Silverstone. During this morning’s FP1 session we assessed the balance of the car and also managed to make some good progress for FP2. Unfortunately, at the beginning of this afternoon’s session, I was caught by the changeable conditions and the wind during my first run and had a little moment off track, which meant I couldn’t complete many laps before putting the supersoft tyre on. Having said that, I think I managed to do a decent lap time which leaves us quite close to the top ten – we are not there yet and we still need to improve for tomorrow, but it’s all coming together little by little.”

Daniil Kvyat: “We did everything we had to do for today. FP1 was better than FP2, so there’s still a bit of things to work on for tomorrow. The windy conditions don’t make our job any easier but, overall, the car doesn’t feel too bad even if it’s not exactly where I’d like it to be. We think we know what to do to improve the car for FP3 and qualifying, so let’s go for it at an always challenging Silverstone.”

Romain Grosjean: “It’s been a working day. We’re not as fast as we were in Austria at this time of the weekend. We’re struggling a little bit with getting the tires in the window, possibly with the cooler temperatures, but I don’t know for sure. We changed brakes over lunch from Brembo to Carbon Industrie, which doesn’t make our life very easy. There’s a lot of mapping and all that had to be done behind the scenes. That was a big job. We’ve also been evaluating low fuel and high fuel. I wouldn’t say I’m 100 percent happy with the car, but we’ve got some idea of what to do for tomorrow.”

Kevin Magnussen: “Initially, it was just about getting used to the car and the track as quickly as possible after sitting out FP1. I got into it fairly quickly. The wind wasn’t too bad today, but even then it still has an effect – that’s always the case here at Silverstone where it’s very flat and open. I don’t know what it’s going to do tomorrow, but if there is wind it will have an effect. Regardless, it was amazing driving these cars here and it lived up to expectations. It was amazing just how fast we go through the corners, especially the high-speed bits. We have a few things we need to dial in for tomorrow, but I’m looking forward to seeing what we can do.”

Antonio Giovinazzi: “First of all, I want to say thank you to Scuderia Ferrari for this opportunity. It was a really good session. My last test was Bahrain with Ferrari a long time ago, so to be back in a car was really nice. It was a session to just get as many laps as we could. We didn’t make any mistakes, we tried quite a few things, and I was confident in the car. I was really happy with our performance. It’s nice to see how different teams work. I’m looking forward to my remaining six FP1 performances with Haas F1 Team. It’s a fantastic team, so I’m really happy to join them and I’ll do my best. I started this FP1 session at one of the hardest tracks with a lot of downforce and a lot of fast corners. I think to be four-tenths from Romain is strong. He, of course, has a lot of experience and laps to start. I can’t wait to jump in the car again in Hungary. It will also be hard as it’s a difficult track, but I’ve already got some confidence from the car so it’ll be a little easier.”

Marcus Ericsson: “Overall, it has been a relatively productive day of testing for me. We were able to complete the planned programme without having any issues, tested different downforce levels and did other set-up work. I had a lot of fun driving, especially in the high-speed corners. On the other hand, our performance is surely not satisfying, so I hope that we can find more performance for the rest of the weekend.”

Pascal Wehrlein: “I had issues with the engine today, as was the case in Spielberg last week. We still managed to run through our programme and tried out various car set-ups. In the afternoon we focused on short runs and a long run. I hope that things will go better tomorrow and on Sunday.”