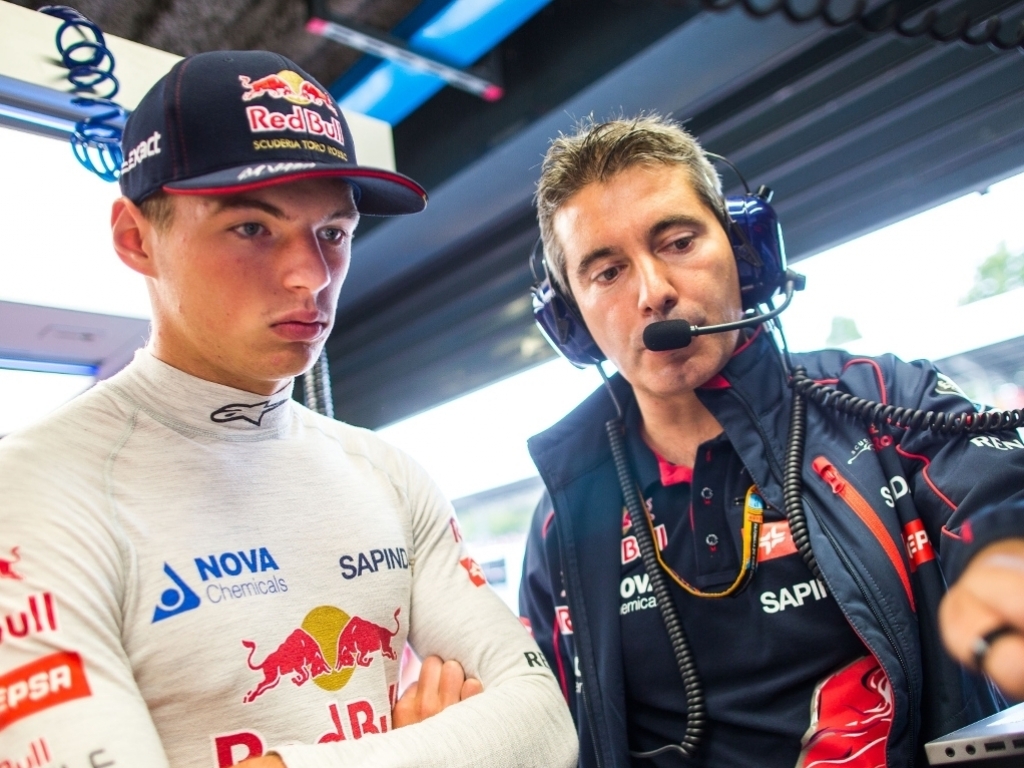 Toro Rosso:
Max Verstappen: "We knew it was going to be a tough day today, and that’s how it turned out to be. We just have to try and make the most out of this situation, optimise the car and try to find a bit of performance… It’s no secret if I say that it’s difficult for us at this track, as here in Monza you need a lot of straight-line speed… But, all in all, I think it’s been a useful day. We tried some different things on both cars and we’ve managed to gather plenty of data to work on tonight."

Carlos Sainz Jr: "This morning’s FP1 was a bit scrappy as we had a few issues with some settings and then a spin also compromised my session… But we were able to recover and FP2 was much more positive. Our focus was on the long runs and we worked on setting the car up for Sunday, as we know that in tomorrow’s qualy we won’t be able to do much due to the positions-penalty for changing engine. I’ve really enjoyed it out there today, it’s one of my favourite tracks and even more after today… The top-speeds we reach in the DRS zones and with the tows is pretty big, the highest I’ve ever reached in my life obviously, and it felt great!"

McLaren:
Fernando Alonso: "We knew this circuit would be tough for us – but we tried some changes with the car in order to learn things, so let’s see how things go on Saturday. If it rains tomorrow, that ought to mix things up, particularly for the cars at the front. For us, it shouldn’t make too much of a difference, as we both have grid penalties for making an engine change, so we’ll start towards the back. We’ll do minimal laps tomorrow in order to save the engine, and, hopefully, recover some places in the race."

Jenson Button: "It’s always nice coming to Monza. This is a circuit we love, and the fans are so passionate – and, as racing drivers, it’s fantastic to go racing with that sort of atmosphere around you. It’s been a tricky day for us. My car lost coolant at the start of FP2, and we couldn’t change the ERS pack with enough time to get out for the end of the afternoon session. So I did one timed lap – which isn’t great – but at least we can learn something from Fernando’s data. We knew this was going to be a tough weekend for us, and this just makes it more difficult, but hopefully we won’t have any problems tomorrow."

Manor GP:
Will Stevens: "A pretty good start to the weekend, for me and the team, so I’m feeling happy. It’s still quite early in the weekend but it’s nice to see us performing well here and we seem to have a pretty good set-up from which to make progress. We’re a little closer to the McLarens, and hopefully we can keep in touch with them in qualifying and the race, which will make Sunday even more interesting."

Roberto Merhi: "Generally, we’ve had a really strong first day as a team. From my point of view, I think there is some room to improve and for things to be very close, not just between me and my team-mate, but also with our team and the McLarens. We seem to be a bit closer here and Monza is the type of circuit where we can demonstrate that progress, so I’m looking forward to tomorrow."