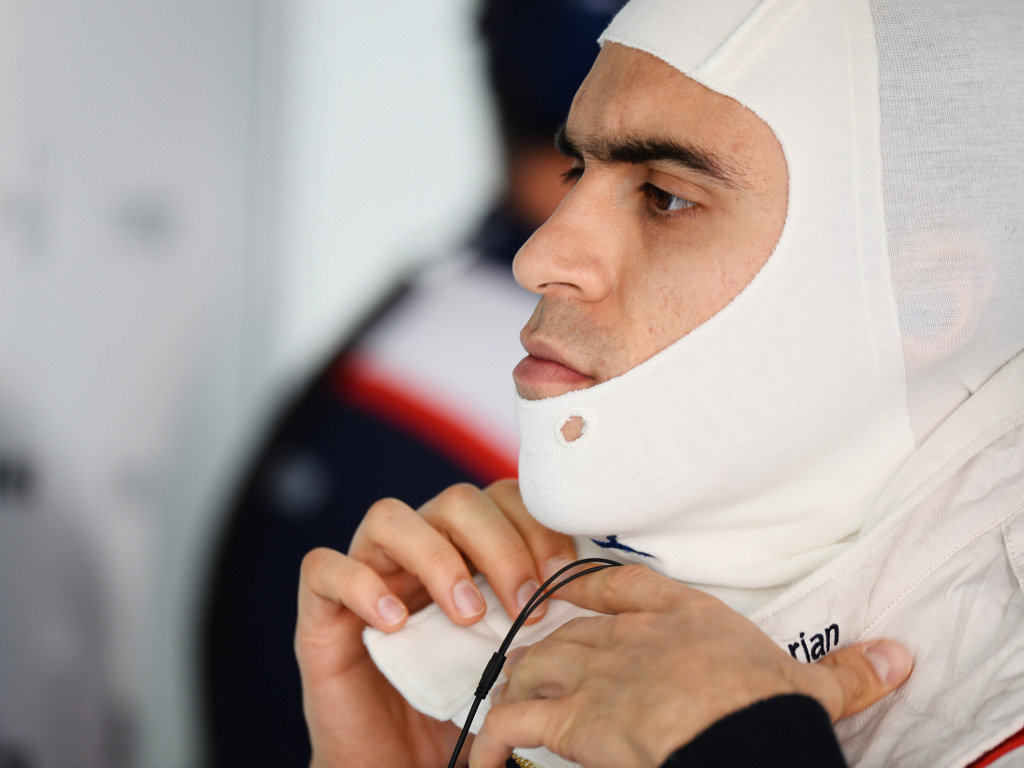 Williams:
Pastor Maldonado: “Our performance wasn’t up to the level we hoped for today, but hopefully we can analyse the data tonight and improve for tomorrow. We seem to have made a step forward with the new front wing but we need to work on the car as a whole to look at all areas. As always we will do our best and try to get the maximum out of the car.”

Valtteri Bottas: “We did quite a few tests with the car today, both mechanical and aerodynamic. We still have quite a bit of work to do with the car balance as we are struggling with the front end, particularly in the mid-corner. We need to work on that, but the positive thing is that we seem to have made a step forward with the new front wing we tested on Pastor’s car, so I look forward to trying that myself.”

Caterham:
Giedo van der Garde: “Overall I think that as a better Friday than we’ve had for a while. I drove FP1 here in Korea last year so the track wasn’t new to me and that’s obviously an advantage when every lap counts towards maximising performance in FP1 and FP2 and it paid off today, even though I know I didn’t get everything out of my quickest lap on the supersofts in FP2.

“In the first session, initially the car balance wasn’t great. I had a bit of oversteer on entry into the high and low speed corners and we had some traction issues that meant I couldn’t really push so we changed front toe and dropped the front wing a bit for the third run. Grip levels were obviously improving fast but the changes had pushed the car from oversteer to understeer, particularly in the medium and high-speed corners so for the last FP1 run we added back some more front wing and dropped the rear ride height a bit and by the end of the session we’d made some positive progress.

“In FP2 we started with a car that felt a lot better. I was immediately able to push and even though it was a bit on the edge in the slow speed corners, but generally the changes we made over lunch had worked well – basically it meant I could point the car where I want it and carry speed through the corners. We went onto the supersofts for the second run and found we had a bit too much understeer – that didn’t help me put a clean lap together and I made a mistake in the final sector so I know I can find more time tomorrow on the options.

“We followed the usual Friday plan and I stayed on options for the first long run. They held up well but I was blocked about 16 laps into the long run and had to slow down, letting the tyres cool. Instead of trying to bring them back up to temperature we boxed and I finished the session on a set of mediums which were also performing well right to the flag.”

Charles Pic: “”FP1 was ok for me. The track was obviously very green to start off with, and one of the first things I noticed was how bumpy the new pitlane exit is, but in general the car felt pretty good from the first full run. To begin with there was a bit too much front end in the high speed corners, especially through turns seven and eight, but it felt good in the low speed turns.

“For the next run we changed the rear camber and took off a bit of front wing and it definitely felt a bit better in the high speed turns, but overall there was a drop in rear grip and there was more rear locking, especially in the first sector. For the final run we made a change ot the rear ride height and it felt like it had improved the overall stability, especially in the last sector.

“Between FP1 and FP2 we made quite a few changes to the car and on my first run the rear stability had improved a bit from the morning session, as had the aero blance. Against that the traction wasn’t great and in the very low speed turns the car was a bit sharp, mainly on entry and mid-corner, so we changed the ride height and front toe for the first run on options.

“On the performance run the supersofts started going off before the end of the first lap. The car balance was ok until the degradation started but after that it was understeering everywhere so we’ll have to look at how we manage that tonight. I switched back to the mediums for the first stint of the long run but had to cut that a bit short after flatspotting the tyres in a small off. The deg levels until that point had been pretty good and that gives us decent options for Sunday, if it’s dry!”

Marussia:
Jules Bianchi: “Overall I’m happy with the start of my Korean Grand Prix weekend. Having sat out FP1 I just needed to make the best of FP2 and get through as much set-up and tyre evaluation as possible, which we did with 31 laps. A good beginning but we need to make progress from here.”

Max Chilton: “I’ve enjoyed a pretty promising start to what is a new circuit for me. We started the day with a bit of an imbalance and we tried a few things to overcome that, some of which worked and some of which didn’t help. At the end of the day though we seem to have found our feet a little more at this track and so I’m looking forward to seeing how we can move forward from here.”