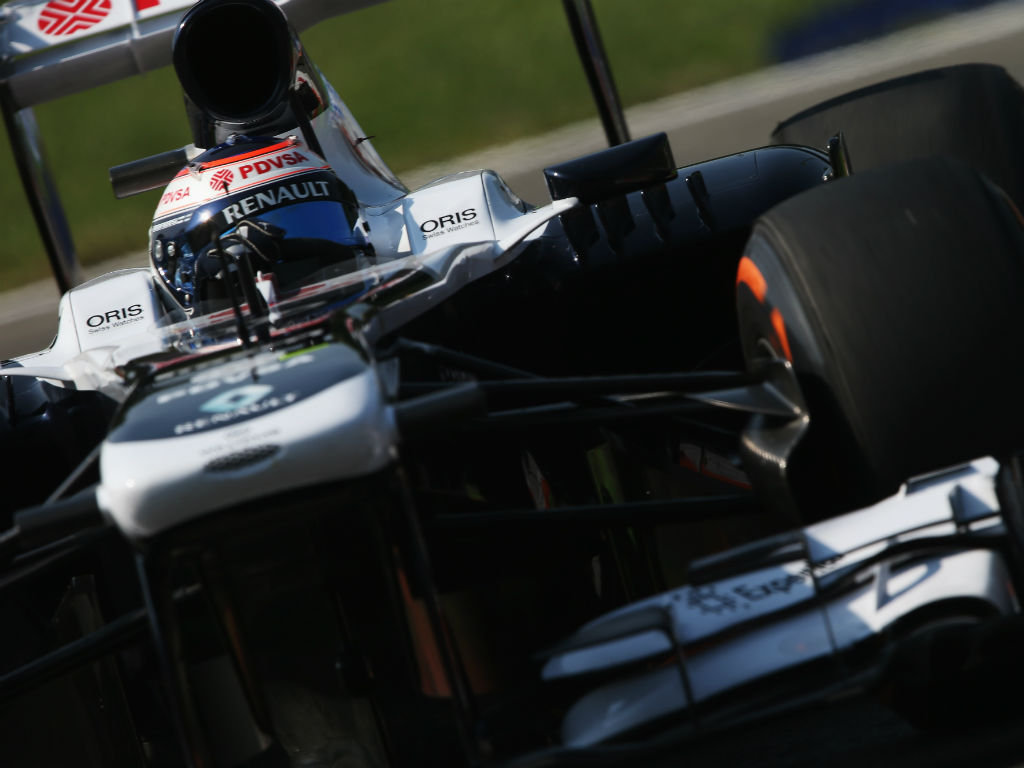 Williams:
Valtteri Bottas: “We did some aero testing with new parts for the car today, which look like they may provide some small gains. The track was quite slippery in the morning which seemed to suit our car but as the track improved in FP2 we struggled with the car balance. The performance in the first session showed our potential, so if we get everything right and the weather suits us it may be better for us tomorrow and Sunday.”

Pastor Maldonado: “It was a difficult session today, particularly trying to get the most out of the tyres. We are struggling to get the maximum downforce here and the car feels like it’s not working together between the front and the rear. The circuit is very enjoyable to drive and fast through the corners; hopefully we can look at the data from today and put a package together for the weekend to suit our car.”

Caterham:
Charles Pic: “We obviously had to wait quite a bit for the session to start which cut into our runplan but by the end of the session we’d still completed 19 laps which was quite close to the target, but it still didn’t really help us sort out the understeer that dominated the session. The low track temperatures didn’t help, but on all three runs the car had very little front grip and it was understeering everywhere, obviously meaning I couldn’t push anywhere around the lap. For FP2 we made quite a few changes to the car and it was immediately better – we made a good step with the work we did over lunch and I could immediately push much more than the morning session. We started with the hard tyres and then went onto options for run two and with a bit more front wing added the grip improved in the low and medium speed corners, not so much in the high speeds, but overall it was another improvement. On the long run we started on the hards and went onto options after 15 laps. They both held up pretty well and the times were pretty competitive with the cars ahead, something we also saw in Abu Dhabi. We’ve completed a lot of laps today so we have a good amount of data to work on tonight and now the aim is to continue to progress tomorrow.”

Giedo van der Garde: “This is my first time driving this track so overall I’m pretty pleased with how close I ended up to my teammate, and the fact that we completed a good number of laps in FP2. I was comfortable with the track from early in the session and because I’d sat out FP1 we ran a slightly different runplan for the afternoon than normal – two runs on primes, a performance run on options and then the long run, also on the options. On the first run I had the same sort of understeer Charles had said his car had in FP1 – not as bad but still not something I was happy with. We added a bit of front wing which helped a little but on run two the car was behaving a bit strangely, not like it has all year. I just couldn’t carry any speed into the corners and even though my quickest lap time on the mediums was ok there was definitely time to be found. We finished with a long run on the mediums but we still had the same understeer issue throughout the run. We’ll have a proper look at that tonight and I’m sure we’ll sort it for tomorrow.”

Marussia:
Max Chilton: “Generally I’ve had a good day today when everything seemed to be going in a positive direction, so I think we have to look beyond the brake disc problem that cut short my afternoon session because we seem to be making good progress. Luckily we didn’t lose much time and we can find a good solution for the rest of the weekend. I have enjoyed my first day at the Circuit of the Americas and hope to see this continue tomorrow and into the race.”

Jules Bianchi: “When the day is cut short to just one session it is not always easy to properly acclimatise to the circuit and be in a good place with the car balance by the end of the day. Today this was made even more difficult by the fact that the car balance has been really inconsistent, and we had to try lots of different things to try to improve. We won’t know which is the right solution or how well it will work until the engineers have looked at all the data this evening, but it has been a tough day and I hope we can resolve a few things overnight to ensure we can have a better day tomorrow.”