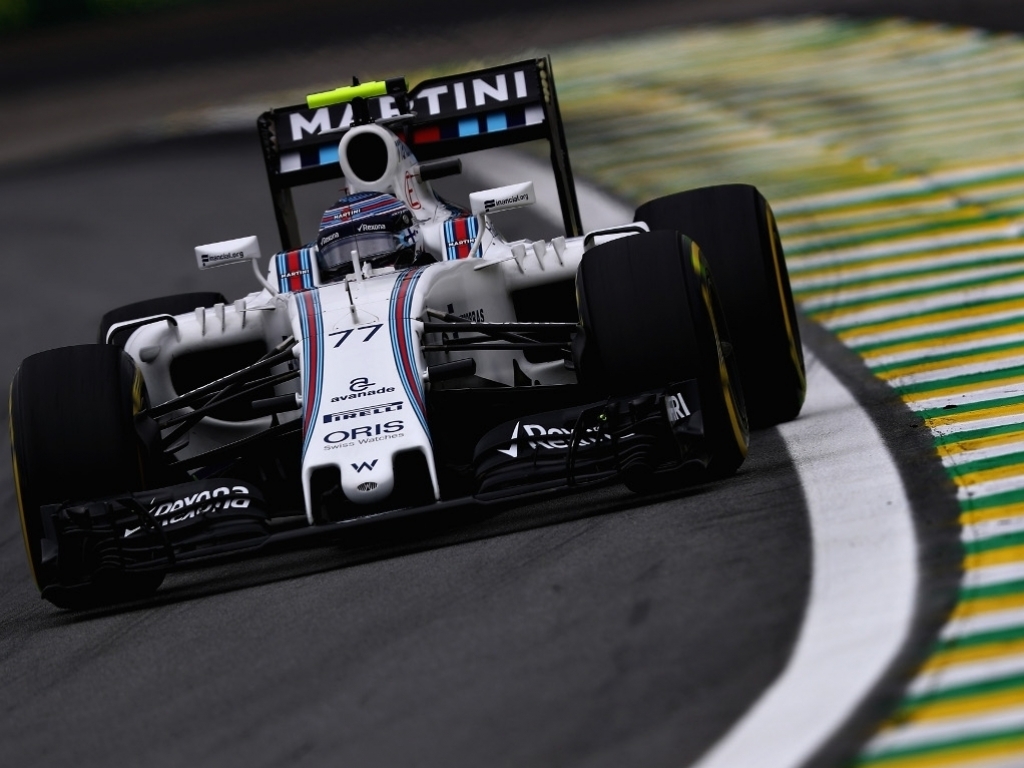 In their battle for fourth on the Constructors’ Championship, Williams driver Valtteri Bottas managed to pip Force India Sergio Perez and Nico Hulkenberg during FP2.

Williams:
Valtteri Bottas: “As a Friday, everything went well. In FP1 we were doing some pretty specific tests with the engine and aerodynamics so, from the lap times, it’s difficult to comment. But FP2 felt a lot better and it looks like we are where we have been at the last few races. Once again, we’re battling with Force India. But I know there are improvements we can make to the car and there’s plenty more to come tomorrow.”

Felipe Massa: “It was my last Friday so I would have loved to finished in first position! In fact, I’d like to that on my last Saturday and especially my last Sunday too! Today we were trying to find out as much about the tyres and the car as we could, particularly on long runs. It won’t be an easy race, but I will definitely do everything I can to have a good result here in Abu Dhabi for my final Grand Prix. I will try to enjoy it as much as I can – but the best enjoyment will come from a good race result, so that’s what I’m hoping we can achieve on Sunday.”

Force India:
Sergio Perez: “It was a positive day for us. We managed to complete a big programme and we have plenty of information to analyse tonight. Looking at the times, I don’t see any big surprises: we are where we expected to be before the weekend started and we’ve done some good race preparation. The track evolved a lot between the sessions, especially with the temperature drop between FP1 and FP2, but I think we’re nearly there in terms of set-up. I think we have done a good job and I am really looking forward to tomorrow.”

Nico Hulkenberg: “I was in the car for the evening session only, but it wasn’t a big disadvantage because that’s when the track conditions are representative of what we’ll experience in qualifying and the race. I felt quite good with the car straight away and I was able to find a good rhythm quickly. There’s still some work to do with the balance, because it’s not where I want it to be yet, but we should be able to find some extra grip overnight.”

McLaren:
Fernando Alonso:  “As a team, we need to take every opportunity we can to test things on the track for next year. We need to learn and understand as much as we can about configurations or philosophies that we can put into next year’s car. And today was a day when we could really improve our understanding – particularly in FP1, which isn’t really representative of the conditions we’ll find in either qualifying or the race, so it made sense to experiment a little. In FP2, we had our only opportunity to learn about the tyres in similar conditions to those we’ll experience in the race – at night, and with cooler track temperatures. It’s been a positive start to the weekend – let’s hope we can maintain that momentum into the race.”

Jenson Button: “Wearing my old 2009 helmet design today was great – the colours are fantastic, but the memories are even better. It wasn’t a great day for us – we had to stop running fairly early in FP1, then elected to change the power unit before FP2. Then I got out half an hour into the session. It might’ve been a bit of a troublesome day, but I still think we learned something useful by the end of the day’s running. It’s fun to drive around here, and I think our race pace will be stronger than it has been for the past few races, we’ve just got to pull it all together by qualifying strongly. Whatever weekend we have, I want to make it as good as I can – and not just because it’s my last race. Hopefully we’ll be stronger tomorrow.”

Haas:
Esteban Gutierrez: “I think we maximized our track abilities today. We managed to complete the whole program, which was important for us to get a good feeling for the car, especially with the temperatures being very different between practice one and practice two. It’s important to understand how that affects our car. We have plenty of data to look at. We’ll work tonight to understand everything and make the right choices for tomorrow.”

Romain Grosjean: “Not the easiest Friday we’ve ever had. We had some issues this morning with that spin, and some mapping issues and the braking. We did well and worked hard to sort that out for FP2. Then, unfortunately, in FP2 we had the issue with the water leak which meant we couldn’t do our long run. I’ve been struggling to get the tyres to work. We initially had a good run in the day, but then after that we struggled a bit more. That’s going to be the main concern for our work tonight. We know that FP3 tomorrow won’t be representative of the rest of the weekend. Hopefully, we make the right guess for qualifying and the race.”