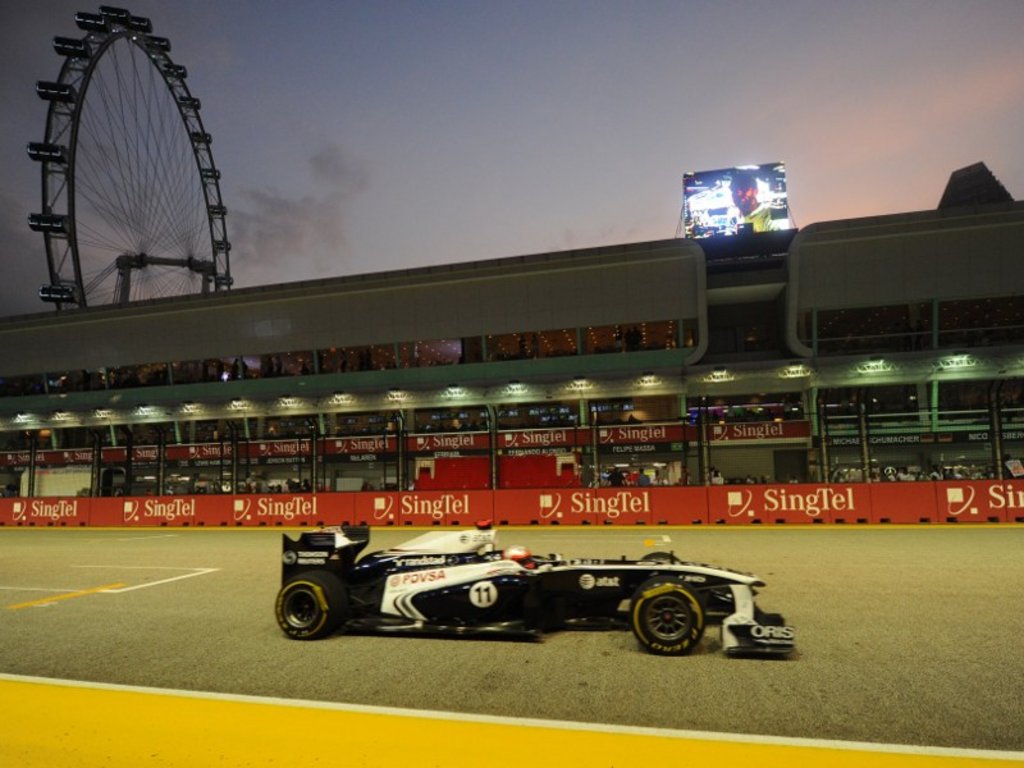 Once again it was not a great Friday practice for Williams, who joined Lotus, Virgin and HRT at the back of the pack…

Once again it was not a great Friday practice for Williams, who joined Lotus, Virgin and HRT at the back of the pack…

Williams:
Rubens Barrichello: “We had an effective morning during which we managed to try out various different things. The afternoon brought a few issues and so we were not able to run as much as we would have liked. We will iron out those areas tonight in order to find some more performance in the car.”

Pastor Maldonado: “We haven’t achieved the optimum set-up yet as we have some issues with the aero balance on the car but we can work through those now and in tomorrow’s practice. With more rubber going down, the track will improve and so will the car so I think we can be optimistic for qualifying.”

Team Lotus:
Heikki Kovalainen: “I was pretty pleased with where we ended up, but obviously we wanted more running in P1. The fire this time was much smaller than last year, and with brakes at the temperatures they run it’s not uncommon to see them catch like that, but it wasn’t a major issue at all and we got where we wanted by the end of the day’s running. I think we can keep getting more from the new package here – there’s definitely a couple more tenths in there so let’s see where we are tomorrow night.”

Jarno Trulli: “I didn’t have the best runs today, but I’m still relatively happy with where we finished. We were able to get good temperatures into both compounds, but traffic and the red flags ruined both my quick laps so I don’t think we really showed what’s in the car yet.”

Virgin:
Timo Glock: “Not a great first practice session. It was a pretty short one due to the problems on the track and then the incident with Webber, which in the end made us lose a lot of time. The rear left tyre was punctured and I didn’t run again as we didn’t want to waste a set of tyres in FP1. FP2 wasn’t great but it was slightly better. We did some variations in terms of set-up and the direction is not bad, but it’s still difficult on a long run as we suffer on the rear tyres. We have to look into it and try to fine-tune the car for tomorrow.”

Jerome D’Ambrosio: “An interesting day getting back into Singapore mode. This is the first time I have had proper night running, so it’s very different – it’s quite warm and the race will definitely be long. It’s definitely going to be interesting. In terms of my performance today, I’m quite happy. FP1 went okay, even though we lost a bit of time – but we all did. FP2 started well with a race simulation. The only negative point is that on the new tyre run, on my Supersoft tyres, I went a bit wide on the kerb and damaged a bit of the front wing and the floor, as well as having to abort that lap because of the yellow flags. I came in and they repaired everything, but when I came back out the floor wasn’t optimal anymore and I definitely lost some performance on the tyres. So we will have to look into this and I’m sure it will be an interesting qualifying tomorrow.”

Hispania:
Daniel Ricciardo: “I knew beforehand that this Grand Prix would be a big challenge and it didn’t let me down but it is really hot and the circuit doesn’t create much air flow; it’s like a sauna in there! I have really enjoyed it because the track is good: tight and challenging. You can’t even blink. Today was positive but we are yet a little bit off our closest rivals. We need to try and close that gap for tomorrow’s qualifying. Racing at night is not much different in terms of visibility, but it is really nice seeing the lights reflecting off the cars and the sparks flying. I’m enjoying my first taste of night racing.”

Tonio Liuzzi: “I’m quite pleased with how the session went. We had to adjust a few things set-up wise; there was a bit of oversteering at the front end and we had to modify the balance a bit. We went into a bit of traffic every time we were on soft or supersoft tyres so we couldn’t get achieve the best lap time but I’m positive ahead of the weekend. With the 5 place penalty, there’s not much we can strive for tomorrow so we have to focus on Sunday’s race.”