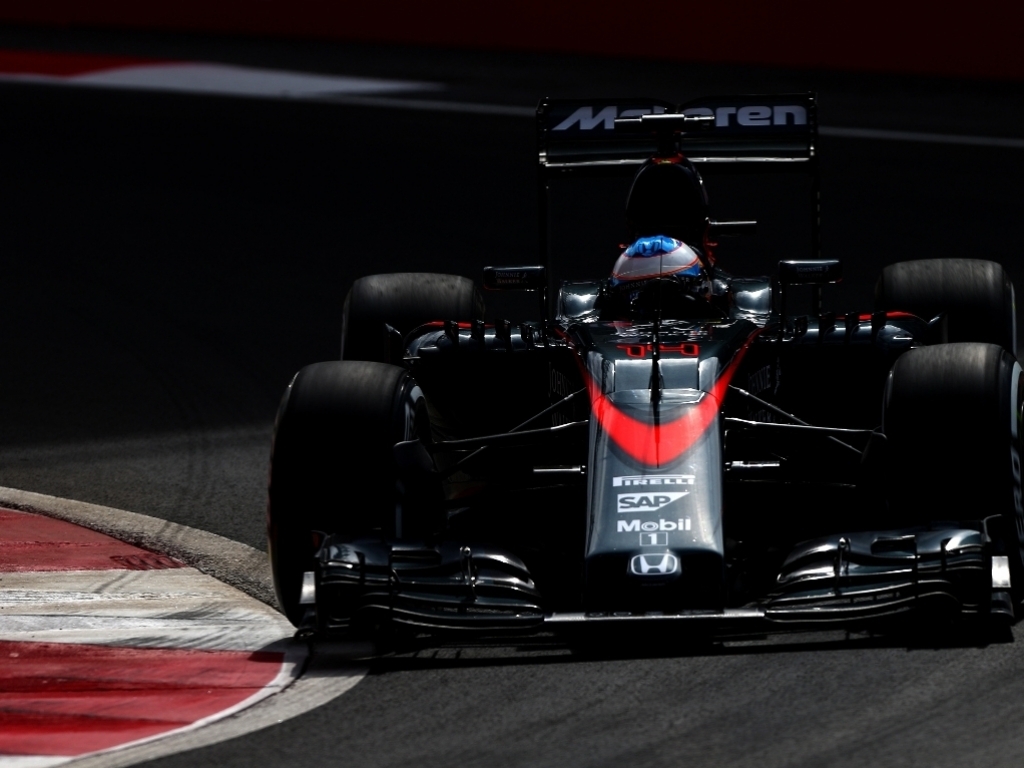 Mixed session for McLaren with Fernando Alonso P8 while Jenson Button only completed a handful of laps after spending a lot of time in the garage.

Williams
Valtteri Bottas: “We had plenty of running today, which was good. The conditions were very difficult, with very low overall grip because of the high altitude, but also because of the new asphalt which is very slippery. Tonight we need to look at how we can get the tyres to work and bite better on the surface, that’s the main thing. But so far it’s not too bad, I think we can have a good weekend.”

Felipe Massa: “It was a very difficult day. It was the first time on this track and it was one of the most slippery tracks I’ve ever driven in my life. It was difficult to keep the car on the track, especially in the wet as the conditions were really slippery. Even in the dry we had to work to understand the grip of the tyres which was very difficult. We have a lot of work for tomorrow to understand the car, the track, the balance and even the weather, this will be important work for the outcome of the rest of the weekend.”

McLaren
Fernando Alonso: “During FP1, some debris caused a cut on my left-rear tyre, so I had to do a run on Intermediates. Nevertheless, the car keeps improving with the new parts. We’re definitely making progress, but, obviously, with the penalties we have, we’ll be starting from the back row. That means we’ll spend tomorrow concentrating on our race pace and tyre management – we witnessed more degradation out there than perhaps we’d expected. It’s great to be at a new circuit. The atmosphere within the circuit is great – the people are very enthusiastic. The track itself is very slippery – which makes it not as enjoyable as we’d hoped for – but hopefully tomorrow a bit more rubber will go down and we’ll all be a bit faster in the corners.”

Jenson Button: “This morning was tricky – there was very low grip, and it felt like the water was staying in the asphalt, which felt very strange. In the afternoon, the grip was much better – the track is more fun to drive when it grips up; you can place the car and carry speed through the corners.Regarding brake wear, I think it’s going to be a tough weekend for everyone – particularly in the race, when cars will be running closely in traffic. But I’m looking forward to an unpredictable race – despite starting from the back, we’ll be aiming to make a good start and the drive the wheels of it, as we always do. We can have some fun around here.”

Force India
Nico Hulkenberg: “The circuit is definitely a big challenge, but it’s good fun to drive. It’s very technical and quite tricky to get it right. Sectors one and two, after the straight, are quite twisty and low-speed: the grip levels are very low, due to the new tarmac, and it’s very easy to make a mistake. I am happy about the direction we are taking: there is still a lot to be done to find some more performance, but we are at a good starting point and I am sure that looking through the data will help us progress. We were able to complete a lot of laps, using both tyre compounds, and I think we have a pretty good understanding of where we are ahead of qualifying tomorrow.”

Sergio Perez: “It’s been a very special day from a personal point of view, but my focus remains on the work we have to do to prepare for the race. The circuit is quite challenging and, as we expected, very slippery. In the middle sector there is a lot of movement with the car and it’s very difficult to get the car to stay on the right line. The altitude affects the levels of downforce pretty dramatically, so you end up being fairly light no matter what levels you are running. The conditions are very tricky but they’re the same for everyone, so we will need to adapt. I want to give all the Mexican fans who come to the track this week something to celebrate on Sunday: it was great to see so many of them today and I am feeling optimistic that I will be able to deliver a good result for them.”