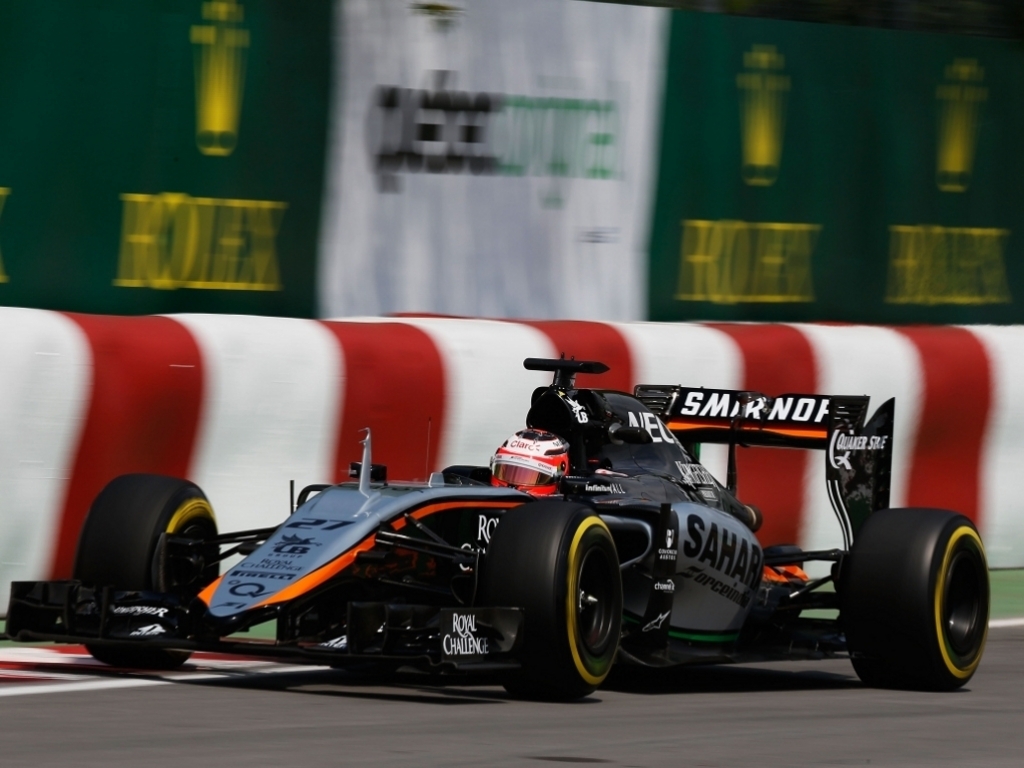 Valtteri Bottas and Felipe Massa look like they are in for a decent weekend as do the Red Bull and Nico Hulkenberg.

Williams
Valtteri Bottas: "The rain compromised FP2 for everyone but we knew it was coming so we were able to do a little bit of work at the end of FP1 that we would normally do in FP2. I did a longer run with higher fuel so we got some information on brake, engine and tyre temperatures, and car balance. Today we were as competitive as we have been on any Friday this year, so we should be looking at least at the same kind of performance as in Barcelona. Qualifying can be very close here, even if you get everything right, so we need to make sure we find everything there is to find."

Felipe Massa: "We missed a bit of FP2 because of the rain, but before that the car behaved well and I had a good feeling for the balance straight away. The grip level from the track was very low, but that’s the same for everybody. This is definitely a better track for us than Monaco. Tomorrow morning will be even more important after the rain today, so we need to understand a lot in FP3 to prepare the car for qualifying."

Red Bull
Daniil Kvyat: "We have been playing around with different settings to find a good balance for tomorrow, but we have more work to do in the morning. There doesn’t seem to be any issues with the brakes, I came in for the guys to check them, then my session was cut short because of the rain. We will keep pushing with this engine and when we need to change it, we’ll change it and deal with penalties then."

Daniel Ricciardo: "It would have been nice to get more laps in today. We tried a set-up this morning that didn’t feel quite right, so we reverted back to a more conventional set-up in FP2. This worked better but we just didn’t get enough laps in with the session cut short because of the rain. We were a little off the pace today, but we tried four set-ups between the two cars; we’ll look at these and find the best compromise to hopefully propel us towards the front tomorrow. We are going to try and push on with this fourth engine for this race, ideally we want to get through Austria with it as well, but we’ll see how we go."

Force India
Nico Hulkenberg: "I’m feeling pretty positive about today. The car has performed well so far and I’m fairly happy with the balance and confident with the performance. In fact, right from the first lap of practice, I’ve been feeling comfortable in the car. The afternoon session was obviously interrupted because of the rain. We knew it was coming so we tried to do as much as we could before it arrived. I’m feeling happy about what we learned today and we have a good chance to have a strong weekend."

Sergio Perez: "We did a lot of work this morning trying different downforce levels because it’s very important to make sure you have enough straight-line speed for Sunday. The second session was very rushed because we knew the rain was coming. We went out straightaway on the supersoft tyres and the track had very low grip. I also did a long run on the supersoft which gave us the data we needed. Overall I’m feeling optimistic for the weekend: I’ve got a good feeling with the car so we just need to keep up this rhythm and get a good starting position tomorrow."