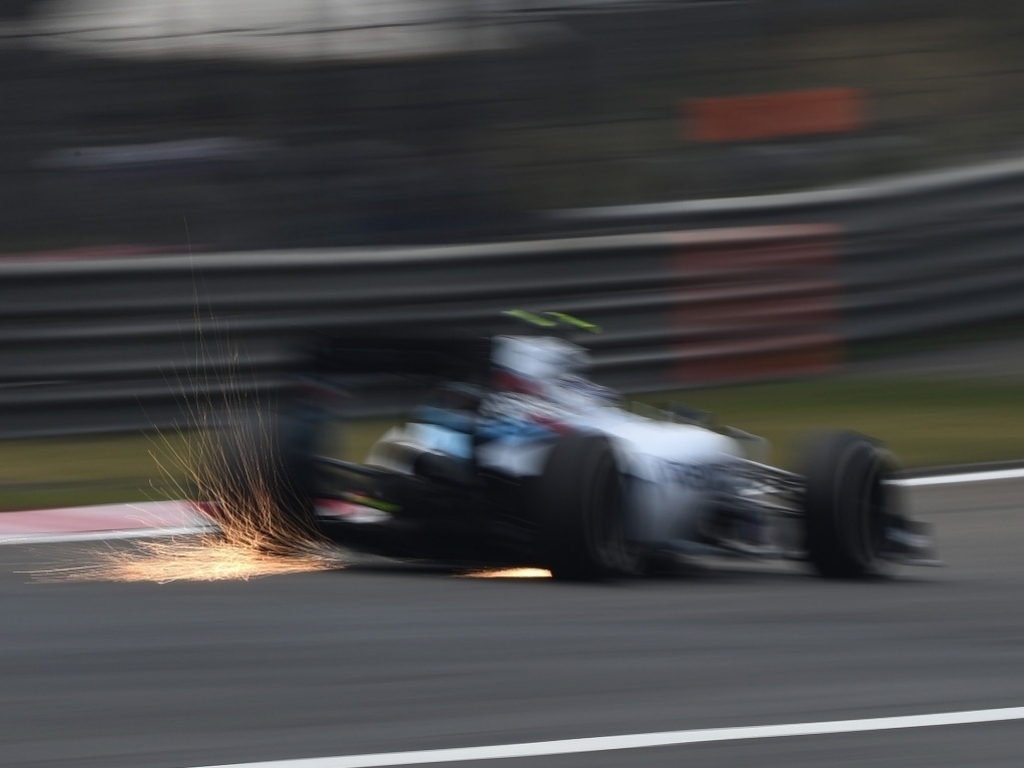 There were top ten times in Friday's practice in Shanghai for Valtteri Bottas, Felipe Nasr, Romain Grosjean and Jenson Button…

Williams:
Valtteri Bottas: "It was a normal Friday for us without any mistakes or unknowns. The updates we brought have worked, so we are a little quicker through the corners now, which is always positive. The temperature here suits us better than in Malaysia, so I think we can be strong in qualifying but we need to make sure we focus on the race and especially on the front left tyre graining."

Felipe Massa: "The first session went to plan, but this afternoon we had a few issues with the rear wing. Under braking I lost all grip in the rear tyres and as a result the car spun which put me out for the rest of the session. We lost a lot of time, but the team made the changes to Valtteri’s rear wing so the same wouldn’t happen to him. We need to have a strong day tomorrow to set ourselves up well for the race."

Sauber:
Felipe Nasr: "It was a good day. I am satisfied as I think we have fixed the issues we had in Malaysia. The updates we brought seem to work well. We need to make sure we do a good job in qualifying and find a suitable set-up for the race. I think we have a good chance of scoring points again."

Marcus Ericsson: "It has been a decent day. I did plenty of laps working through the planned programme. I think I had been struggling a bit to get a good feeling for the car on new tyres. However, on used tyres during the race simulation at the end of the day we were quite competitive, and I felt comfortable, which is promising for the race. Now, we need to fine tune the set-up of the car overnight to make sure of having a good qualifying tomorrow."

Lotus:
Romain Grosjean: "Obviously I’d have preferred to be in the car for both sessions but we had a good afternoon and we’re always happy to see a top ten lap time. We completed a good number of laps and the car feels basically pretty strong. As always, we’ve got some areas we can improve on but we’ve made a good start."

Pastor Maldonado: "I didn’t feel 100 percent happy with the car for all of today, but we made good progress on getting the set-up where I want it so it’s been a good day. The weather’s been pretty good here and certainly better than some of the forecasts we saw earlier in the week. It’s a fun circuit to drive with some good challenges and I think we should have a strong car for tomorrow’s qualifying."

McLaren:
Jenson Button: "We look reasonably good out there, but that can perhaps be explained by the fact that we seem to have been able to extract the maximum out of our car today, whereas perhaps some of the other teams haven’t. Still, the car feels nice to drive – especially when we’re running on the Option tyre. However, our one-lap pace seems to be better than our performance over a long run, which is a turnaround from how we went in Malaysia. But I think we can make some improvements in that area for tomorrow. Irrespective of today’s finishing position, the feeling with the car is good. There’s still plenty of room for improvement, but I’m looking forward to the rest of the weekend nonetheless. There’s been progress today – hashtag progress!"

Fernando Alonso: "It’s been a very positive Friday for us – I enjoyed both sessions. We completed our aero programme during the morning, and then focused on set-up work this afternoon. All the updates we brought here seem to be working as we’d expected, and they’ve put us closer to the mid-pack. It’s very encouraging to see that we’re moving firmly in the right direction – it’s a question of time as to when we’ll become competitive. Obviously, we began the season from a lower starting point than some of the other teams, so it’s been easier for us to make quick improvements, but the team is so focused and determined to improve – that’s very impressive. While it’s been great today to run in the middle of the pack – and I want to be able to maintain that sort of progress – we need to keep our feet on the ground: we saw in the first two races that the others tend to take a step forward in qualifying, so we’ll see what happens tomorrow."