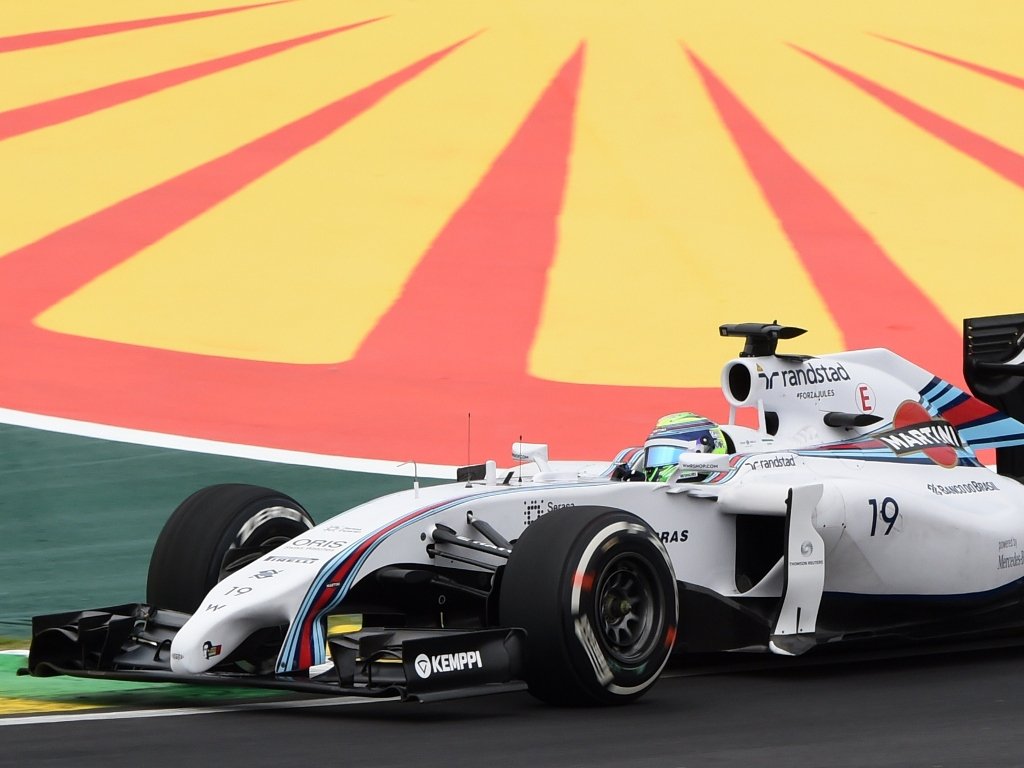 Williams:
Valtteri Bottas: “It was an interesting day; the track felt quite different with the new surface but it seemed to have a decent amount of grip and was cleaning up quickly. There was a bit of graining on the option tyres but not nothing major and they seemed to be lasting better than last year because of the smoother track surface. We still have work to do with the car balance but the initial feeling is pretty good. In dry conditions we seem competitive and on the pace, but the weather is looking very variable over the weekend so we need to be good at adapting to it.”

Felipe Massa: “Today was about understanding the car and its balance on the new asphalt. The grip was actually pretty good and felt better than it has been in recent years, but because it is brand new, quite dirty and the temperatures were very high, it was difficult to get a real understanding of the car’s balance on the long runs. The car is feeling pretty good so we are starting from a good base, and as the track keeps improving I hope we can follow that progression with the handling to make sure we are in the hunt for tomorrow’s qualifying.”

Toro Rosso:
Daniil Kvyat: “Mixed feelings today. In the morning we looked quite competitive, while in the afternoon our performance was not that good. The track conditions between the two sessions changed a lot, making it difficult the get the best out of the tyres. It looks like conditions are going to be changeable this weekend, so we have to be ready for everything. The positive is that we know in which direction we have to move. We have some homework to do overnight, but I’m confident we can improve for tomorrow.”

Jean-Eric Vergne: “After just a few laps in this session, I suddenly suffered a loss of power, a complete black out on the electrical side, which we will have to investigate now. Unfortunately it was not possible to get the car back to the garage to have a look and see if we could fix it in time and go out again. Not driving on Friday doesn’t help us to set up the car properly but this won’t stop me from having a good weekend.”

McLaren:
Kevin Magnussen: “The car doesn’t feel too bad around here, but it’s been difficult to set competitive times because we’re lacking a bit of top speed compared with some of the others. We need to look at why that’s happening. In today’s high temperatures, we struggled with the tyres a bit more than we’d expected, too. If we experience similar conditions on Sunday, we might see a bit of degradation across the field. But it’ll be the same for everyone, so won’t be too much of a problem, and it may possibly rain anyway. If it’s dry on Saturday, I think we can still improve the set-up and make some progress. We should be able to find some more pace, in fact, and hopefully get a decent result in qualifying tomorrow.”

Jenson Button: “This morning was a bit problematic – I only managed to get an install lap under my belt just before I had a problem with the ERS unit. But things were better this afternoon. The new asphalt changed the character of the circuit quite a lot, which is a shame. What’s also strange is that our maximum speed is quite a way off that of the front-runners – our downforce levels don’t look too dissimilar, but we wouldn’t have been able to match the best top speeds without taking the wing off. There’s a lot of work to do overnight, but I think we understand where the issues lie. Tomorrow looks like it’s going to be colder and wetter – which will mix it up for everyone – so it’s important for us to find the right set-up, because the forecast says Sunday will probably be dry. Even if qualifying is wet, we really need a dry FP3 to refine the set-up. The car is definitely better than we showed today.”