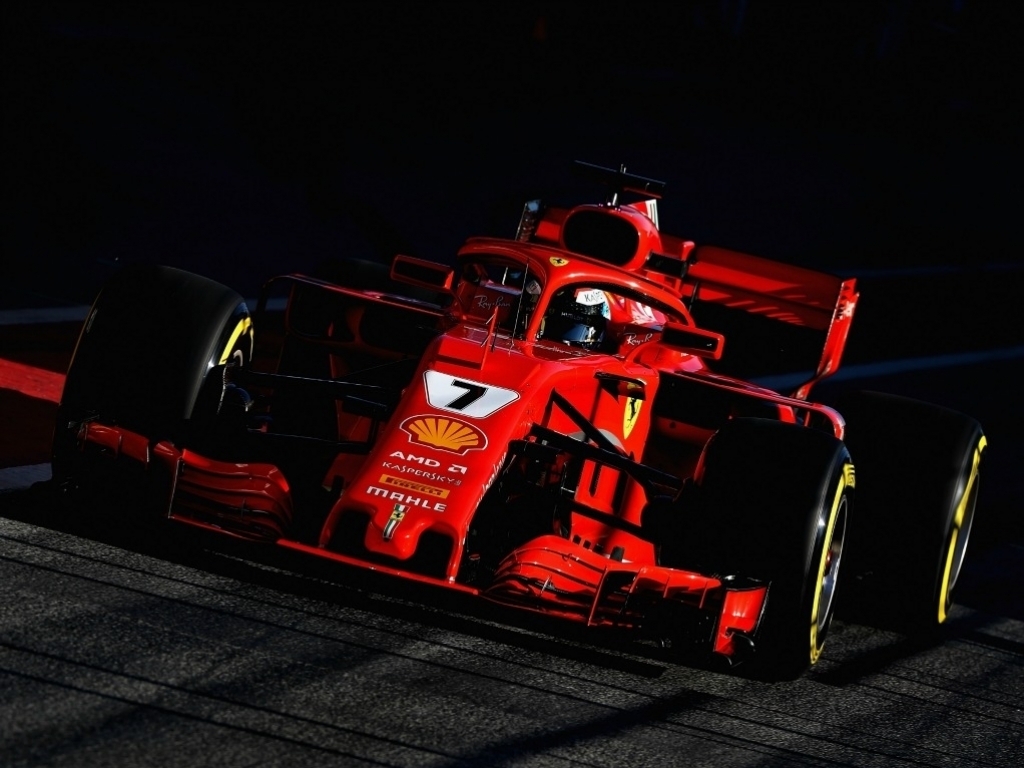 Kimi Raikkonen led a Ferrari 1-2 under the lights in Bahrain practice while Valtteri Bottas was the lead Mercedes man.

Ferrari:
Kimi Raikkonen: “It was a pretty straightforward day and the car felt ok. As on any Friday, we tried different things, tested and learned as much as possible. The feeling was pretty much the same everywhere, but in certain zones of the track we want to do better. If we look purely at lap times it was OK, but that doesn’t tell you much; It’s only the first day and it’s impossible to know what the others were doing. At the end of the second session, right after the pit-stop, I felt some vibrations in the car and the team told me to slow down and park the car. We found out that the front wheel was a bit loose, so we had to stop. For sure we still have to improve; tonight we’ll put all the data together to try and do even better.”

Sebastian Vettel: “It is difficult to say where we are just from one day of practice but we did make some progress. In the long runs we can do better, so let’s see what happens tomorrow. We made some mistakes here and there, but we tried to get the rhythm for qualifying. This is the time you need to try and take the car to the limit, especially this evening because conditions are the same as those you will have tomorrow and on Sunday night. I don’t have any conclusions to draw after the results we got today. We focus on ourselves and mostly try to get a better feeling with the car, as we still have some work to do, but I think we can improve further.”

Mercedes:
Valtteri Bottas: “This weekend is difficult because the track improves so much from one session to another. We could already see it today, you feel more grip with every single lap and the car balance is changing so we always had to make estimates for the next session and the next runs. Our main goal today was to get the softer compounds to work. On the Supersoft we did pretty much the same time as on the Soft, so getting the most out of that compound is the key thing for tomorrow. The car feels okay, but we still need to find some pace, especially for a single lap. So we still have some work to do.”

Lewis Hamilton: “It’s been a normal Friday, we’ve got through all our programme. It looks very close between all the teams and we definitely have got some work to do to try and see if we can eke out to be ahead of the others.”

Red Bull:
Daniel Ricciardo: “Overall it wasn’t a bad day. Obviously, this morning was pretty strong but the evening session was not as good; we made some changes that didn’t work as well as we hoped. I don’t just want to go back to the Practice One car as I think we can still make it better. We can find a happy medium on the balance and the overall feeling is not too bad. I don’t think the position this evening is too important. I got traffic on the first lap, so I had to go for the second lap, and for sure I lost a bit of lap time there. Mercedes will still turn it up in Qualifying but we will be closer than where we were tonight. I’m confident that we will have a good car and tomorrow I’m sure we can be better than sixth and hopefully even better again in the race. I also just want to say that I don’t want Valtteri to get a penalty. This is Practice and it’s frustrating but I don’t think anyone agreed with my penalty last week and I don’t want to start that game. I believe he wasn’t told on the radio, so it’s probably not his fault.”

Max Verstappen: “We had a small issue this morning. These things happen so it doesn’t concern me looking ahead to the rest of the weekend. It was not ideal to miss so much track time, it meant that I spent the beginning of the second session searching for the balance of the car which took a while. For such a short time in the car I managed to find quite a good balance and the long run pace looked pretty positive. I was also happy with how the tyre degradation looked at the end of that session. Come race day it will depend a lot on strategy, you can follow at this track better than others so with the right planning and a bit of luck you can get a good result. I think Practice 2 is the most important as it’s the closest conditions to the race, the others are a bit warm. Tomorrow we need to fine tune the short run pace in order to put ourselves in contention on Sunday, I’ll try to improve the feeling and balance to put myself in the best position possible.”