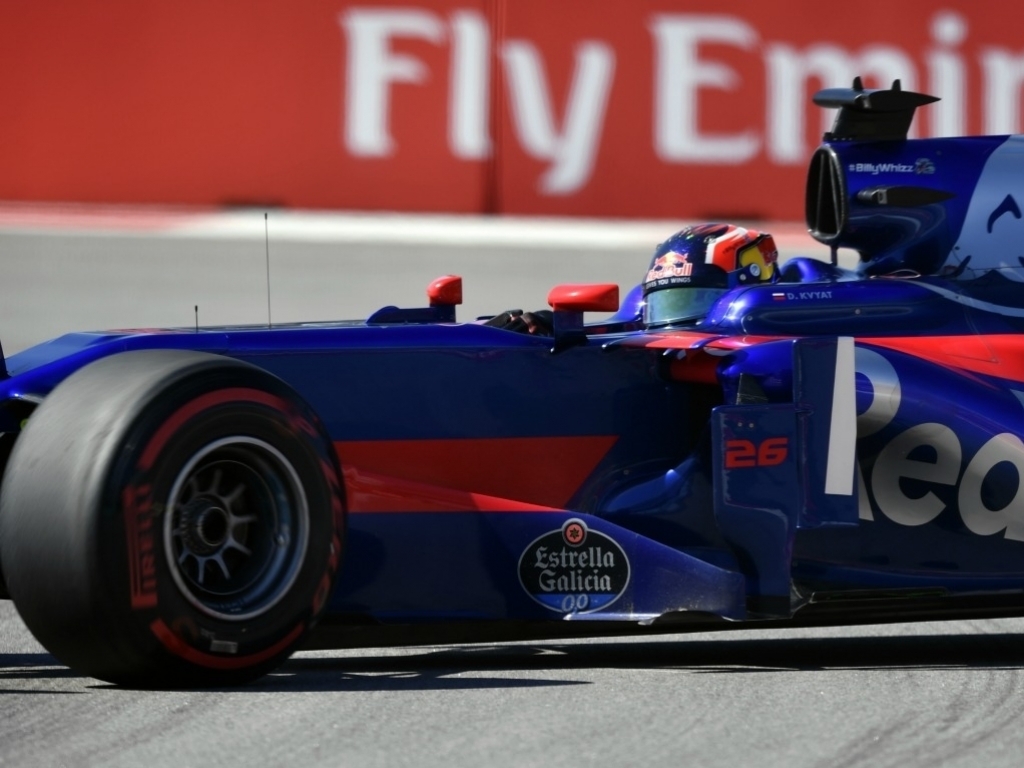 It was not a great start to the Russian GP weekend for Daniil Kvyat with Toro Rosso joining McLaren and Sauber at the bottom of the timesheets.

McLaren:
Fernando Alonso: “This is something of a power circuit, so, with our car in basically the same configuration as we had in Bahrain, we’re not expecting to make much of a step forward this weekend. I think it’s going to be an interesting weekend in terms of what we can achieve on what will be a tough track for us. We’ve been testing the tyres throughout the sessions – they seem to last for a very long time and be very consistent, so it’s likely that we could have a one-stop race, as predicted. Also, the tyres seem to take some time to fully warm up, so it doesn’t look like the first lap we do in qualifying will necessarily be the fastest – we’ll have to do multiple laps. That’s the same for everyone, but we need to find a way to speed up the warm-up. Friday’s homework is done, let’s see what we can learn tomorrow.”

Stoffel Vandoorne: “We had some engine problems again in FP1 – and that means we get a 15-place grid penalty this weekend. Still, it was really only a matter of time before we got a penalty since the start of the season has been tough for us. Unfortunately, today was a tough day but you have to try your best to move on from it. There’s nothing much we can do about the situation we’re in at the moment. Still, let’s hope some improvements will come soon. FP2 wasn’t a 100% problem-free session, but at least we were able to get some more laps under our belts. Hopefully tomorrow we’ll have a smoother day.”

Toro Rosso:
Carlos Sainz Jr: “I think we’ve learned a lot out there today, but it’s been a challenging Friday – the track is very slippery and it’s tricky to get the tyres up to temperature. This makes our life fairly difficult during the out laps and the push laps; even if the sun is out and it’s quite a warm day, it’s proving to be tough. We now need to keep working and get ready for tomorrow, as we’re not exactly where we’d like to be.”

Daniil Kvyat: “A difficult start to the weekend… there was just no grip out there today! Unfortunately, the car is lacking a lot of speed, so we need to analyse and understand why this is happening and hopefully improve it for tomorrow.”

Sauber:
Pascal Wehrlein: “It is good to be back in the car again. Although we had difficulties with the balance of the car, especially with regard to the rear and the tyres – the temperatures here in Sochi are not comparable to the test days in Bahrain. Now we need to analyse the collected data in order to make improvements for tomorrow. So far we are not yet where we want to be.”

Marcus Ericsson: “It was not the best Friday for us. We found some improvements during the test days in Bahrain, but we could not get them to work here as we wanted. The track conditions are quite different with lower temperatures than Bahrain. All in all FP1 was not satisfying, then in FP2 things were getting better. We have plenty of work to do for the rest of the weekend. We need to understand in which areas we can improve, so that we can find more lap time.”