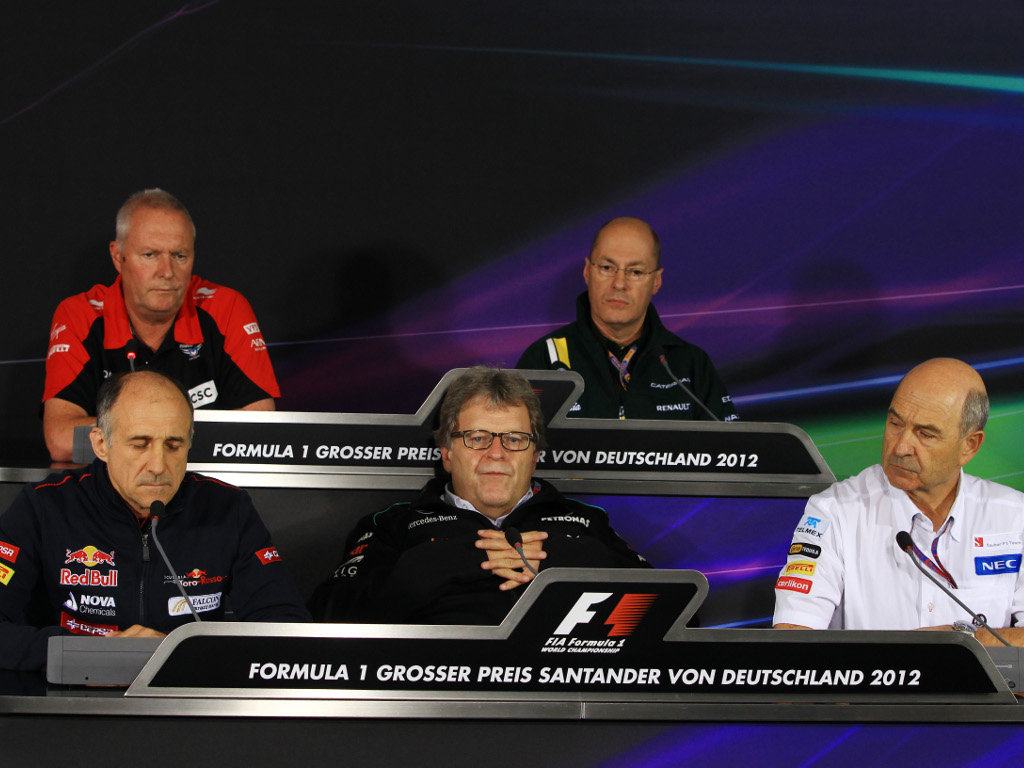 Q: Mark, if I can start with you. First of all, we’ve seen a certain number of developments over the last couple of races. How promising were those? Are we going to see further upgrades in the coming races as well?
Mark SMITH: We took an upgrade to Silverstone. We were hoping for some dry running, which obviously was forecast very early on not to happen. That hampered us quite a lot actually. We genuinely believed we’d have the opportunity to have some dry running in Hockenheim and we’ve had very little so far. So really, we’re struggling to develop the car around the updates that we have, predominantly because of the lack of dry running. We know from the running we did at Silverstone we have performance on the car but we probably extracted about 40% of it at most.

Q: You have a team move coming up: how disruptive is that going to be? Obviously it’s planned to be as least disruptive as possible but it is mid-season.

MS: It is mid-season, but it is during the two-week shut down, so it’s never going to be ideal but I think it will be fairly painless. One of the biggest challenges is probably the IT infrastructure. Work is already underway with respect to that. Things like CFD clusters represent the biggest challenge in that respect. The rest of it? If you think about the race team, they can live out of an F1 facility and operate anywhere in the world fairly self-sufficiently. So for the race team, post-Hungary, they’ll go back to Leafield and the rest of us will move after the shutdown on August 20th. The majority of us.

Q: John, you had updates at Silverstone as well, despite a difficult development period leading up to that. Did they show the promise you were hoping for and will they lift Timo back into the peloton as it were?
John BOOTH: As Mark said, it was pretty difficult at Silverstone and again here to verify where we think we are. The upgrades were substantial and significant in that it was our first upgrade derived from the wind tunnel programme and our partnership with MAT. Some of it looks very promising so we take heart from that and we also have a few more bits here to give Timo that extra boost.

Q: It’s been 13 days since Maria’s terrible accident and everyone in the press room is very appreciative of the statements you’ve put out, particularly the last one, but in terms of questions still unanswered, there are still one or two. So where does that leave us, the press?

JB: We had two priorities immediately after the accident, first being Maria’s welfare of course, that was foremost in our minds. The second was to start to investigate the cause and clear the car of any part of that of course, with Silverstone coming up. We established that but then revisited our findings straight after Silverstone and now we’re 100% confident that the car was not to blame in the slightest. As for the wider investigation, that is ongoing and will be a very long process, as in England it has to be, it’s taken very seriously there, as you know. It will be some time before we know the final outcome. It would inappropriate for me to comment any further on that.

Q: Question for the front row regarding German Grands Prix. We have representatives of Germany, Switzerland and Austria – how important is this German Grand Prix to you?
Franz TOST: For me the German Grand Prix is a classic grand prix. In Europe from the history we have four grands prix which are very important. That’s Silverstone, one grand prix in Germany at the N