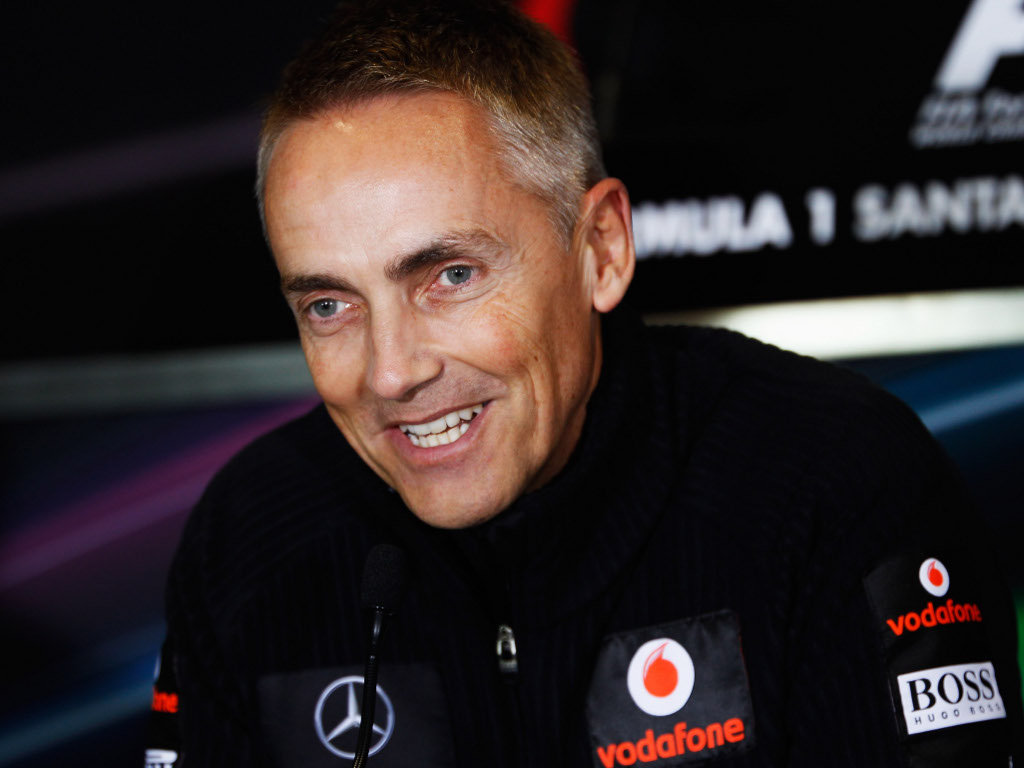 Franz, can we start with you? Obviously, Daniil Kvyat coming in next year. What lies ahead in the next few weeks and months in terms of getting up to speed for his Super Licence, practicing, testing? And what expectations do you have for him?

Franz TOST: We will have a test with him next week to get the Super Licence. Afterwards, he will go out on Friday in American and in Sao Paulo and of course we will have winter time, where he has to do a lot of work with physical training, mental training, then working on the simulator to prepare him as good as possible for the next season. I’m convinced he will do a good job because he is a very high-skilled driver. He has done, this year so far, a very good job in GP3 where he still can win the championship. He has 131 points, seven points behind the leader, and I’m quite sure that he will show a very good race tomorrow, and on Sunday. Apart from this he showed a very good performance in Formula 3 – in the FIA Formula 3 European Championship – where he won the last race in Zandvoort, starting from the pole position. If I remember correctly, his first race, in Hockenheim, he was also in pole position and finished the race in third. For us, for Red Bull and for Toro Rosso, he is a very high-skilled driver and I think that he will have a successful future.

FT: Yes, the grand prix here in Abu Dhabi is one of the highlights for Scuderia Toro Rosso because we have a very close business relationship with IPIC, which is a company based here in Abu Dhabi and our main sponsors, Cepsa, Nova Chemicals and Falcon Private Bank belong to this company and therefore we are every year very much looking forward to coming here and I just hope that we will improve our performance, which was not so good today, to show a good race on Sunday.

Moving to Graeme, you’ve already secured Jules Bianchi for 2014. What’s the right kind of driver to put alongside him for next year? Which direction are you looking?

Graeme LOWDON: It sounds simple to say a quick one but that’s what everybody wants – a quick driver. I think something special about next year are the new regulations for the power unit. That’s going to create really quite a few new challenges for everybody up and down the grid. I think there’s a very strong argument to say keeping the same line-up we currently have would be a good thing. That said, typically at this stage of the year, in previous years we wouldn’t have finalised our driver line-up and it’s the same this time. I think we’ll just have to evaluate where we stand, what’s the best solution for the team moving forward and then announce in due course. I have to say both drivers this year have done an exceptional job. I think a lot of people have forgotten that we started this year with a rookie line-up and that’s quite unusual and I think both guys have done a very, very good job, sometimes under some difficult and challenging circumstances. So, we’ll see how we move into next year but I think there is a strong argument to say that trying to keep the same line-up would be a very positive thing for the team.

You’ve secured your commercial arrangement with the commercial rights holder. What does that allow you to do now and what difference does it make to you?

GL: I think in all honesty the biggest difference is how we’re perceived in the outside world. It was a very strange situation when most of the teams in Formula One – in fact, all of the teams in Formula One – had an agreement with the commercial rights holder, apart from our team. It quite clearly would lead to questions when we’re looking at potential partners and sponsors for the future. Probably the biggest thing is that external perception in a way. We’re perceived to be on the same grid, in the same pit lane as every other team now and it’s just removed some of that uncertainty and allows us to focus on what we should be focusing on, which is going racing.

Cyril, coming to you. Obviously you’re in a race with Marussia for that important 10th place in the Constructors Championship. This time they’re ahead, a position that hinges on their 13th place in round two. Do you believe you can get that 10th place back off them again before the end of the season?

Cyril ABITEBOUL: It’s tough. It’s going to be a challenge, in particular because we don’t have all the answers in our hands. Obviously, we need to do the best we can, make sure that we go for them in turn one in particular, but also to finish the races, that we are reliable. Even if we do all of that and if we achieve a good result, we need more, we need a little bit of external help. Maybe a bit of retirements would assist. So, hopefully that’s something we will secure. We secured that last year in the last minute of the last race, so why not again this year? But I’m not against having that a bit earlier than last year to be honest.

Q: What’s the state of play with your drivers for next year? What are the important criteria for you and when do you hope to have that concluded?

CA: We would like to have that done fairly quickly, I would say. In particular sooner than last year – because we were late in confirming our line-up -because there is an awful lot of work to be done between the teams and the drivers. A lot of teams are changing, including for the drivers, and the sooner we can integrate and work together, the better it will be for next year. Having said that, in terms of what we want, there is a lot of options. Consistency is a good thing, so one of the options is that we continue with the two drivers that we have, building on the relationship that we have started. But everything is changing anyway, so I think one thing we want is someone who is reliable in his feedback because we will have to develop the car during the season. We didn’t develop much the car this season. Next season will be a totally different ball game – in particular the start of the season when everything will be new. We will have to adapt ourselves, the drivers will have to adapt themselves, so experience might be something that is interesting but more than anything I think someone who’s capable of being almost transparent and providing the most accurate feedback as possible to the engineers who’re trying to understand how the car is working, is something that will be important for us.