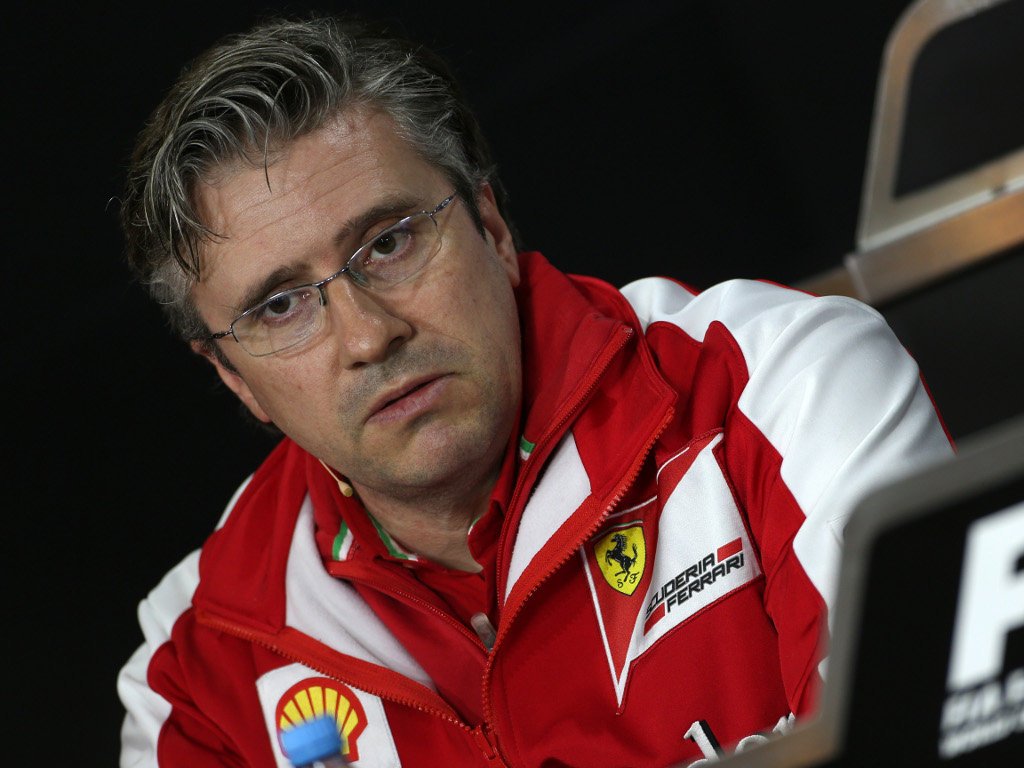 Dave if I may start with you. You’ve got a new partnership starting… I guess it’s started already. In fact, that’s the question: how’s it going?

Dave GREENWOOD: Yes, it’s going extremely well at the minute. The partnership has been running since just around the time of the August break. Obviously a lot of data going back and forth, mainly on the design side at the minute – the big challenge of integrating the engine within the chassis is what we’ve been looking at, the cooling side, those kinds of issues. So, it’s going well. It’s progressing well. Everything’s on target at the minute so we’re very happy with what’s happening.

There have been quite a few changes to the team’s technical operation. How’s that coming along?

DG: Yeah, we were disappointed to see Pat leave, he was a big part of rebuilding our team. But really, it’s Pat’s legacy that’s left behind, which is carrying on. So it’s all the same designers, the same aerodynamicists, the same people leading those team so really we’re just getting on with the job in hand and just fully focused on the 2014 car.

When you say his legacy, was that an organisational legacy – putting up structures?

DG: Absolutely. Putting up structures, discipline, good engineering practices, all the good stuff engineers should do every day and just making sure everyone’s doing it and they’re all on the same sheet.

Tom McCULLOUGH: To be honest we started the year uncompetitively, in position. The pace from the midfield wasn’t too far but we just weren’t scoring the points. We kept coming home from every race weekend, analysing the data, both in low-fuel qualifying and long-run race pace and thinking to ourselves ‘we’re not that far away, but we’re just the wrong side’. We decided to push on the development of the car. We introduced our biggest update package by far for Budapest – totally changed the concept of the rear of the car aerodynamically. Did a lot of work really from the front wing right the way through to the rear wing on the car – it’s a very different car to what was actually launched. And we’ve just addressed the main problems that were limiting us from a car balance and a lap time point of view. The change of tyres happened around the same time too, so lowering the front ride height on a Formula One car tend to help you as well. But, fundamentally, for us the biggest difference really started in Budapest. We didn’t score points but we saw how the car was working aerodynamically and we’ve just built on that from there really.

And now you’re locked in a battle in the Constructors’ Championship with your former colleague and now neighbour up there from Toro Rosso. So how’s the development? Is that still continuing?

TMcC: We brought forward our final update package from India to the previous race in Korea, so there are now no more new parts on our car between now and the end of the year. We’ve had to push the development of this year’s car a little bit more than we wanted to, just because we were on the back foot at the start of the year and we had a few problems to address. So, we’ve been developing both cars in parallel, this year’s and next year’s car. At the moment, level on points. We were a bit lucky with some circumstances last weekend but I think as Jean-Eric said yesterday, it’s sort of game on from here really. We’re starting with the same points, pretty similar car performance from track to track, there’s not a lot in it. So, there’s going to a good little fight between now and the end of the year.

Yes. James, as JEV said yesterday, it’s now a five-race championship for you. What are your thoughts on it?

James KEY: I think what Tom says reflects it well. It is going to be close, to the point where certain tracks and certain conditions suit the different cars slightly differently. It’s going to be tight. It’s exciting to be in a battle like that. But not where you want to be with five races to go with a massive regulation change next year. It’s another balancing act. I think it’s going to be interesting and it is a five-race championship. Starting from this point the rest is all information we can use in these next five races.

What’s Toro Rosso’s reaction going to be? Have you stopped you development or have you got more coming?

JK: On the aero side we have. We brought our last bits in Singapore. We’ve got a few small items to come. Mechanically, there’s sort of an ongoing development process a little bit with trying to adapt to the tyre change still because that had a negative effect on us we think. We kind of know why but there are still a few things to do. There’s a little bit of that going on but fundamentally the car is what it is now, there’s nothing major coming along at all at this stage. And clearly with next year’s car very much the focus of the team there’s not much resource to do that.

So, it’s really almost going to be track specific from now on?

JK: I think yeah it’s potentially going to be down to small detail.

Jonathan, obviously Honda is looming but quite a long way away still. What is the situation? Did you go and seen them, have you been to see them here. How closely are you now working with them?

Jonathan NEALE: We are seeing them here during the course of this weekend. It’s an exciting proposition for us to be back with them. We’ve been working very closely for 10 months or so since we dropped the flag, which is not long in Formula One terms but they’re a powerful organisation and moving heaven and earth at the moment and that’s an exciting prospect. But although that’s on the horizon we’re very much focused on the work we’re doing with Mercedes at the moment because, as the others have alluded to, the step change in regulations for next year means we’ve got to do the job twice in two years, so we’ve got our work cut out.

And in terms of drivers that still seems to be fairly fluid as well?

JN: Yeah, as Martin and Jenson said during the Korean Grand Prix weekend we’ve confirmed what we’re doing on that side but the other side if still open for discussion. But we’re under no immediate pressure. I know there’s a lot of media expectation, I understand that but there’s nothing in the regulations, no structural reason why we’d want to make that decision without careful consideration. So that’s what we’re doing.

Still very much watch this space then?