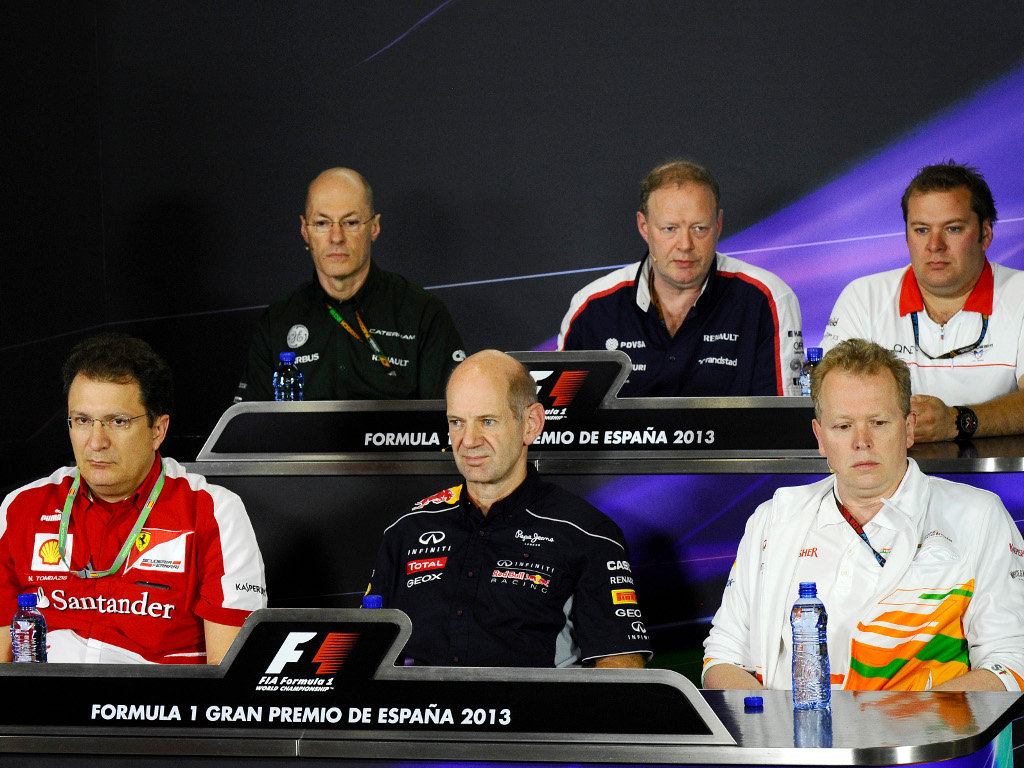 Q.Mike Coughlan, if we can start with you. You won here last year but what conclusions are we to draw from your performances so far this season?

Q.And what did you learn from today?

MC: We learned that the prototype tyres didn’t work on our car and we found that… we had an aero test last week, some things we learned have worked on the circuit here, but we’ve still got a lot of work to do.

Q.Thanks very much. If we can move to Nikolas Tombazis. Obviously, a lot of discussions at the moment about the re-introduction of testing in Formula One. The vote this week didn’t necessarily go in favour of it, but do you feel that’s the end of the story or do you think there is a chance that will be revisited?

Nikolas TOMBAZIS: To be honest I think it’s something more for the team principals to be discussing with each other. I guess there will be more discussion about it but I don’t think it will be at our level of engineer to be honest that we discuss it.

Q.And today? Obviously very close between yourselves and Red Bull. What conclusions do you draw from the running we saw this afternoon?

NT: I think it’s very difficult to draw any conclusions properly from a Friday. I think we are in reasonable shape but it’s impossible to know exactly what fuel levels each team is running. So, I think we’re cautiously optimistic but I couldn’t say more than that. In the morning obviously it was raining so it was not easy to test some of the components we were planning to test. So that’s an ongoing process that will go on for the next race to try and establish whether the new bits are actually faster or not, so it’s not possible to answer all the questions in one single session.