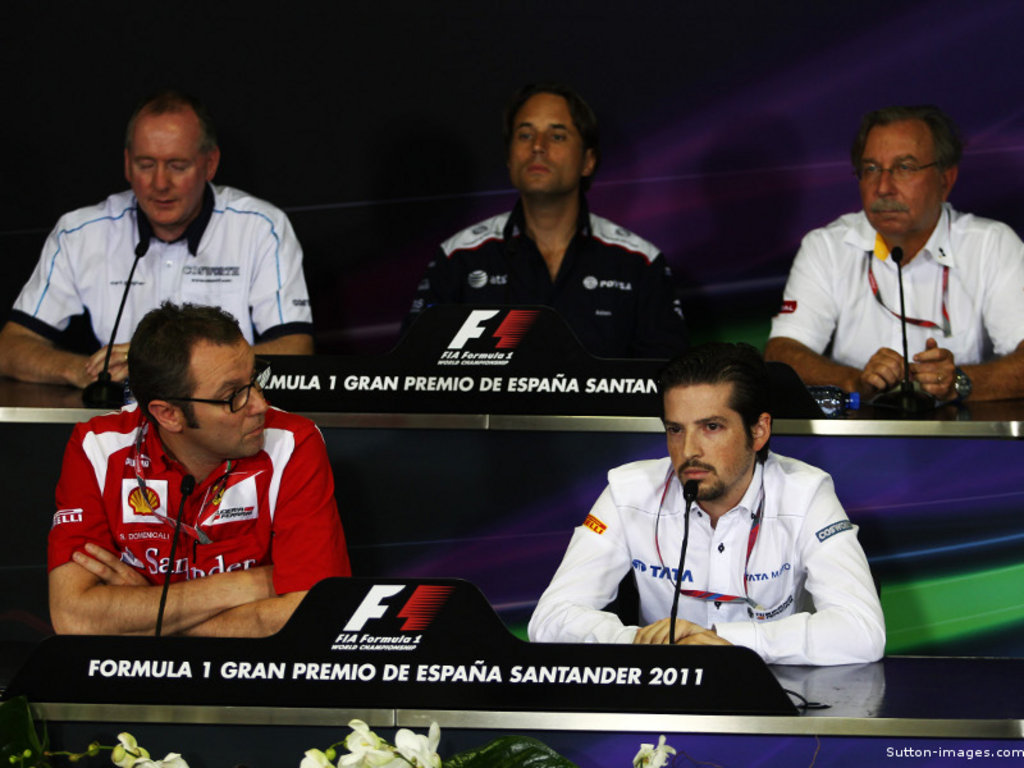 The Renault, Ferrari, Williams and Hispania team bosses joined Cosworth’s Mark Gallacher in front of the press on Friday…

Hispania’s Jose Carabante, Jean-Francois Caubet of Renault, Ferrari’s Stefano Domenicali, Adam Parr of Williams and Cosworth’s Mark Gallacher faced the press on Friday.
Q: Jean-Francois, how will the diffuser rule effect you depending on whether you have them or don’t have them?
Jean-Francois Caubet: Normally (becomes inaudible) because we worked over the winter on the exhaust. We did a lot of work, but I think the FIA decision was a good decision and the next meeting in June probably, the technical meeting, will find the definite decision. But probably we will keep it like that.

Q: Are you in favour of keeping it?
J-FC: Yes, because if you change the rules I think we will find another solution where we will spend a lot of money nearly for the same thing.

Q: Is it true that Renault are looking for another customer team from an engine point of view?
J-FC: Yes, today we are providing three teams, Red Bull, Lotus Renault and Team Lotus and probably for 2014 we are looking for one more team. We have the capability to provide four teams.

Q: And that is with the new engine regulations?
J-FC: Exactly.

Q: Are you in favour of those regulations?
J-FC: I think Renault is very clear on this point. We are fully supporting the FIA. It makes a lot of sense for a carmaker like Renault to be road relevant. I think it is a key point for the future of Formula One. We have started work now for a few months and we will be ready next year, November, to provide for four teams.

Q: Adam, it seems as though the team is evolving at the moment. Going into different areas in business. For example, could you explain your link up with the Jaguar Land Rover type of deal?
Adam Parr: We are doing some development of our business but obviously what’s happening here at the track is still central to why we exist. But the Jaguar Land Rover partnership is phenomenal for us because they are a fabulous company. They are growing extremely fast. They are investing